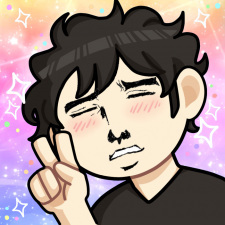 606cypherine Jun 21, 10:28 PM
Hi thanks for accepting my friend req,, (that's a pretty late thank you actually,,, ive been putting it off since I was at disbelief) My friend req before was pretty out of the blue but I just wanted to say that ive watched quite a ton of your vids and found them entertaining, keep up the good work! (Your tags on your anime list was helpful too btw)

abeydaby Jun 21, 5:12 AM
Alright, I'll make sure to check both of them out after they're done airing.

You haven't checked out 86 yet? I heard a lot of good things about it so you'll probably enjoy that as well.

abeydaby Jun 18, 5:08 AM
Thanks for accepting. Watch anything interesting as of late?

Fatephile May 30, 1:18 PM
This is like arguing in CE at Jimmy Carters's basement

StarfireDragon May 27, 5:26 PM
Hopefully. We'll see what happens once the public attention isn't focused on Covid I suppose.

StarfireDragon May 22, 8:29 PM
They have no real incentive to cut spending. The only thing that they have to worry about, is their votes, and if voters don't care, then it's not an issue. Because, being a politician, isn't actually about doing what's right for your country, at the end of the day. It's about staying in power.

That is true, the deck is fundamentally stacked against them. I have nothing but contempt for losers, who will destroy the livelihoods of people, based on a differing view. But I guess if you have no respect for the individual, these types of thoughts don't dawn on you.

Public education does more than just shove propaganda. It conditions kids to not think outside the box. Our reliance on degrees is one of the most detrimental ills of society, if you ask me. At least parents can moderate what their kids watch, but education is something that you don't have much say in, most of the time.

Swagernator May 21, 6:48 AM
It is indeed ridiculous how young people think communism is the way out for every one of their problems, this forum need more comments like the one you made.

StarfireDragon May 17, 11:00 PM
Ah, I guess that makes sense. It's a fair price to pay to follow your dream. I suppose my perception is skewed, as someone who doesn't live there. I would love to see the paradigm shift, honestly. Would be fun to see.

The left made their own bed when they decided to be as vitriolic as they have been. When I first started figuring things out, I figured I was center left, but I gradually became disenfranchised with both sides, and started siding with libertarians. I feel much more comfortable with that assessment.

Honestly, i wanted to blame the left for most things I disagreed with, but over time, I found that both sides are very similar. At least as far as political leaders go. Right now, the conservative party of Canada's leader, is turning out to be Justin Trudeau lite. And I'm not even going to mention Doug Ford, and Jason Kenney, because I don't want to get an aneurysm. I can see why the right wing is becoming more and more disenfranchised.

StarfireDragon May 17, 9:37 AM
Based on your views, I find it amusing that you live in California.

love you so much

SemillaMinoria Apr 2, 8:59 AM
Hey kyoto it seems so rare for someone in a position like you to post on these small forums but I'm really glad that you do. It gives people some hope that there is a chance of succeeding even though the road is difficult and the odds are against us all. I hope you will continue to spread your message.