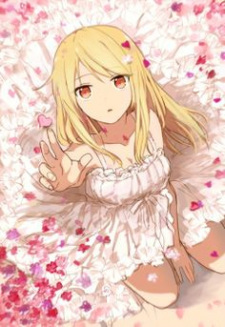 Soulsfear Sep 20, 7:43 AM
It's the most misunderstood anime..the fact they can't even figure out its demography (which is new feature on MAL) is just saying a lot I guess (the ultimate self-aware dementia where the only thing you're supposed to enjoy is the ''hollow'' progression of characters that never really mature or that the plot never really starts..with him being saved it starts..and ends).Btw Detective being dead is term used because the way she chose to die and planned it down really didn't allow her to die at all hence the title.

Well,it's just that the offers they were getting..they couldn't be picky at all.But still their budget and manpower is lacking anyway.

Well,whatever..xD
It took time to get going..that's for sure..and the upcoming Tesla Note is by the same author.

Well,that's something that's given..even if people are vocal about Erased being sh*t lol.

Ye..that's how it is meta at the moment with Shoujo genre in adaptation form.

Ziafung Sep 8, 8:34 AM
The demon genre was long dead already. That or people like the edgy stories. Iruma basically came back at a time when this stuff feels fresh again. Like, this really reminds me of Jitsu wa Watashi wa, but that one had a stronger focus on school, which we have enough of. On another note, I think Iruma counts as an Isakai and that concerns me xD

If it doesn't get better then I have no reason to pick it up again. I still have Mushishi that I have to finish.

Soulsfear Sep 8, 6:31 AM
Well,the idea of that older brothers (prodigy) heart having inside giving some deja vu now that we got Tantei wa Mou xD
Well,considering the manga is still going on after +10 years after the promo and that it had some really good feel going on,from retrospective it feels kinda wasted due to what became of DEEN afterwards I guess (only Sekaiichi and Rakugo Shinjuu series kinda made them positive at times).

Well,it all comes down to what they lack the most in Japan..I guess (rental girlfriend services looking better on surface in manga/anime than real life lol).

Ye..reading it every now and then makes it actually kinda semi-decent since the predictable stuff is mostly fun despite it being cheap way to get things going forward and it does this way for quite a while..

Is that so..well,hard to say for me since I didn't watch the recent movie but that type of female character just doesn't sit well with me when they have background like that as well).

I mean there are still a thing (shoujo genre that is) but they very rarely break through enough for someone to take the risk to make an anime promo out of it :S But Josei is indeed rare unless you look properly for mags that are oriented for josei themed products.

Soulsfear Sep 5, 10:13 AM
Well,it could work..Area no Kishi wasn't exactly high-budget either and did its job and then Giant Killing was the biggest loss since it never got anime sequel.Blue Period can be like Kono Oto Tomare where it cana finds its groof despite it being low-budget.
Well,xxxHoLiC was kinda the same..due to internal stuff most likely which is still pretty close to that of Act-Age case but with the problem the duo wasn't of the same sex :S
The progression (if you meant KanoKari) is like..there is some at some point like couple of times but gets reseted :S It's like he traveled world lines or something without any given proof xD
KanoKari? Ye,that one is my least fav longstanding manga really..while Revengers is in bottom three of my least fav longer ones,it still had some powerful moments earlier on that could be used as birdfeed to teens.
Vivy didn't feel that much different from Evergarden due to how both female leads are written..and scripted xD
Yup..demand wise we getting seinen but it's like really limited amount per year..

Hmm ye..actually the side-project he works on just released its first chapter in the recent JUMP SQ Issue this friday.
Noragami..feels like ages since it had that break - hope it helped the author to decide how to end it.

Ziafung Sep 4, 2:05 PM
I really can't compliment Iruma enough. Like, the source material is actually really nicely written, the designs are simple but easily recognizable, and the anime while not having the best animation quality (probably because of budget) has great direction, a very uplifting vibe and colors.

Only the first episode because of the hype. Why? If you want my opinion on it (only ep1): I think it's fine, well executed but nothing special.

Ziafung Aug 31, 12:20 PM
Yeah, not sure if I'll ever touch season 5. There are other anime I'd rather watch.
I mean it's a mystery, right? Those tend to get better as it progresses, it's part of the genre. That or it gets worse because the mystery isn't actually interesting.
Iruma 2 is amazing. Season 1 was already good but season 2 raised everything by a tier.

Soulsfear Aug 31, 5:42 AM
But ye..apart from romcoms the top-selling ones with their latest volumes are Blue Lock,Diamond no Ace and Fire Force (KanoKari is somehow 4th if I recall that tweet well lol).Act-Age ending this abruptly still feels so surreal to this day..
More like Chizuru in general is like that doll/android like character for the most part.It's like reading romcom with Vivi trying to become human and how to learn the depth of human relationship in regards of love/romance and the thing that should help is the rental girlfriend kind of job she had for majority of her timeline in the manga.Male MC is..he's just making his dementia parody at this point and Mami..author just doesn't just use her as some of her fans intended so god knows who's the best female - probably Sumi despite being ''axed'' from his story for some reason..she had terrible time in anime promo as well I believe :S
Well,since the certain spectrum of fans boosted the sales for not only the series but the industry in general..I guess it tells something positive from certain angle or two.Would be interesting about Swan since it seems like to be proper seinen without the limit being ''shounen'' label xD

Funny thing is that the manga is still going but is halted due to author taking on other offer to work on something else at the moment (for like almost an year or what it's going to be without chapter at worst).