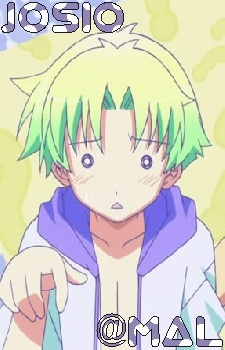 Aojo Aug 11, 1:49 AM
Ahahahah if you watch the fillers, you now have plenty of episodes to watch.

When I first watch it on TV it was already in episode #100's, but because I love this so much, a few years ago I decided to start from the beginning and I've been watching it, fillers included, since then, but not on a regular basis. This summer season I am just watching a few weekly animes so I decided to resume it too :P And now I'm kinda trying to also read the manga after watching the episodes so when I finally reached the current episodes, I can continue with the manga. And also because when I watched episodes 271-272, I read there was a slight difference in one scene in comparison with the manga because at the time the anime producers didn't know the reason for a specific word and I was intrigued by that.

Stargazingx Apr 24, 5:45 PM
Hey how's it going? Are you watching/reading anything good?