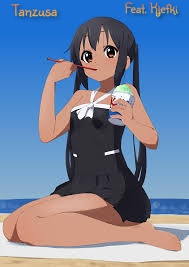 ＥＶＩＬ ＣＬＵＢ
┈┈┈┈┈┈
Waifu Monday: Alice Nakiri
Pastry Edition
┈┈┈┈┈┈
Click on the image above for your cards
Cards are sorted by your username / shortened name
Use CTRL + F to find your cards
Save and rehost cards within 30 days
If there's any issue don't hesitate to PM me
Thank You For Requesting my cards
┈┈┈┈┈┈
Cards by Kempiniukas_Esu
Delivery by caulidays

ZettaiRyouiki 8 hours ago
I appreciate that, sorry we don't talk more often!

Kingofglory77 11 hours ago
Oh a/c issues what was the problem w it? Im planning to leave this year wanted to last month but wasnt able to. Oh reall with work

Kingofglory77 Yesterday, 5:29 PM
Hey how are you

Lisette98 Yesterday, 8:30 AM
I don't know what kind of freelance xD I don't have talent

dmoneyjohn Aug 12, 2:46 PM
I decide those things once I get the game. But those are nice names.

ahhh I'm still trying to get use to the bike pokemon... seems weird to use a legendary as a bike... other than that I don't really have any problems with it. I would like to see them give us some news each month till the game comes out. You know maybe just small stuff to build up hype... but there is a good chance we won't hear anything till like late October - early November.

I only got so much time. So one game at a time. Besides jumping between two story driven games is a good way to forget what is going on in the other.
I haven't heard of that. But hopefully that game can give you some good ideas for your pokemon region.

Kiichi_Someya Aug 12, 1:40 PM
Thanks for accepting ;)
Good to see some appreciation for Kusuriya no Hitorigoto, starded reading this month and it was a really good surprise

healerblue Aug 12, 9:55 AM
I haven't watched it yet, didn't find time to. The anime isn't really too good, but I still think that it's fine as anime-only.

Oh, hopefully, you'll be completely healed soon. It's probably a good sign that the scars won't stick as well.

Oh, so over a year gap? Or Winter as in the early year/january. If so I would count that as a year as well. Academic year. And we also have different terms in my school for credit houts. Like a sophomore isn't necessarily a 2nd year.

Yeah, I don't hang out with many "study everyday" type people. But honestly, having a good social life is likely better than sacrificing it for your academic career (I learned that in 9th grade when I spent all day doing school and barely interacted with my friends; it messed me up a lot; and I haven't fully recovered from it. It's when i stopped being able to properly sleep as well (I've always had issues with sleeping, but it became way worse because of the stress)). GPA also doesn't matter outside of school (I still need to keep track of mine both for myself and for application to graduate school, but a most jobs won't even look at it). Ironially, having a too good GPA is also seen as bad, bc it looks like all you know how to do is school. It reminds me of how colleges prefer people who make a B freshman year then make A's later on bc it shows growth.

Though, that doesn't discount that it's not a good crowd academically. Like if someone is spending too much on school, it can be healthy to snap them out of it. But it's probably not good to discourage spending time on academics. The main thing is that I should probably spend more time with people in my major and try to actively search for research and intership positions.

Miss as in wish I was in again or didn't go to? I'm in school to be an Environmental Engineer, but I'm not certain I want to be one. I lie helping the environment, but I'm not sure I like the field. I don't enjoy the classes I have taken. But I probably won't change majors. I am going for a CS minor, which I enjoy more.

Oh, do you have to do your own taxes in Canada, too? I thought that would jsut be a weird US thing, since it's odd that taxes aren't just handled by the gov't. Unless you mean like tax write-offs.

Yeah, I'm not very familiar with a lot of "real world" stuff. Like I wouldn't know how to haggle. And I don't think about stuff like arguing for higher wages. Or like how to find an insurance (though most get theirs through their job) and mortgage things.

Are you prioritizing anime and games over driver's license? If you've already practiced, it probably won't take long to do the test itself. But ig it's probably not imperative.

Rythme Aug 11, 12:31 PM
That might actually work! I never thought about it, but one of the reasons I can't keep up with my schedule could be because I'm not reminded about it enough. With sheets to remind me every day, I might be able to follow it~. (Although I might not try it just yet, because my Japanese class has quite an irregular test schedule and kanji takes a ton of time to memorise ._____.)

No one would be able to live there if that's the case XD It's hot all year, but we don't have heat waves, so it's bad, but not that terrible (I guess).
I'm in Tokyo. I've been here for 4 months but for some reason have never left Tokyo yet... I have a plan to go to Chichibu next week though!
On the bright side, you've secured a lot of time for anime!

What are those? I thought there was only one kind of brush XD

Dardanos Aug 11, 6:48 AM
I’m doing good but a little bored.
I’ve watched a single episode of Yofukashi no Uta and I liked it :). I’m planning to continue it. As of now, Apart from The devil is a part timer, rent a girlfriend, overlord and some other 2 or 3, I’m watching past anime. I’ve begun guilty crown, Kill a kill, quintessential quintuplet. Have you watched any?
Also, sorry for the late reply, I was quite busy.
All Comments