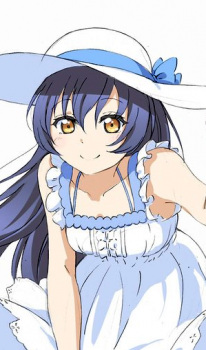 EVIL CLUB CARD DELIVERY
Pirate Edition — cards here
cards made by: titanweeb
use ctrl/cmd + f and type your name to find your cards
please save and rehost your cards within a month
feel free to contact me here if there is any problem

thank you for requesting! ♡ 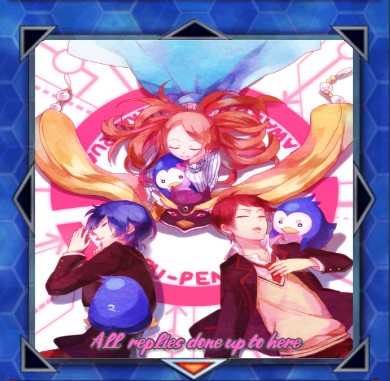 You have been invited to join this club where new chapters of a story will be published weekly.
Read and enjoy and take part in the making of the story.

I know it's been 2 months since I ever replied. I decided to take a bit of a break from MAL and try to get my life sorted out. My school also recently started in-person school and my parents forced me to go so then I also wanted to take a break until I adapt to it. Many things happened in the 2 months for me. I know I should've probably told people that I'm not going to be active for a while.

Anyways, it's nice to finally be back. I'll add on more in my next reply but right now it's 2 am here so I'm going to end it here.

ponce1215 May 11, 7:06 PM
Really? that sucks. It must have been a long time ago because when I wrote mine, it had zero reviews. do you know why they do that? I haven't had mine removed yet lmao "you can shove this cream up Biore ass"

idk wouldn't say it's seinen (MAL doesn't categorize it as seinen either) but there's nothing much shounen-ish about it either. You'll enjoy it, there's always something to look forward to each episode. I was able to binge it fairly easily. And the comedy is hilarious. Made me laugh almost each episode 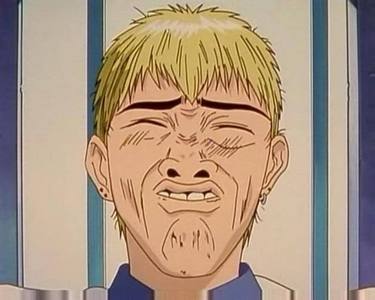 no i knew that. I should've said it more clearly my bad, I meant is it necessary to watch it in a random order. For example, are Bakemonogatari and Nisemonogatari related in some way? I just checked and most of the shows have the same characters so now I know they are, anyways thanks for the reminder that club exists lol

wtf how was I supposed to notice that? I thought you were pissed I was replying so late


The first few episodes are kinda boring and depressing but now I have the urge to rewatch it hahaha
what are we talking about here? HigeHiro?
idk why but now I find all its episodes boring. The pic above the spoiler is from KoiKimo and it's full title translates to "It's disgusting to call this love" and honestly I find that more interesting even though it's messed up in a lot of ways. Both of them have working adult - high school girl relations but the MCs are exactly the opposite. Well the way I see it, if something was made to be bad and ends up being bad, it is, therefore, good. I was disgusted while watching that so I shouldn't be the one to complain, unlike everyone that's reviewed it so far. It's like going in knowing what to expect and being pissed about it when you get it.

Funny you mention them, I came across both of those while looking for anime like that. Even considered Jormungand but I've wanted to watch Black Lagoon for some time for Revy cuz she's badass. It was pretty good. Especially the dub, I watched scenes of both the sub and dub side by side and the dub was far better. Black Lagoon has a lot of diversity of cultures and the dub nails all accents and languages. Especially a scene where a character speaks Spanish, the sub was horrible but the dub was pretty accurate. The delivery in the dub was way better too

I don't like when people stare either. I've had wallpapers and pics before and have had some weird stares. It's like, just let people be, don't make a big deal out of it. But then again weebs are partly to blame because, especially the Indian ones, can't shut up talking about anime every waking hour of their lives even though the only ones they've watched are Naruto and AOT. I should've rephrased that from "weebs" to "most Indian weebs" because those are the only ones I've encountered irl, although I do make exceptions for people that know what they're talking about don't shove it up my face every second

well now you know why he got banned. The blame's not on anyone really, one small thing lead to another and then it kinda snowballed ig. You can still make new threads tho, I remember there was "count to 25 before creator posts" in some club where we've reached probably reached 2000 by now and the creator wasn't an admin or officer. That's why I confirmed it. I don't really have an idea about a new club name and stuff, I'll think about it. First thing on my MAL to do list as of now is to get rid of my furry set.

that's a lot of stuff. Last one is really really good tho. Are the ones you're currently using the ones you requested?

Tokyo Revengers has an issue with censorship. The bosozoku's logo is a modified swastika that's called Manji in Japan so to cover that up there are lots of ugly cuts and white lights. That started with the latest episode and the thing felt really weird to watch. Goddamn the Nazis, swastikas in Hinduism, and I'm pretty sure in Buddhism as well are considered as something like holy symbols. Damn, many Hindus even have swastikas on their main doors and shit.
But I changed my AOTY to this one called Odd Taxi. This one's a sleeper. Isn't popular but oh boy. The characters in the anime have real life twitter accounts and host real life podcasts. We're left to uncover a mystery on our own before the anime shows that to us, it's like an ARG. Wish I knew Japanese, there are so many clues hidden in those podcasts and mini dramas. Plus it's exactly the kind of anime I like. Real chill vibes, slow burn mystery with lots of hidden details and subtle messages. If it plays out correctly, it might the second 10 on my list

I saw it before you changed it again! You should use all of the Hatsune pictures you showed me next time

Damn ok, you’re not wrong tho lmao because Suzaku did hate Lelouch even more XD

eh no, ok so the goal is for the residents to get out of Hell instead of relax like the characters in Hotel Transylvania. the sinner demons earn their way to Heaven w/ redeeming qualities and they're technically humans who died anyway so it’s basically the exact opposite….did that help? lmao. And nope, not like Disney at all, only the singing lol. Just search “Hazbin Hotel (Pilot)” on yt and it’ll pop up

I know exactly who you’re talking about, I forgot their user name tho - the character is Angel Dust :)

Wispaway May 11, 7:13 AM
lmao be sure they spam my comment section with some waifus

Wispaway May 11, 6:58 AM
oh well, it wasnt targeted towards you. it was just a rant about how sometimes i see people leaving comments that are like 20 paragraphs long. unless you do that too in which case uuh, i guess you got caught in the crossfire