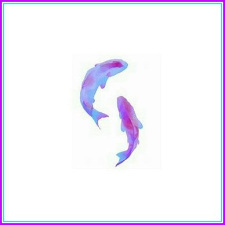 haerina Jul 26, 10:47 AM
Well that expains a lot. XD I did that too though, back when i firts registered here. It's weird finding some of your childhood favourites again this way. :D
Nice to meet you too!

haerina Jul 26, 8:14 AM
Thanks for accepting my FR. Hope you're doing well!
Nice stats for having started watching only recently!

Mopache Jul 15, 7:38 AM
my man. Well to be completely honest I like tits and thighs the same but ass is still inferior.

Soraaaxii Jul 12, 11:12 PM
Yeah, I'm really planning to read it. The preview for the anime got me really interested XD

adnan_ Jul 7, 9:29 PM
Actually the GOH and TOG situation were completely different. The rights of were in the hands of Crunchyroll and it decided to make GOH and TOG in that way, MAPPA just abided to the rules and order of Crunchyroll. Netflix is famous for giving a budget as big as a penny to studios, that's why it turned out like that. In other words its the production committee that ruins a series.

For CSM, firstly there's no production committee, only MAPPA and Shueisha, it means MAPPA is totally in control of its production. Also the staff of CSM is mindblowning. So there's very lil chance of them screwing the adaptation.

Yeah you're right. I would like to know your opinion on it when you finish it as its one of my fav. anime^^

adnan_ Jul 7, 9:54 AM
Actually I was tempted to read CSM Manga but after the PV it looks like MAPPA is gonna nail the adaptation so anime's gonna be the first experience of CSM for me.

I watched Death Note and FMAB in 2019 as my first anime but I didn't watched anime regularly at that time. I became a regular after watching Your Name, A Silent Voice and Kaguya Sama Love is war. Wbu??

The 70's was just when I first watched an anime, and did so without knowing that anime existed.
I saw another show in the 80's, and a couple more in the 90's, and still didn't know anime existed.
I might have seen a few episodes or a movie in the 2000's, and a again in the early 10's.
It wasn't until 2014 that I "got into" anime and started watching regularly.
It was then that I finally made the connection that some of the shows I watched growing up were actually anime (and were dubbed) and not just shows that farmed out the animation work over-seas.

Older_than_dirt Jul 5, 6:48 PM
Thanks for the FR... Enjoy your time here.
How long were you a lurker before you signed up?
It took me a couple years.

Soraaaxii Jun 30, 10:56 PM
On point LMAO. I actually gave it a much lower score if I remember correctly because it didn't give me anything to be happy about but it's great if you're really looking for something to make you puke or something hahahahaha

So are you reading or watching anything at the moment?