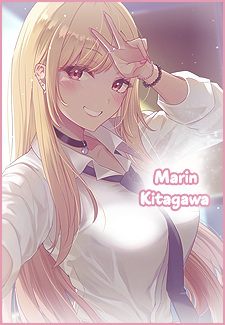 Maggie20 Yesterday, 10:51 AM
Sorry for the late response!

Yes, many papers and tests... but now is much more calm :D

Yes I have a special liking for children, so it's a job possibility! 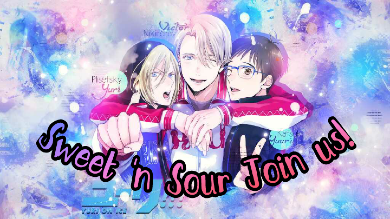 Oh, I'm sorry to hear that. Hopefully, you've been able to get proper rest since then. ^_^
Oh, so is today your last day of vacation? I hope you enjoyed it. It's nice to capitalize on vacation, especially since it seems like you've been working long hours. Don't exhaust yourself.

That's interesting. I don't think I've ever heard that you'd be struck if you looked outside during a thunderstorm. I wonder where that came from. I did have a similar situation where I've been told not to look outside during a tornado (or was it hurricane) because they can see you--I guess it was a play on "eye of the storm." Granted, it's really bad to be next to glass during those natural disasters, so maybe some adults made that up to get kids to stay away from the windows. With lightning maybe it's because the bright flash cis probably bad for your eyes, as well--so maybe that was told for the same thing; The Grimm Brother's Fairy Tales I heard were written to keep children from doing certain stuff. Like Little Red Riding Hood was to keep children away from the woods.
I think I've heard about that as well. They do tend to strike trees a lot. And lightning rods are put on top of buildings.

I haven't seen many. But I did see a recent AniTuber (Akidearest) make a video and she showed a little bit of the apartment, and it looked really nice. It probably wasn't one of the upper budget ones, either, so I can imagine them looking better. I've also heard that their baths (not just the luxurious ones) have an auto-set function, where you can preset what time you want the bath to be ready by.

PandaUwU Jun 10, 10:55 PM
Yeah trick room doesn't work as well in singles compared to doubles, since you actually need to take a hit in singles, while in doubles you have redirecting moves like "Follow Me" and "Rage Powder." And you can also do some switching tactics with eject button, or just read the opponent.

Kaizo was enjoyable, but it felt way out of my abilities. Like I'd have super over-leveled Pokemon and still lose to the gym leaders.


Lmao, there's actually a doubles tactic that lets a Pokemon with quite the horrible ability be useful. Regigigas and Weezing is quite powerful. Weezing has neutralizing gas which allows for Regigigas to not activate Slow Start. In addition, your opponent can't intimidate you. A few powerful max strikes right off the bat, plus either putting a sub in front of Weezing, or using Weezing to further cripple your opponent with taunt or Will-O-Wisp is quite great.

Ah Ion Deluge. I think back in 2014 or 2015, there was a guy who used Pachirisu to combine Ion Deluge with his hyper beam Hydreigon.

Ooowoahvictoria Jun 10, 9:52 AM
Oh I get that, chocolate can be a little overbearing at times. Hmm, I've never has strawberry muffins :o
I'm pretty good, how are you?

PandaUwU Jun 9, 8:08 PM
Yeah the faster Pokemon generally seem to work a lot better than the slower ones. That is unless there's a trick room team, where the slow Pokemon become monster, since they're often very bulky.

The only hard Pokemon game I've tried playing was Emerald Kaizo, which I couldn't beat and ended up dropping. I normally just play on Showdown now.

For singles it's often just body slam. It's a nice 85 BP, with 30% para chance which is rather nice. Facade is also good, but I would only use it for guts Pokemon. In doubles, fake out is crucial as it can neutralize a Pokemon for a potential set up with your other Pokemon, or just wall them and prevent them from attacking if they are faster. There's also hyper beam and giga impact in doubles, since Dmax is a thing. 150 BP max strike is really good, especially considering it also gives a speed drop.

I watch Zombieland Saga, but more for the comedy. I still really their songs tho. I've also seen Bang Dream, which I liked the story and characters, but the pacing was really slow and you could tell it was extremely low budget.

Do you prefer gems or Z moves? They're both moves that boost your damage, but Z moves are able to have extra effects. There's only 1 Z move per game. Gems won't activate against a protect, while Z moves do.

Ooowoahvictoria Jun 7, 1:14 PM
You have! I was just reminding you how much I loved the nickname you gave me <3
I don't eat a lot of muffins but I do like chocolate chip muffins :>

Basically I like to understand human behavior and what is behind it, which leads to a certain behavior happening. Of course there are areas I like more than others but in general this is it :)

can u add my bday in rwe?