We have a bit sad news today.

If you came here from the link in the header, you probably know what this post will be about. So, I won't be beating around the bush too much, but I feel there should be an introduction first.

A few years ago there was a nice page that showed you rating distribution. After it shut down, I decided to make my own version - but being a PHP newbie, I had to ask rr- for help. Within a day we had a working prototype, which was nice enough to be published. MALgraph quickly became somehow popular; maybe it's because it called you a retard if you had given too many 10/10 scores.

Then there were multiple code rewrites, mostly by rr-, while I managed the community and parts of the design. Versions 2, 3 and 4 introduced multiple nice features, and the number of users who checked their stats reached 200 000.

At this point it's really hard to maintain a stable database, especially if you have to keep it freshly downloaded from a remote source - in our case, MyAnimeList. We have been banned a few times (too many connections per second), our server load went through the roof hundreds of times, and the update scripts just kept crashing.

There are times when you know something has to go, even though you don't really want to part.

MALgraph will shut down in about 45 days.

It became too much to maintain for a team of two people busy with their lives. The recent database corruption simply confirmed the fact that MALgraph has become too large for us to keep it alive.

Starting today, a header text will be shown on all pages, notifying of the incoming closure. The page will work just as it did, but we won't be fixing any database malfunctions.

On May 1st, the queue will be stopped. This means users won't be able to refresh their profiles, nor any media data will update.

The page will be in read-only mode for a month, and will cease functioning completely on June 1st.

If you're using any images directly from mal.oko.im (e.g. exported rating stats or achievement badges), these will expire as well. Please re-host the images somewhere if you don't want to lose them.

The above only concerns the official version, available at mal.oko.im. MALgraph's code on GitHub will stay open source, under the GPL license. This means you can derive off its code, but it has to be open source as well, with the same license. We love open software.

Maybe some day MAL will make its own stats gallery, or one of you will host their awesome fork of the code, with more achievements and features? If you're interested, head here to read how to do it: https://github.com/rr-/malgraph4/wiki/Hosting-your-own-MALgraph . Read the bottom of this post for a list of known forks.

Thank you!
rr- and fri 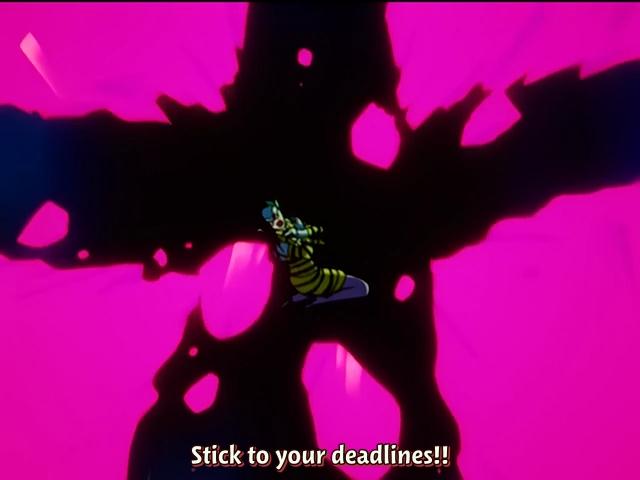 Offline
Jan 2010
23
It is a sad day. Thank you for your good work. Your site was really awesome.
#4
Numi
noiz cancelling

Offline
Jan 2008
961
Thank you for all your hard work on this over the years. It was a fun stats program to use on our lists, and the achievements were also a blast. I will miss it dearly.
#5
Hota-chan

Offline
Dec 2010
51
Damn, I was a frequent user and a stats nerd. This is really bad news for me ;_; I wish you guys good luck in your lives and thanks for all the effort you put to this!
#9
Akai_Shuichi

While I made my MAL account in 2010, I had it pretty much abandoned until I somehow got to know about MALGraph. When I saw that, I was like "damn, I want to see my anime stats", that's what made me do the effort of going through all my watched anime an putting it in the list and eventually become an active MAL member.

Losing MALGraph really is losing half the fun (the other half would be MALUpdater). I almost never failed to update malgraph once a day, I loved watching how my numbers were changing, so yeah, I'll miss this a lot.

Hopefully someday you, the two guys behind MALGraph, decide to do this again, or at least some other users pick up were you left.

Anyways, thanks for your work until now.

Offline
Jun 2012
123
Awww. That makes me pretty sad since I loved to see the achievements I'd get after a while for completing shows and what not :(
#11
Josh

Thank you for all of your hard work. MALgraph was really fun.

Offline
Nov 2010
26423
This sucks, I was looking forward to how the site grew since MAL has changed as well.
#14
NikuNicole

Offline
May 2013
1
This is really sad. Thanks for all the hard work and the effort. I will miss MALgraph.
#15
Maerow

Offline
Oct 2012
700
RIP, sad news everyone. Thanks for all your work, MalGraph is a really useful website and I'm glad it is open-source.
#21
EternallyLost

Offline
Jan 2014
64
Used it for the past 2 days and now I hear it's going down... CURSE MY LUCK
P.S. Thanks for the awesome feature though and r.i.p. MALgraph
#22
neecrow

Offline
Jan 2010
23
It would be great if myanimelist could just integrate those rankings. How fantastic would that be ?
#27
Shinaas
Offline
Sep 2012
6
Thx for your work, MALgraph will miss us.
#28
lordmage
Offline
Dec 2012
32
it was a short love affair for me but it will be missed. i wish MAL would just fork it directly and upgrade and improve itself.
#29
Suzune-chan

Offline
Sep 2011
650
A shame to see that this is shutting down (still hope that you guys will reconsider or someone will jump onboard and save the ship ;_;) but many thanks for the great work throughout the years!
#31
Cratex
めんどくさい

Offline
Apr 2013
10
This is a huge shame as MALgraph was not only fun in respect to the achievements, but highly useful in terms of the recommendations. Without this I don't know how I am going to be able to keep updated with new additions to previously watched and/or added series.
#35
Lyrisia

Anyway thanks for your hard work up til now!

Offline
Dec 2013
1277
Well, it was fun while it lasted. All the nice little achievements and stats will be missed. Thanks for everything since, MALGraph team. >_<
#39
iwsifakismag

Offline
Sep 2013
4
Aw man, this sucks balls.
I only found MALgraph fairly recently and now it's on the way out.

Oh well, thanks for all the work you did on it. It was great.

Offline
Mar 2010
181
It would be great if MAL staff themselves would make the achievement system and better statistics to appease the angry mob. However even if I possess some hope in MAL's future, I guess these things will not happen in sync with MALgraph closing at the very least :(
#42
Yakamin
Offline
Sep 2014
279
This is a bad notice, I really like see the statistics and compare them....And just i started a use it
#43
chaosflame5

Offline
May 2012
18363
Awww :'( MALGraph is so awesome! I can see why this has become too much to handle. Thank you so much for bringing joyful experience to us anime watchers! I'll miss those achievements!
#44
hiddentest007

Offline
Oct 2014
576
As someone who loves statistics, this news saddens me.

I'd love if you could rollback to when there was no database issue and just ask for donations to mantain the website without updating it...
#48
Not_At_All