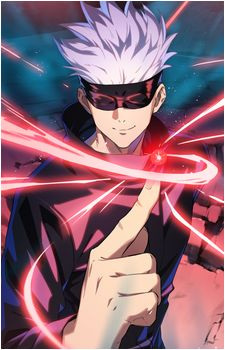 Red-Eyez Aug 11, 2017 5:53 AM
It's been awhile and thought I'd say Hi! I know, I know, I always say that♪ I haven't been watching many shows or been online very much. Wish you a Happy Birthday♥ 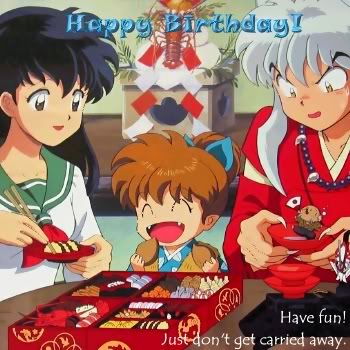 How are you man? Its been such a long while. Hope all is gucci.

hydro May 14, 2017 8:48 PM
I heard of it basically right after finishing Galaxy 2, so I was basically sucking Nintendo's dick at the time feeling they could do no wrong. Of course it's unlikely to be as good as Galaxy 2, but at the end of the day I trust Nintendo with platformers.

Mario Kart Wii tracks didn't have crazy shortcuts like the 64 game so not quite, but it was pretty easy to master the exact drifting line you needed. When doing time trials I would race against the World No. 1 ghost and try and imitate them. I would lose by 1-3 seconds, but even being that close to the World No. 1 was enough to place on Straya top 5.
The main thing I remember sales wise is Mario Kart Wii selling waaayyyyyy better than Smash Bros Brawl here despite being games of similar stature.

Ah ok. I watched the P3 movies after playing both 3 and 4, they were ok but obviously skipped a shit ton. Waifus huh. Can't say I really have any, but I do have best chars/OTPs. Persona 3 best chars were Makoto (MC), Aigis, Akihiko and Koromaru. P4 best char was Kanji. Best P4 girl probably Rise, closer call than P3 where Aigis is head and shoulders above everyone else. I loved the aesthetic in Persona 3, and simulating shooting yourself in the head to awaken your Persona is the most metal thing of all time. The only thing I know about purse owner 5 is that Atlus really cracked down on streamers not wanting them to play past a certain point and spoiler plot details.

I didn't even know that about Boku no Hero. Maybe.

That is a problem. My PC is weak garbage that can't play anything, but it's also very quiet in general. Plays videos and stuff fine. Can't play 1080p cleanly, but it looks the same as 720p on my monitor anyway. The only time it's an issue is for some more obscure things where the only DL I can find it 1080p.
The one thing of mine that is loud is my PS3 when playing some newer games like Fifa 16. I think any game that's also on PS4 that was made for PS3 as an after thought doesn't run super smoothly on PS3, which is one reason I might be hesitant about buying P5 for it.
I bought the 3DS I have now off a friend when he upgraded from 3DS original model to 3DS XL years ago. So the one I have is the very first edition, complete with scratched screen and broken circle pad cover. Neither of them bother me but all the more reason I have to upgrade. If I already had an XL or a New 3DS I would not bother, but the fact I'd be skipping so many models helps convince me. I mean I still use my 8 year old iPod touch and 10 year old TV.

Fair enough. For me I warmed to it in stages. First time I heard it it stuck out to me like all unique OPs do. Then I started liking it enough to not skip it. Then I DL'd he 90 second TV version onto my Mp3 and listened to it for a couple days. The I DL'd the full version (which was also a higher quality music file) and then that's when it went from "cool unique OP" to "FLAMES". Part of it is I tend to like anything that breaks the mold and strands out from the usual OP affair, as such I even like this which is just silly Engrish. Of course Carnival Phantasm still has the greatest OP of all time.
As for Youjo Senki itself it was very different than I was expecting. MC basically spends all their time on the front line in DBZ-esque magical warfare. I thought she would be a the tactics table earlier, but at least it was addressed in the series.
I never really got into Babymetal, like I wouldn't be able to tell you the names of any bands/songs. But I have nothing against it conceptually and might dive into it and check it out one day.

hydro May 14, 2017 1:45 AM
The Mario platformer coming out on the Switch looks interesting, it's the one confirmed thing I know I wanna play on it.

Mario Kart like most Nintendo games is just a good ol' friendship tester. I got my Wii in 2006 and my 360 in 2009. I also played video games more often back then than now. So for basically 3 years I only played the Wii and became crazy good at everything on the console, Mario Kart Wii was no exception. I was in the top 5 in Australia for a lot of the time trails (the only mode in the game not affected by item hax). Sadly could not crack top 10 in the world because of all the crazy Japanese bastards hogging the leaderboards, but Mario Kart Wii sold like hotcakes in Aus, best selling Wii game here I think. So was still a decent amount of competition. Anyways the point is despite mastering the drifting to an extreme level I would still sometimes find myself screwed in actual races because of item hax. The much maligned blue shell does help with the problem you're describing, but it doesn't always come and I have been on both sides of that coin (running away in 1st and stuck in the middle being pelted with items).
I'd cum buckets for a Pokemon game in the style of BotW. You end up buying/playing Sun/Moon?

Flames. You played Persona 3 or 4? Persona 5 is standalone so you don't need to, but they're really good games in their own right. As said I only played them late last year like 10+ years after they came out on PS2 but they hold up.
Beseria? Backlog n00b, I've still got fucking Zestiria unopened lol. On the plus side I haven't really bought anything in like a year now, my self control have improved over time.

This was way back when I was watching/re-watching my Dragonball DVDs. The "extras" included a trailer for YYH with some shitty English narrator making it out to be some cheesy 90's Saturday morning cartoon. But a while after that I learned more about it and how it supposedly had some of my fav things - fighting tournaments.

I have a shitty non-gaming PC that can't play anything, but it's enough for the few things I need it for. It runs emulators, VNs and RPG maker games which is enough for me. Higher budget games I just play on my consoles and handhelds. I'll consider a gaming PC in 10 years when I finish my entire owned and unowned backlog of things already out lol.
You seem to have a pretty fancy set up. The only thing I'm considering buying is the New 2DS XL for like $150 lol. I still have the original model 3DS so I'd be skipping like 4-5 models which makes me think it's worth it. I never use the 3D but the 2DS didn't interest me because it didn't have the flip design. But the new one does + it's bigger, stronger and prettier than the model I have. There's still like 10+ 3DS games I plan to play so it will be a worthwhile investment, hell maybe I can put off Sun/Moon until then.

Btw in my return to anime I watched a few things, Youjo Senki/Loli Hitler was one of them. Solid show, fun for the whole family. But the thing that stuck with me is the OP which I liked more the more I listened to it. I don't have a concrete list but I'd say it's snugly inside my top 5 fav OPs ever. I quickly searched out other things from Myth & Roid thinking I may have even found another Yousei Teikoku, but sadly their other stuff (both anime related and not) wasn't as good. Whereas with Yousei Teikoku I like 80%+ of their stuff I listen to. But still, no-one can even take Jingo Jungle away from them. ♫ We are the JINGOs oh oh oh ♫
They also did Re:Zero's 2nd OP was was fine, but it just can't compare.

hydro May 13, 2017 11:39 PM
Hard to say. I waste a lot of my free time meandering around the internet and lazily watching YT videos. But I did at least play Persona 3 and 4 which were pretty long games, so I've at least made some inroads. Far from a switch most of my gaming over the past 6 months has been PS2/Wii games I borrowed off a friend. Finally played Mario Galaxy 2 like 9 years after playing the first, in terms or raw gameplay it's up there with the best of all time. As for the ol' 360 i.e. the reason I know you, it's been it said friends house for like a year now lol. Give and take.

I don't have a Switch but my brother does (along with an Xbone and basically every older console), so if I really wanna play anything on it in the future I'll just leech off him. I played Mario Kart 8 at a friends house on their Wii U, but haven't played the Switch deluxe version yet. I'm alright at the game but not as good as I am at Mario Kart Wii (because I actually owned the game). I'm especially shit at 200cc, not used to needing to brake lol.

Backlogs are a bitch. I have anime, manga, VNs, 3DS games, PS3 games and some loaned games from a friend all on hand ready to go. Then on top of that there's the intangible backlog, PS3/3DS games I wanna play at some point but haven't bought and then finally the PS4 I don't own but plan to eventually. Hell I haven't even started Pokemon Sun/Moon yet, still in its wrapping. But I have played Gen 7 battles on Showdown with the new Pokemon and did pretty well, basically just learned as I went as I didn't know them from the game itself obviously.

YYH has fighting tournaments right? It's one of the things I plan to watch eventually. I remember ages ago I was put off by a cringey English language trailer I saw for it, but realised it was unfair to judge it on that.

hydro May 13, 2017 8:19 PM
I've been worse fam. Finally started watching animu again after some months of nothing, mainly just catching up on completed series I missed. Otherwise I've just been playing a bunch of games a friend loaned me, right now Ace Attorney 6.

What's up with you?

hydro Feb 4, 2017 8:38 PM
Emilia just gives off this feeling of "designated main girl". A truly great end to the anime would have been Subaru Motors shifting his affection towards Rem due to all the intense things they went through together as a couple during his multiple lifetimes, all the times they fought together and all the things she did for him that she herself doesn't know about. Alas, most of the anime was still enjoyable.
All Comments