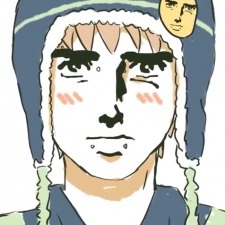 Kineta Jan 3, 2018 4:18 AM
Glad to hear and thanks for taking the time to let me know. I perfectly understand how you thinking when you wrote your post now. We haven't interacted much, so I wasn't sure when I first read it. Hope you are at least enjoying the job that took you away from one of your hobbies :)

LunyRem Apr 25, 2017 8:21 AM
Yeah, it does seem very obvious but I think this went over my head because I've been looking at this from a wrong angle since I got too focused with the overall points and I've only started to think hard enough about the weekly points recently. I have taken a look at the details before in the club (which I keep forgetting to check this season) but upon taking a closer look, the points do add up correctly which gets rid of my doubt. I shall now be using the details link more frequently.

Good thing I asked about this rather than doing nothing. It helped a lot that I learned from my mistakes. >.< So thank you! I even made a couple of mistakes with the Aces from an older FAL season but then I only learned what I should not attempt to do again so I would no longer make the same mistake more than twice in future FAL seasons.

LunyRem Apr 25, 2017 7:58 AM
Hmm, I see. That explanation makes it all clear to me now. I finally understand this now about weekly & overall points, so thank you very much for answering my question and for clarifying these details for me! :D This will be very helpful in deciding when I should make my bench swaps in the future.

So when, for example, my team receives points for a specified week in the FAL season, which points get added to my team: the weekly accumulated points, or the total overall points of the anime for the FAL season?

Let's say I'll use SukaSuka as an example. SukaSuka is an anime that started airing in Week 2 and, thus, has 0 points during week 1. It earned 25761 points in Week 2 and 50234 points in Week 3. In terms of weekly points, it's starting to compete very well against other titles that started airing in Week 1. However, it's still pretty low when the overall points are taken into account. So are these "Weekly points" the basis for the accumulation of points for every team every week? I'm having doubts about doing any bench swaps so far because I'm still unsure about which points are used in general. I've been looking at the overall points every week and while some titles are falling behind when it comes to weekly points, their overall points are still pretty high. The usage of points is what's been confusing me.

I hope I made myself clear with my question. This is currently the only thing that's been boggling my mind so far in regards to FAL. (And I probably haven't realized this from the previous FAL seasons too, since I only bothered to look at the overall points.) Thank you very much for your time and I appreciate the response!

LunyRem Apr 24, 2017 12:45 AM
Greetings, Numi. Since you're part of the FAL Staff, I would like to ask you something regarding the computation/calculation of the weekly and total points for anime in the FAL season, because there seems to be something that I've been misunderstanding about the allocation of points. I hope it's fine with you. :) Or I could ask you about it in PMs if that's fine too.

Why you should check out Fuuka next season. and sorry for such a big image :3