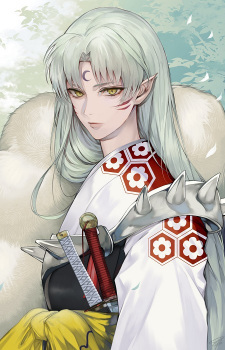 vOxcrA 5 hours ago
I love your pfp. Is that Nakiri Alice from Shokugeki no Souma?

Mashrif Yesterday, 6:11 AM
I was planning to watch Aria The Origination but then I saw there are many prequels of it. Do I have to watch them all and then proceed to watch Origination or can I just directly watch it? nom_nom_biyori Jul 18, 10:32 PM
Thanks for accepting the Friend Request!

A pleasure to meet you!

Feel free to talk to me about anime, manga or whatever or share any recommendations you may have~

Enjoy the rest of your day/ night!^^

DanyEvavi06 Jul 18, 2:56 PM
Yeah I loved the Manga. Chainsaw Man is the only manga I read religulous

Chainsaw Man I see :) And Reze dankchungus Jul 15, 5:44 PM
I think the perspective is more of a confident one than a nefarious one for those authors; they feel as though they have the talent and ability to write on the fly, but the main issue is that it's almost impossible to write a good, function storyline that meshes with the alread produced 200+ chapters if you haven't already planned for it. Because, you can't really add new twists to characters without ruining their development, and if you try to make a twist involving someone (that wasn't planned for), you'll most likely end up taking away the good characteristics that people enjoyed about them. There's also more that could be said, but that would take way too much space in this tiny little messaging box.

Have you read Chainsaw Man? He ended his series before 100 chapters, and now plans to do a part two, but with some different characters and a new story line. He's also taking time off to work on other things and come up with new ideas: I wish more successful authors chose this type of route than the bleeding out a series one.