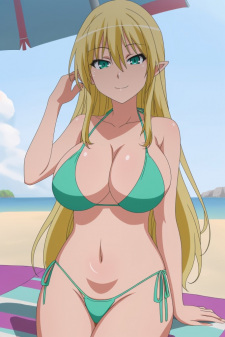 Iconic Nov 7, 9:08 PM
Nvidia is in the lead with their DLSS 2.0 and ray tracing, but AMD's ray tracing is at least slightly better than the 2080ti and they've announced their own version of DLSS. How good AMD's DLSS is is anyone's guess.

Wuuut? How the hell does that happen? I'm not active in any of the forums and I don't have many friends here. What kind of troll comments do you usually get? Lmao

Iconic Nov 7, 8:04 PM
Just in case you're thinking that I believe that women belong in the kitchen and should have no rights, I can tell you right now that I don't believe in any of that stupid shit. But fine, I'll stop this convo.

I forgot to tell you that the new AMD feature of their CPUs and GPUs using he same memory to speed up gaming is really a beta test for next year's cards. Doesn't mean that this years cards aren't good. AMD claims that the feature will speed up gaming by about 5-7%. It's just that 1.0 always has some bugs in it.

I thought about letting that moron spam me with a few more comments to make me laugh more, but I was worried that my entire page would just be a wall of butthurt hate and I'd have to dig just to find comments from actual people that I want to talk with. So I added him to my ignore list. I'd laugh my ass off if he started spamming your profile after stalking my comment to you. LOL

Iconic Nov 7, 7:44 PM
The finger in the butts thing, sure. It's anecdotal evidence, as I have never been there to actually know for sure if it's true on not. But the women being bossy and letting themselves go part, I've seen many women and girls that really do act like that. Sure, you can explain away the young girls as having been naturalized, but what about the immigrant mothers and women that have just arrived? I find it hard to believe they would forget their native culture and behaviors that easily and so fast upon arriving. lol If it's one night stands, wouldn't the girls in America be good enough? Many American girls in cities (not all girls) tend to sleepy around and do that whole collect and select thing. Of course, you still have to deal with their attitude and sense of entitlement, but they're there if you really want to sleep with them. Correction: marriage in the West is fucking overrated because of divorce rape laws that give half your shit to the wife simply because she let you fuck her. I've read plenty of people saying that marriage actually has meaning in other places in the world that hasn't been Westernized.

Depends on how long you're planning to wait. Nvidia is planning on releasing better versions of their RTX 3000 series cards early next year to stop AMD from running away with all the sales, after being humiliated with cards people can actually buy and better value. And if you're planning on waiting until April or May to start building, you might as well wait for the next series of AMD CPUs and GPUs that are releasing same time next year. Ryzen is expected to switch to the new AM5 socket on for the 6000 series and beyond, so if you're looking to upgrade your CPU without building a new system in a couple of years, that's the CPU you want. if you buy the current Ryzen 5000 series CPUs, you're stuck, since those are the best chips you can put on an AM4 motherboard. The current Radeon/Navi/RDNA2 GPUs are meant to be sort of a test series for the RDNA3 GPUs that are being released next year. Similar to how last year's Radeon cards were mean as a test for this years cards. And with AMD finally moving everything to 5nm next year, you can expect some big gains over this year for both their CPUs and GPUs.

LOL Didn't do much either. I think I just read some manga and watched the Goblin Slayer movie on Halloween myself.

Remember that guy I told you about that acted like he was entitled to be my friend? I gave in and added him for a few weeks since he begged. After not talking to me at all after I added him, I removed him. The amount of butthurt he gave me was fucking hilarious! I only gave him one reply telling him why I removed him from my friend list and he started spamming with butthurt message after message. I couldn't stop laughing at how butthurt this moron got over someone he never cared to speak with in the first place. 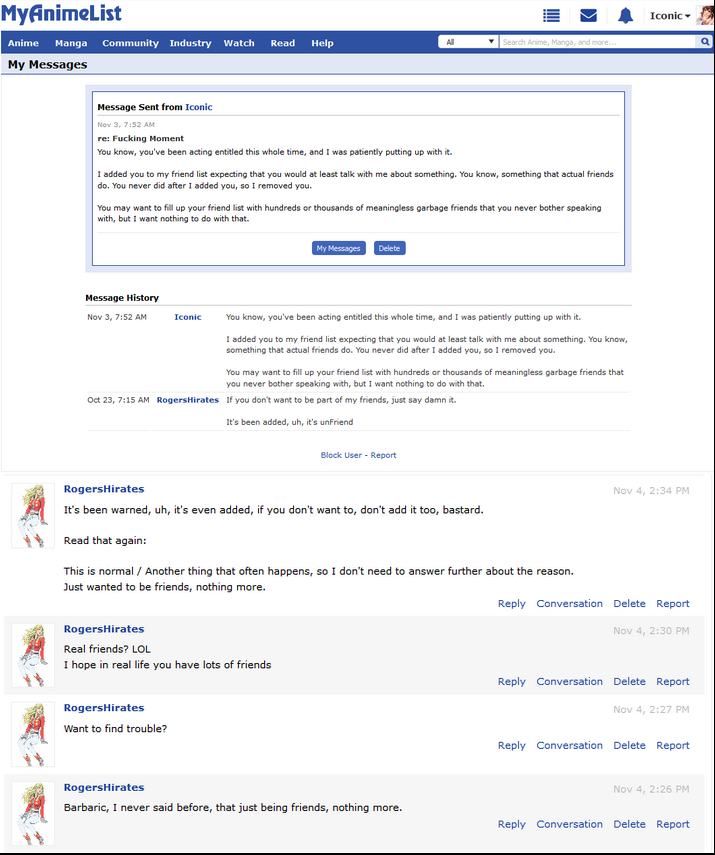 Iconic Nov 3, 9:28 AM
It's a stereotype based on people's accounts - both irl people I've met that have gone there and from reading people's comments on the internet. Unscientific, sure. But it is not complete garbage. I tend to view relationships as having the potential for marriage, so I always keep those things in mind. lol

And now you'll have a really nice Radeon 6800 XT to pair with the Ryzen 5900x. Don't bother with the 6900 XT, since it's too expensive and I've been reading that you'll need the $750 Ryzen 5950x just to fully utilize the 6900 XT. I'm really glad that AMD has finally caught up to Nvidia, but I hate how Nvidia butchering their launch has allowed AMD to keep prices high. I guess you'll have to wait until next year for both companies to really be at each other's throats, but something tells me that you will not wait that long.

PS, how was your Halloween? I actually liked Halloween this year since I didn't have to worry about turning on the lights and having to deal with Trick-Or-Treaters ringing my doorbell constantly.

Masserati_ Nov 2, 2:46 PM
Oh, no, God no. We broke up a long time ago and things were a complete mess after that. There's a whole story behind it but I won't go into it in MAL comments.

There's a lot of benefits to me living at home like that I have my own room and that the money I have to pay to stay here is negligible. That being said I definitely can't wait to move out when the time comes.

Masserati_ Nov 2, 9:02 AM
Covid basically screwed over all my chances of getting my own place this year, hopefully that'll change next year and I can potentially move in with my girlfriend. Other than that I've been working from home and it's not been bad.

Masserati_ Nov 1, 12:35 PM
How have things been with you? I can't remember the last time we talked. Must have been years ago when I was still more active on this site.