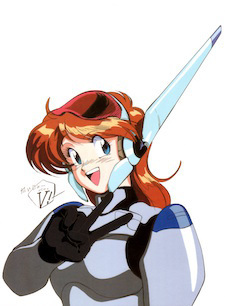 Kishbokai Oct 22, 5:24 PM
Welcome back Jeanbokai! It's great to see you again!
I answered your question on discord, but I hope to be able to talk to you more again!
Have a great day! <3

Matt108 Sep 28, 1:14 PM
hey, Im back, sorry, I was off MAL for a while.I changed it again, this time it will stick, Its just my name but in english before you ask, and to answer your question cause someone dared me to and Constatine is one of my favorite roman emperors. How have you been? I have been talking to kish a lot, he is helping me write a story.

Kishbokai Sep 14, 4:46 PM
Hopefully, I'm going to finish it today and see that ending. I'm really looking forward to it.

School can do that to you because of how long the fruits of your labour take to show. Technically, going to school is productive, but it is that feeling of eating up time that makes it hard for us to understand. I only really need two or three classes, but I'm stuck in school for half of the day. Doesn't mean its' not productive, but sometimes it doesn't feel like that. I'm glad you were able to get the courage to upload it. I think that's the telltale sign that you're an artist. There's always something you can improve on, and if you don't have that feeling, it's bound to be a depressing one. because it means you hit your limit. So think of it as a way to show you're still improving and want to get better. Just hang in there and keep pushing through. I'm sure you can do it.

I hope so too. You and I barely have seen that much anime compared to others, so it would be a shame for you to lose that passion so soon.
Honestly, I think it's better that you're not watching anime every day. To only consume media without thinking just sounds like hell. Ah, Evangelion really does change a person, doesn't it? That's exactly what it did for me. I became more friendly and determined to break out of my depression. It was hard at times, but I kept moving forward. Yes, life may have been easy, but were you truly happy? I think humans need things to worry about, things to be stressed about, but also things to feel passion and joy from. That life wasn't any of that. It just sounds like you consumed and consumed media until you had to do the basic needs. It's not too bad that you have such high standards. I would say to try and focus on enjoying things for what they are rather than think everyone should be a masterpiece. Sometimes, a mediocre anime is just fun for the sake of it. Well, do you feel happy and content with who you are now or back then? I think that last statement is something you need to figure out, and understand yourself more to have acception of that part of you.

No worries. I don't know why it's so easy to talk to me, but I'm glad I can help you in some way.
Thank you and I hope you get out of this mood to a happier state!
Idk what you mean by that, but <3 Kish
No worries again. I enjoyed that song. Here's an album that makes you feel better:

Kishbokai Sep 7, 1:11 PM
I think you did recommend it to me, but later late than never I suppose lol. I kind of thought this show would be something added to my favourites, but as I keep watching, it's a good show, but not masterpiece level for me. I remember seeing those artbooks lol, and I love the character design for Lain. It's perfect, dare I say.

No worries, take your time with the pm and comments. I rather you enjoy it than hate yourself for it.

I feel like you should add a better shift to the next part of the song but I really like it.

I hope the same for you and a great day!
-Kish

Kishbokai Sep 4, 12:12 PM
It's very interesting, to say the least. It has this lifeless feel to it that only technology can brighten people's lives up. I noticed it with music and the lights all shining throughout is really the only thing that brings out the humanity in people in this show. Other than that, everyone's voices sound so slow and lifeless.
So, I'm liking it and I'm curious about how it goes.
Plus, I like Lain. She's cute and fun to watch oddly enough.

Kishbokai Aug 21, 8:58 AM
Yo Jean,
Things have been going well. I'm in my final year of high school, but it's been quite relaxing since I did all that online school stuff. I can even leave early from school ahead of everyone else. So far, it hasn't been free time for me, but I'm getting there.
No worries, I think I understand that feeling more than anything with writing a pretty late reply. I hope you'll able to make those charts for the key project since idk how to help you on that lol.
Same thing happened to me this summer. I had so many things planned, but I didn't even get to do any of it. But, it happens and you'll always have time to do those things at some point. That's why we have the weekend for.
Again, don't worry about it and I hope you're able to enjoy the remaining days of your summer break!
Followed you!
See you soon as always

Kishbokai Jul 28, 7:11 AM
It's all good. I just happen to have friends that are all great but are really busy. Yeah, it seems I was the only one that wished you a happy birthday as well haha. But at least we got each other!
Thanks and it was a great birthday! I even got to watch One Piece film Gold in theatres for the first time since it happened to reshow on my birthday. It was amazing.


Oh yeah, I remember Conan talking about that in the manga. I think I'll read that when I get the chance to, so thanks for recommending it to me!

Thank you, it truly means a lot! You are the only person that wished me a Happy Birthday on Mal, so congrats to you lol.
I very much look forward to it, love you too, and thanks for the Gintama Congratulations! I can't wait to get to that scene in the anime haha.

Kishbokai Jul 10, 6:04 AM
Yo Jeankong,
Glad to hear it and I hope you enjoy your summer break as much as possible!
I wish the same to you and see you soon!

Kishbokai Jul 2, 7:28 PM
To respond to your other coment
I would be pretty interested to see some of your presents!

I did look into their history, and it's pretty dishearting to hear. At the very least, Alice Glass is still making great music so I've been listening to her a lot instead.

I feel the same way with Ran Mouri. Expect, for me, she's there to listen to me and that's all.

Kishbokai Jun 25, 1:54 PM
Ah, alright then, but have a lot of fun in Italy! Your replies will be here waiting for you, so go out there and do things you would do in Italy (Idk man)

I have no idea how you were able to figure out something was wrong from that sentence. Though, I'm grateful someone's asking finally. To answer your question, not really. Maybe this is the effect of taking lower doses of my antidepressants (which I'll go back to the full amount since I guess I was wrong. I still need those, unfortunately.) or coming back from my summer camp, but I've just been feeling lonely and disinterested in everything. Only for the first 5 hours can I do things productive before I just slum myself into a depressing mood, thinking and feeling things I have no real reason to think. Nothing wrong or bad has happened. Just coming back from camp, I feel way lonelier than ever. And then my friends are understandable busy, but it kind of adds to the loneliness.

So, in all, I just feel empty, but I'll get through it eventually. Someone watching Berserk eases that pain, but it does it like how Eva eases depression.
Sorry for the long rumble about my problems, I usually don't do that, but I'm happy that someone asked that question and just wanted to know without any other motives.
Thanks and enjoy your trip to Italy. Say hi to Giorno for me.

I wish for you to have many more amazing birthdays to come! I was really busy today, but I'll be sure to send my reply to you tomorrow.
Also, thanks for recommending Crystal Castles. Their music is amazing.

Thank you for the luck. I don't think America does novel magazines like that, but I'm technically already doing that right now, so I'll release it all in one go. However, if a Japanese publisher comes along, then I'll do the magazine format for sure.

Haha, that's how it goes sometimes, but when you do have that time, go for it.
Oh that's pretty great to hear then! I hope to listen to it in the near future, so I look forward to it!

Ah, sorry to hear about all that. I had the same experience when I lost too much weight, I had to bulk up and wasn't allowed to work out at all. It was pretty depressing, but you'll be able to work out again in no time and regain that progress. In fact, it will be easier to do so since you have already wen through it.
I've been doing good, but the anxieties are still there. Almost everyday since summer started, I've been worrying over time and if I'm doing everything I want to do. But I'm getting through it still by being productive and talking with friends. Writing actually has made me worry a bit less, but I'm getting there, sooner or later.
All Comments