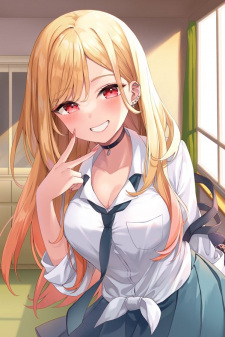 I'm also currently reading the Mushoku Tensei LN while I'm waiting for season 2 of the anime.

animegamer245 Aug 2, 8:28 AM
These days I'm working a par time job & watching anime or plaing video games whenever I have the free time.

cringefacade Jul 31, 6:59 AM
Accidentally stumbled upon your account and ended up finding a ton of stuff to add to my watchlist. Peak taste, bro.

utsuderegor Jun 14, 5:19 PM
I haven't finished the VN for Steins;Gate, but I really enjoyed it. Though I'm not decided on if it's better than the anime or not. The art style and aesthetic of the VN is so unique and fun to look at.

I might play some more VNs soon, maybe some more of the Fate ones.

utsuderegor Jun 12, 5:40 AM
Have you played the Fate VN or the Steins:Gate VN? They're the only VNs I've played. I love your profile btw

The anime made a lot of success thankfully, we are even getting a S2!

Her VA was great IMO.
BTW, it is not manhwa, that is if it was from Korea xD