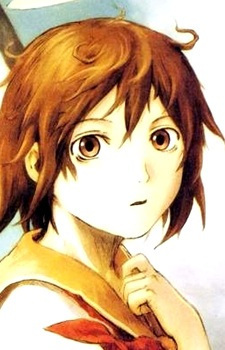 ned993 Aug 2, 5:44 AM
Yeah same here, it's just a testament to how many people are so sheltered they don't even know common sense.

ned993 Jul 28, 3:32 AM
That's good to hear. ^^ Yeah they should just enforce it by law, it's why there were barely any cases here since anyone that broke the lockdown curfew was immediately heavily fined then thrown in jail. Oh that sucks, hope they don't stay close for long.

I am, thanks! Take care and stay safe on your end :)

ned993 Jul 13, 1:21 PM
Thankfully here in Jordan they went on lockdown from the get go, and as a result is one of the best places to be in rn, since most of the reported cases aren't local and are from people coming from abroad going straight into quarantine, they've reopened most things here apart from cinemas but you can't go into shops or anything without a mask and gloves, so thankfully the situation is under control

Yeah the US is a fucking mess, that's good to hear for you at least. Take care and stay safe ^^

Xzzie May 1, 6:28 PM
At least you liked it, and that's what matters the most. Yess, i hope you enjoy Vagabond, it's without a doubt my favorite manga. I do think it goes downhill after the 2 arcs yea. It never got to being bad or anything like that, but the drop in quality is very noticable. And the inconsistent(and also Weekly page count released monthly) chapters doesn't help either.

Honestly, RE2 remake is at the same level as RE4 and might be better, especially in terms on level design, but yea i do think RE4 is still my favorite. I like it mostly for the atmosphere it provides and the memorable character encounters(especially Ada and Krauser). It's approach for atmosphere is different from the previous games(obvious from the gameplay change), going from the claustrophobic horror to enviromental horro, and some people don't like this change, but i think it's very tightly designed. Oh nice, how are you liking Umineko?

Sorry for the late reply. How have you been doing lately? Doing anything interesting? I hope you're doing well in all this chaos.

Lyn was indeed blessed by Naga herself apparently.

How goes your FEventure? Seems you got around.

P.S. got some juicy info on the Jojo/Persona debate that you may want to bring up whenever the situation arises (I know I do get myself in a spiteful conversations likeso)

I'm also doing quarantine so I decided to starting watching more anime again, what have you been doing?

But I'm doing super great and enjoying life. How about you?

Xzzie Feb 16, 10:16 AM
The facial expression may not be a problem, but my main problem is that the anime just glimpsed over/treated some important panels from the manga(just showed them for a split second or so in the anime), which hold quite the emotional weight. And they add up, to make the entire emotional/impact package that i feel the anime was missing. I HIGHLY recommend reading the manga, even tho i think it drops in quality after the first two arcs(the first arc that the anime adapted, and the second arc, Farming arc), but the first 2 are amazing. Askeladd is definitely what made Vinland Saga great for me, he's one of my all time favorites characters, but Thorfinn in the next arc is amazing, too. Not Askeladd level, but still good.

I only included main RE entries. And yea, RE5 is indeed bland, but oh man, RE6 is an insult to the series. Ye it is, and it's really enjoyable.

Sorry for the late reply. 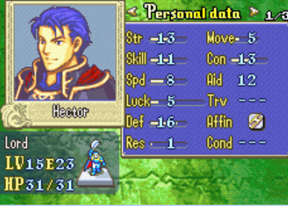 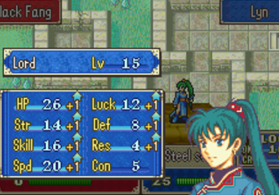 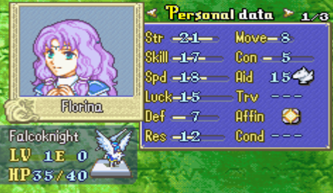 No stat boosters except an e. stone on Florina. Hector there for comparison. 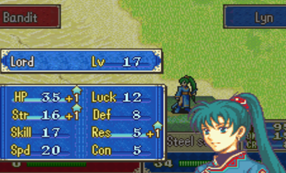 No it's not top 3, but it's one of my top for sure. Yea that's pretty much the only drawback, it's around 1.3 million words. 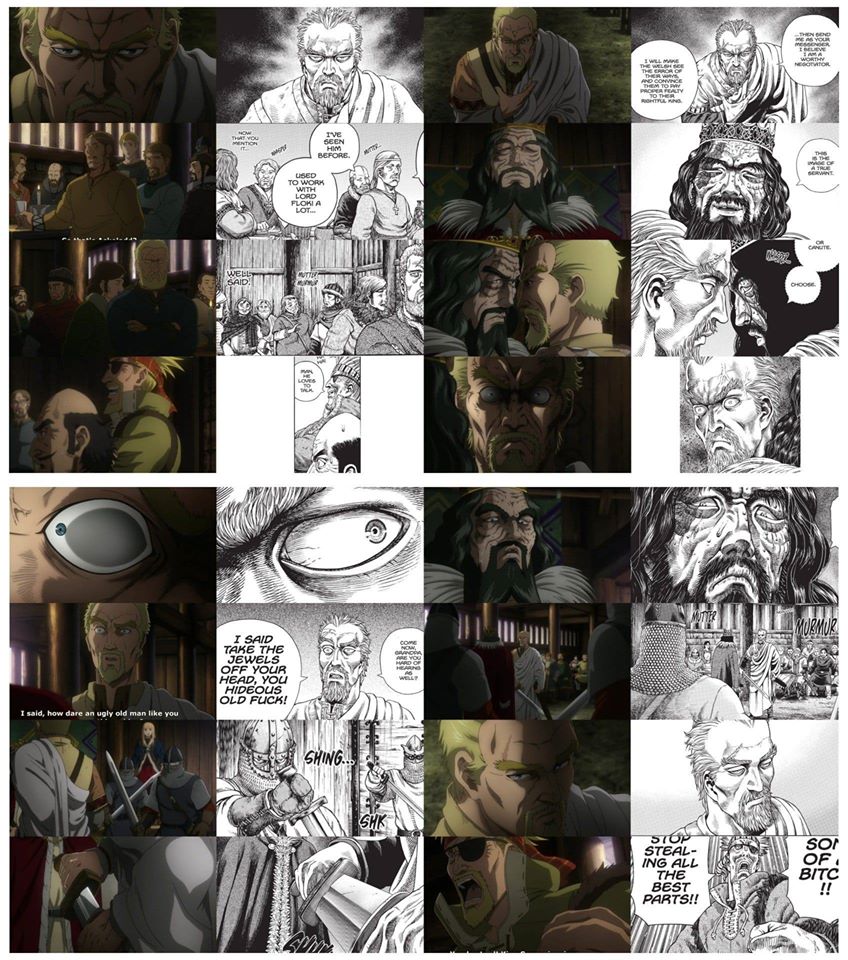 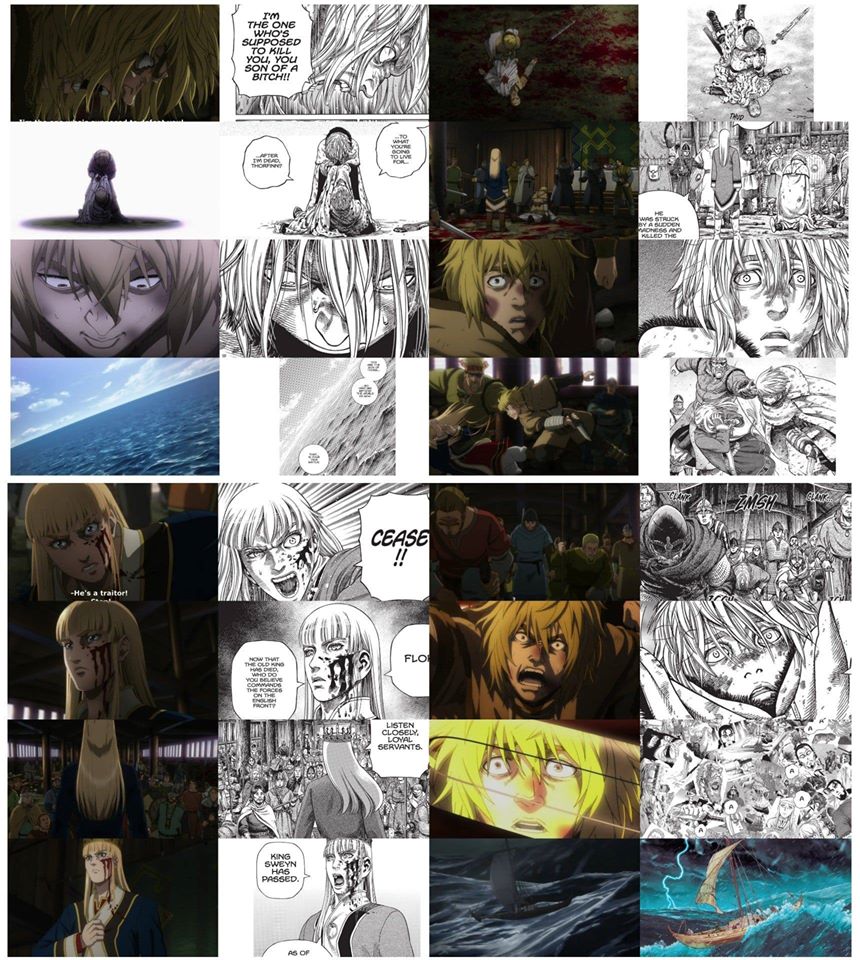 I thought that the emotional impact was missing in some important scenes, which were supposed to make you stop and process what happened and it also helps that the manga medium can have more focus on little details when the author wants to, but in the anime they just treated them like a normal scene, the anime also didn't have the same crazy "that escalated quickly" sort of atmosphere. Askeladd is definitely one of my favorite characters ever, and i highly recommend you read the manga(that certain scene hit way harder there).

Yea they announced RE3, ane some leaks say that it'll have a multiplayer, too, let's see how they handle this, since RE3 is the best in the series after RE4 imo. It's about 11 or 12 hours, not that long, and very fun and aesthetically pleasing.