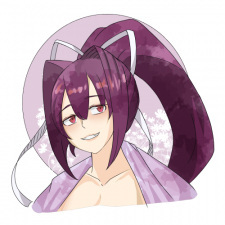 therealloxodon 7 hours ago
What I love about LotGH is that it is BOTH quality and quantity. The sheer grand scope of the show is second to none. Continue watching, the show only gets better and better and the characters grow on you more and more.

About annerose, she I just feel like could have used more in the story, she felt the most boring character for me in the show…

Aimless_Punk 11 hours ago
Are you being sarcastic?

YoungVagabond 12 hours ago
No worries! I was just listing early major events in the development of shounen. The premiere of Weekly Shounen Jump was one, and early bestsellers like Ashita no Joe and Tiger King were another. I wasn't implying that either of those two titles appeared in the former.

And thanks for the kind words! Actually, roughly 50% affinity is quite good, and we have some similar favorites. (Samurai Champloo, Perfect Blue, JoJo, Araki, Berserk, Kon, Urasawa, and Watanabe)

therealloxodon Yesterday, 9:27 PM
I don’t like ranking characters individually but the overall grade for the female cast in ginga is a 9.5/10 I would say. The characters were believable and felt human and realistic, contributed to the plot story and message a fair amount. The female partners of Julian, Yang and Reinhard developed them respectfully, I loved them . hated Annerose tho. If I had to choose my favorite, it would probably be Hilda.

YoungVagabond Yesterday, 2:45 PM
Okay? I don't believe my review of "Naruto" implied that it was...

kihel Sep 24, 8:12 AM
Well, I feel kind of bad that buying used means no income for the author.

Oh, I have written a novel as a secondary work, but I recognized that it was not suitable for me after I wrote one. I can't end a story neatly like this. If you can tell a story, I think you should write one. Because I think being able to write is also a talent.