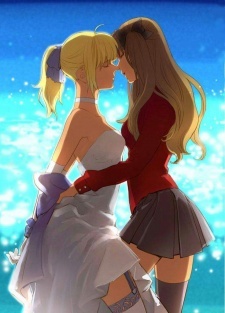 WillbertBudi Jul 24, 10:23 AM
hey, i just realized you sent me a request, sorry i just found out about it, i'm not that active anymore in mal, anyway thanks for the request!

Momoko84 Jul 14, 8:37 PM
That's good. I'm good. Actually I'm re-watching Fushigi Yugi since it's been forever since I seen it. how about you?

Anyway... Which couple is this in your profile pic?

Tebaldi Jul 13, 2:24 AM
A room for development is always welcome. My fear is that this author is not courageous enough to give a satisfying relationship based on that premise, which is quite strong, actually, but hard to make a good thing out of it. That's why she liking her, to me, isn't impressive to me. I wish to know if not only her regret and sorrow will make her try to improve and don't abuse his masochist side, or if he'll like... make her be somewhat sadist anyways and "take fun" by letting himself be degraded in a more... you know... lewd way if you know what I mean. This author is heavy NSFL hentai author. That's the main reason I suspect he could take this sadist-masochist dynamic goes to a kinky thing really quick and forgets about anything else.


JakCooper2 said:
Before I talk about Nagatoro, I have to ask first, have you read or watched it?

I've watched the first two episodes by a reaction video and it didn't pick my interest because it seemed to me a "romantization" of bullying and SM relationships in some way... But I could be wrong. However, as I don't have much time, I try to check some opinions before separating time to check the titles.