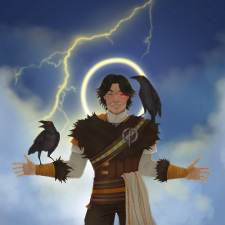 EcchiGodMamster Jul 24, 10:46 AM
Working my fucking ass off lol

JakCooper2 Jul 19, 8:29 PM
Hey there. I've gotten pretty far into Nagatoro now, and i"ve had several epiphanies about her character that I feel I need to share with you, since we were talking about it before. The short version, (and I do mean that, I could talk about this manga for a very long time right now, i'm showing you mercy, lol), is that there are three motivations behind Nagatoro's teasing, (I guess spoilers ahead, although that's the whole point of this comment, and what we were discussing before).

1.The most basic is that she has a crush on him, but is extremely awkward aorund him and doesn't know how to express her feelings otherwise. She also kind of had no choice to tease him or else he would have never even noticed her, due to the fact that he always stares at the ground as he walks.

3.This is the most complicated one. Her constant "bullying" as an underlined purpose; she wants him to stand up for himself. During his life, he's always been bullied by other people, and the way he would handle it is that he'd simply run away and cry somewhere in private. Nagatoro likes him, and wants better for him; nobody likes to see someone they care about get trampled on constantly. So the purpose of her "bullying", or teasing, as it's debatable if it can even be called bullying in the first place, is to make him stand up for himself, and have more self confidence and self respect. I'm convinced now that hte most joyous thing he could do for her would be to push back against her, against the servitude that her and her friends often put him under. And there has definitely been progression, albeit very slow progression, as it's been a hell of a long time since he's cried due to her teasing. Although I'm only 50 chapters in currently, so I don't know how much further that his character has developed yet.

proximo Jul 17, 6:12 PM
Very busy. We completed moving to a new home and my father has been very ill and have been helping him. Today is the first time i have been on this profile in over a week.

Coolest1234D Jul 17, 7:47 AM
Ohhhh that sounds like Tokyo Ghoul..... Nothing basically just watching anime ... And studying
All Comments