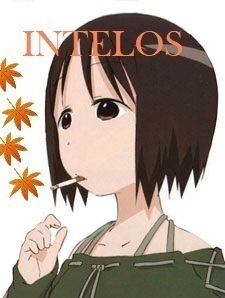 CherryPit Jul 1, 12:08 PM
I find it to be an interesting show. It's a rather unconventional mix of genres of being an atmospheric slice of life with a bit of drama mixed in with the sci-fi plot. It definitely makes me interested to see what happens next! Nice to know the ending is strong. I hope I end up really liking it.

Neimaj Jun 20, 7:16 AM
And one last recommendation if you haven't seen it. Magic Knight Rayearth. It's an older magcial girls anime that's also an isekai. It's very good, in my opinion.

Neimaj Jun 8, 6:24 PM
Maison Ikkoku is definitely Takahashi's best work. And it's funny you say that it meanders, because she has that problem in many of her other series. Especially Ranma... *Vietnam flashbacks*

Inuyasha is also not good.

I feel Maison Ikkoku didn't waste your time l like those other shows. It's just a solid romance story and I love it.

Neimaj Jun 8, 5:16 PM
Sorry if I made any spelling, grammar, or punctuation errors. I'm in a hurry and typed it up quick. Hands are numb...comfortably numb...

Neimaj Jun 8, 5:14 PM
So, I looked through your list and noticed that comedy is not your thing and some of my favorite anime you scored low. So I had to think pretty hard about it. I might have to convince you to try them again another time. I could only think of four recommendations. We should have a more detailed conversation about this. I would love to know what your rating system is like and your experience with these shows. I'm very curious. If you have a discord we could also chat there, possibly.

• Honno No Tenkousei: The only OVA I could score a 10/10. If you like Ashita no Joe this is a strong recommendation. It pays a lot of homage to 70's anime, specifically Ashita no Joe. It captures that 70's aesthetic so well while having incredible sakuga. Take the hot bloodedness of Gurren Lagann and mix it with the boxing of Ashita no Joe. It's very straightforward in its storytelling and is only 50 minutes.

• Puni Puni Poemii: Excel Saga on crack. It's a parody of Magical Girl anime. Specifically Cardcaptor Sakura. I don't want to overhype it. But I love it. It goes a million miles an hour. It's so fast and so unlike any other comedy anime you've seen.

• Space Dandy: Same director as Cowboy Bebop. And I feel that Dandy's highest highs are on the same level as Cowboy Bebop. S2 of Dandy is definitely a 10/10 for me. Don't be fooled by how goofy the show is during the beginning. Especially in S2, the episodes become very esoteric and abstract.

• Ie Nako Ko: World Master Piece Theater anime adaptation that I gave a 10/10. Since you like Anne of Green Gables, I thought it would be fitting. You will love it....probably.

Neimaj Jun 8, 5:13 PM
I'm glad you have a positive mentality about that. Whenever I'm too honest about a highly praised show, people attack me or stop talking to me. Good to know you have that outlook. Most people are too afraid to be honest about a show because they fear they might be ostracized. I've also seen Ojamajo Doremi last summer. Gave it a 7. It's good.

Weltschmerz- Jun 8, 2:45 PM
Happy, you have asked for suggestions, I am by no means expert in the cinema medium. the stuff I would suggest, are not necessarily the best films I have watched. but rather the closest ones to my heart.

Since your are a sucker for SOL-Dramas. like me. I would suggest you. to get deeper into Japanese cinema and start to get into Iranian cinema.

I suggest watching More films by Ozu and Mizoguchi. both made timeles classics. that give accurate representation for the japanese society in their respective times and the varius socio-political issuees, the japanese society faced back in the day. for Mizoguchi. I would suggest starting with *The Story of the Last Chrysanthemums*. since it is my favorite film by him from what I have watched, and I am sure it would blow you away, as it did to me.

For more japanese cinema. I would suggest watching the films of Hirokazu Kore-eda. he is good for SOL-dramas. start with *Still walking*. and then, i would personally, suggest picking up *After life*, as it is another personal favorite of mine from his body of work.

For more japanese cinema. I would suggest watching *Love exposure*, it is not a SOL-Drama film. it is the opposite in seveal ways, but it is my favorite film of all time. it is 4 hours long, but it was the most enjotable 4 hours, i ever had the pleasure to experince in my life, I cant ever praise this film enough

Moving to Iranian cinema, it is my favorite Cinema by country, every Iranian film i watched so far, was amazing to me. their films sometime tend to be very low-end in regardes to the audio-production aspects, but they manage to craft stories that are so memoarble and engaging in my opinion.

I suggest watching any of these films, does not matter what you watch first.

Those are the only Iranian films. I have watched, but all of them were amazing in my opinion.

I am no longer into cinema, But those are the films and filmakers that I appreciate the most, as of now. and. oh, sorry for any mistakes in regardes to my spelling or usage of grammar. and sorry for spacing out too much.

And, oh, edited, Since you like Texhnolyze, I suggest you, to watch the movie *Come and see, 1985*. It is such a bleak and well made war movie, I dont even care for war/military media, but this one did a fantastic job in offering a memorable, super-atmospheric, and immersive experience, about the horrors men face in the times of crisis and absolute despair.

Predator_Noa Jun 6, 5:53 AM
Oh, that's interesting to have a twin brother with the same interest. Seem like you both enjoy similar things. More love to Historie :)

Neimaj Jun 5, 1:41 PM
I meant the former. From my personal experience with the show, the best part is the first 27 episodes and it slowly loses steam as it goes on. Touch never reaches the same heights after that point, unfortunately. The emotional stakes were not that high anymore. I ended up giving the show a 7/10 by the end. However, you might like all of it. I'm definitely in the minority of people who feel that way about the show. I do think it's Mitsuru Adachi's best work. That first arc drove me to tears.

And sure, no problem. I prefer interacting with someone before sending a friend request or accepting one. I like speaking and learning about new people (＾∇＾).
Thank you. You also have an interesting list. Maybe we could compare lists and see what we both like.

Yataa Jun 1, 11:48 AM
Tatsuya in your favorites already? Love to see it.
All Comments