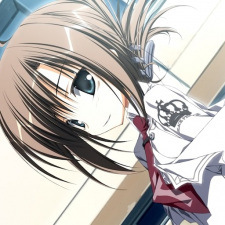 Welcome to my profile

- Huge fan of the Science Adventure franchise and Subahibi

- Lover of anime, despite what my low mean score might indicate

10/10 = Greatest ever, my absolute favorites of all time, which resonated with me on an extremely personal level.
9/10 = Amazing, amongst the best anime or manga ever created, and worthy of endless praise.
8/10 = Phenomenal, certainly a sight to behold from a creative, thematic, or written perspective, often an impactful watch or read which left a mark.
7/10 = Greatness, this anime or manga either has a few notable flaws or shortcomings, or it may not have resonated with me very much, but I can acknowledge its artistic merit.
6/10 = Pretty good, similar to a 7/10, but perhaps a bit less compelling or has even more glaring flaws. It is still somewhat noteworthy, however, and better than average.
5/10 = Not inherently bad, but boring and unmemorable.
4/10 = Flawed on a thematic, creative, or written basis to the point where enjoyment is impacted yet not bad in its entirety.
3/10 = I found this anime or manga was bad, and I disliked it for some reason or another; however, it had some quality, such as great animation, which saves it from being rated lower.
2/10 = Little redeeming qualities and a complete waste of time; I would not recommend this to anyone.
1/10 = Utter garbage with 0 redeeming qualities to speak of.

These are not ordered other than the first two, otherwise, this is just a compilation of some artists that I listen to a lot. I dislike Panic! At the Disco's new music and only listen to their first two albums frequently.