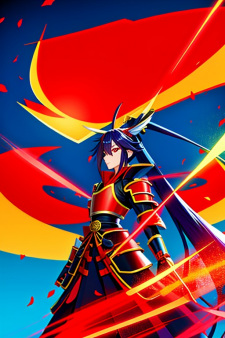 Ryuu no Michi
4 hours ago
Plan to Read · Scored -

FMmatron Yesterday, 6:30 AM
Hahaha. Even Captain Tsubasa had shots that went through the net right into a solid concrete wall.

Then you have Blue Look which is even edgier than any sport series before.

FMmatron Sep 14, 3:57 AM
That was my wishful prediction after Wano, but who knows, Blackbeard might kick his ass right now.

FMmatron Sep 14, 2:36 AM
I was asking that myself, taking into account as to why Big Mom herself didn't intervene. Now I would say that the Katakuri stuff happened around the time the Rocks Pirates got wrecked.

As for Pudding. The kids might have been orphans or hoodlums. Also, Big Mom got so many kids she doesn't care about them, they're mostly tools to make allies. She only favors the strong ones that can carry themselves. She's unforgiving to others. Wanting Lola dead, venting on Chiffon, taking the lifespan from Moscato and Opera, even Perospero, her first son had to fear for his life. Pudding herself was ridiculed by her mom and told to grow her hair out. On top of that there's also a lot of tension between siblings, even among the youngest ones who want to kill her sister for trivial reasons. Big Mom doesn't really seem to mind, everyone wants to kill at least a few people. Then there's Praline who was quick to betray her fam.

Bottom Line: Totto Land looks nice, but it's a pirates world where only the strong survive. Wouldn't surprise me if Pudding didn't even say anything to her mom. Either out of resentment or thinking she wouldn't receive help. Because even if she did, she would've most likely get mocked ala that she's a useless brat that causes only trouble(Big Mom angry that her third eye is still useless) So might as well take things in your own hands. Some of siblings probably would've helped her, tho.

GemienLUV Sep 12, 8:20 AM
I mean NT is still not really bad if your parents are ok with it

FMmatron Sep 12, 4:45 AM
I appreciate HxH because it's a bit more subtle and more grounded in it's tone. The casual deaths add to that as well. There were quite a few during the Hunter Exams, during York New(Shadow Beasts, Uvogin, Pakunoda), Greed Island and even during the Election Arc(Gotoh)They're foremost there to remind you how harsh the world can be. Good for stakes and tension, makes the story more believeable. At times they're also used a bit for shock factor or to get rid of someone as well. Still, not as clumsy as in AoT.


"The anime improves the fast pacing"

"Oh God, could you stop complaining that the anime isn't following the manga. It's different, but not bad"