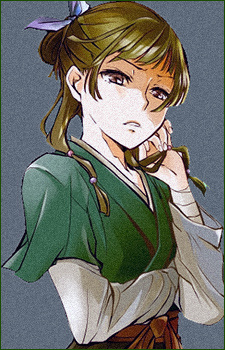 MakkusuUnfilwin Jun 23, 12:45 AM
Yo! How are you finding Escaflowne? A friend and I are in the middle of watching it as well, and apart from the gorgeous designs, well-animated mech fights, stellar ost and likeable MC, I've been finding it to be quite flat. I know it's thought of pretty highly, especially in the context of other Akane works, but I'm just not seeing the grand appeal. I'll definitely stick with it though as it still has a lot of promise. The movie version/rework (?) looks crazy good, so if anything, I'll finish the series for comparison's sake.

Neimaj Jun 4, 5:39 AM
It's nice to see someone watch the original Mahoujin Guruguru. Love that series.

JalenHarris Jun 3, 2:10 PM
I’ll definetly watch the second half just taking a break from it at the moment

MakkusuUnfilwin Jun 3, 5:56 AM
That's for sure one of Tomino's greatest strengths as a director; relational chaos, I guess, is how I'd put it. I still need to finish BP as it has all the makings of an amazing show. It's got a Kanno soundtrack, utterly insane Tomino directing and writing (I knew it was unique when it began in media res without any overbearing exposition dump), and genuinely beautiful char and mech designs. I'll be sure to give you my thoughts on BP whenever I get around to finishing it :)

That's fair. The last stretch climaxes not so gracefully and, more or less, comes out of nowhere, I think. So I understand not really enjoying it/it not convincing you so much.

The way I look at King Gainer is like a pool table, where each character is a billiard, and the player's (Tomino's) objective is to knock all the billiards into the pockets (an emotional payoff). So, with that analogy in mind, you're watching a show where the characters and factions are just crashing into each other in the most absurd fashion possible, and every once in a while, you get some surprising emotional pay-off, like that whole arc with Adette and Gainer. Watching the show through that lens makes it into this weird, irreverent comedy full of odd Tomino-isms. Obviously, though, that's not gonna be everyone's cup of tea, which, I guess, is why OKG is rated so low.

However, I do agree about the last episodes being not as enjoyable. Every episode before had this odd, villain of the week template, where they'd show off just INSANE, non-sequitur overskills, which I think is the most enjoyable part of the show. It's not as dense as the earlier episodes, but it's still tons of fun nonetheless. Although, despite not being as fun as the earlier part, the final quarter of the show showcased some of Takehito Koyasu's best vocal work in the form of Asuham. I even compiled all his best deliveries in the overdevil ep on YT.

Anyways, I could go on for ages about OKG, so I'll cut it short. I'm nevertheless happy you gave it a watch!

MakkusuUnfilwin Jun 2, 11:33 PM
I've been meaning to leave a message for a while now but keep forgetting to. Anyways, I saw you finished King Gainer a bit ago, and I'm curious to hear what you thought of it, considering you gave it a pretty middling score.

RedInfinity May 25, 12:15 PM
Also, that's a wonderful piece that you have posted on your profile! Is brain powerd worth watching? It seems very controversial amongst my friends

RedInfinity May 25, 12:12 PM
Nice! Well I hope that you find it worthwhile. I like to listen to some of the ost every now and then, especially this one: https://youtu.be/scptbIZbNxk

I don't know, just something about the instrumentation makes me reminisce of a very specific part of my life. It's strangely melancholic in ways that other sounds aren't.

Yeah haha I was being sarcastic about the youth thing! I know I'm not that old but considering that it's already been 6 years since I saw Hidamari Sketch it sure makes it seem that way!

Nice! I hope that you enjoy it. It is quite a nostalgic experience for me, the atmosphere is very cozy and reminds me of my youth.

Khachaturian May 1, 3:57 PM
I agree with everything you said in your review about three days of happiness. However ff we read it knowing that the main character is a dumb and plain idiot we can find truths about life through the mistakes he makes. Particularly through what the main character doesn't do in order to make his life better. So in a weird way, even though I see this story in the same light and reasoning you did. My opinion is that it was a particularly good story because it gave me food for thought in that specific direction. Kinda humorous actually, or maybe I just think in a really weird way.....

MakkusuUnfilwin Apr 6, 6:23 PM
Yeah, it's certainly very similar to those two. Particularly in the way characters converse with each other, mostly speaking at each other rather than to each other. It's something I've come to like about Tomino's shows—the relational chaos of it all. I've always seen Gainer as the perfect middle ground between Turn A and G-Reco. And funnily enough, I remember seeing that Brain Powerd BD when it was announced and thinking it was a remake or something, which I wouldn't have been opposed to.

Yeah, Cynthia is basically a proto-Anemone. They're very similar. I've had other people make the same mistake, to which I can't blame 'em.

Gainer came out in a time before the term "gamer" had as much mainstream notoriety as it does nowadays, so it comes off more sincere even if Gainer himself is more or less a satire. And that Twitter post is hilarious; that's some typical Tominoshit, lmao. Wouldn't expect anything less.

MakkusuUnfilwin Apr 4, 10:09 PM
How've you been enjoying King Gainer so far?
All Comments