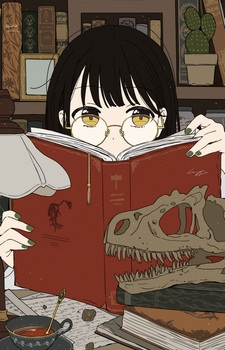 GodOfWolves Sep 16, 5:35 PM
Hey there again, had another question, what image is that landscape from below the typewriter one - the one with the store and fields and hills - is it random - or is it from a manga or game or something?

vegeta8639 Aug 26, 7:52 AM
I've known for months that I was gonna have to add a few Genshin characters as soon as something like this or a potential anime happened. Ganyu is my favorite but I'll probably add Ayaka too once she shows up in the manga or wherever. I love Hu Tao's design and she's one of my strongest characters but I'd like to see more from her story wise before adding her. Hopefully they'll make a hangout event or expand on her story quest at some point.
Btw did you watch this thing? https://www.youtube.com/watch?v=FfZrSXlbq1c
That's the type of thing I want to see more of in game.

GodOfWolves Aug 26, 4:02 AM
Aww, bummer you have a bad relation to it - but interesting - never heard of john crowley before

And yeah, I think i took a glance at the manga but never really read far into it - the anime though I agree, the subtle nature of it from the soundtrack to the visual like you said, it was enthralling - yeah i think the anime only has 2 episodes or something - i havn't watched it either but ive considered it - and yeah its always nice to have something good enough that doesn't require action, to slow down and take a break instead of always reading something high tension and on the rush and go

GodOfWolves Aug 21, 8:18 PM
Hey there, obviously had seen you in the shadow forums but when I looked at your page, i really liked it and was like, i should probably add you! haha XD

Also just had to ask if you were a writer to , with the type writer background on your profile, and the fancy wording above, it kinda seemed like you may have wrote that or that you may be a writer as well,

Also nice, just realized you had girls last tour as your #1 - that was surely a top anime for me to, it was subtle for someone like me who enjoys action so much - but the way they just casually presented the story, it was wonderful, and fulfilling in a way, despite being somewhat sadish as well. - Same could be said for the yokohama anime as well, but surely glad I was recommended it, it turned out great, like he said, the world was almost like a character itself

Judevin Jul 30, 1:03 PM
Stuck in an argument with RobertBobert... rough. Good luck though, hope you can fare better than the rest of us.

ksaiio Jul 28, 5:18 PM
yep!! i accidently found it while jokingly searching genshin and saw there was a manga with characters lol 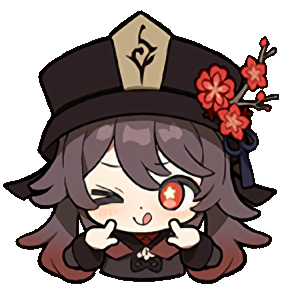 hello!! thanks for the friend request!
excited to meet you (^▽^)/

deadoptimist Jul 6, 11:24 AM
Hii! Wanted to say that I am sorry for disappearing and thankful for the messages. Was job hunting, then on probation, then actually jobbing. Hard times.

yuuxi Jul 5, 7:10 AM
ooh nice:o!!
I'll put those on my to watch list:D
I'm currently watching wonder egg^^
A lot of people told me it kinda gets worse after the first few episodes but I'm nearing the end tho I really enjoyed it:0

PurplePants Jul 5, 5:13 AM
Any reason to send me friend request?