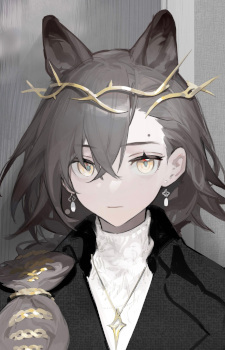 Sachyan Jan 16, 9:17 AM
Oh don't be sorry, quite honestly if I'm still here that means the money and the work is still worth doing, but I guess I'm on my limit. Anyway, if I may ask, what exactly made you quit Discord? Something specific?

I'm still waiting to confirm if I go or not, but honestly I have nothing holding me back here anymore, so I guess I can just do whatever the fuck I want hahaha.

Sachyan Jan 14, 4:31 AM
We're simulwatching Redo Healer btw hahaha, atrocious, I hope you can go back to the server at some point, miss you. Well, I've been struggling at work as well, to the point it isn't very good to my health tbh. Today I'm actually sick so I had to stay home, and I'm pretty sure is due the pressure at work. I'm making some plans to change functions soon, and there's a possibility I might go to Austria in July, perhaps to take my time there...

Nice! I'm pretty jealous. I really need to rewatch the original cuz I've been a few years since I watched it on Blu-Ray.

I'm honestly loving both seasons but at first, I vastly preferred season 1 until around episode 8. That's when season 2 started closing the gap and now I find them about even so far.

CodeBlazeFate Dec 20, 2019 4:02 PM
ooh, I see you switched to a Ghost in the Shell pfp. Coincidentally, I'm halfway through the second season of GITS SAC. It's amazing!

I wish you the best of luck doing that. :)

Thanks! Truly appreciate those words. Just gotta keep my fingers crossed for the best. ^^

Thanks a lot, Mond! I'll try to give as many of them a watch once I get to my movie backlog, though this will have to wait until I rent myself a seedbox, do not really want to get those persistent copyright letters sent directly to my house.

Wlad- Aug 7, 2018 5:25 AM
Incidentally, I started Nodame more than a year ago, but grew tired of it rather quickly at that time, picked it up again a few days ago and just watched through the entire franchise till today.

I would argue it had more something to do with the way I come into contact with the language and approached it at the time. You could say it was both a mixture of bad teachers (at least from my perspective at that time) and bad influence from friends. There was also this not so nice incident in the very first French lesson too, where I accidentally pronounced myself as 'Floriane'. Someone could have told me this before the whole class laughed at me... >_>
I have only been to France once, in Strasbourg with my class. Wasn't really the most memorable experience either, though I would say that had more something to do with the place we were staying at and the fact that we kind of had to go there and also were not allowed to freely roam and have a look at the city.
German is a language I would not really want to learn again, especially since I am not even that good at it.

I remember you talking about having spend a long time studying German before but now kind of having troubles getting back into it.
It certainly is not easy. Reminds me of a time when I was sitting in the bus with a friend of mine, when he encountered a middle aged madame that he worked with at the elementary school in his town which stopped going there for work since she was not satisfied with her level of German. Apparently was taking every German course she could take, about four hours every single day! Leaving her french accent aside I was really surprised by bother her determination and her German. Hope she can pursue what she wanted to do here in Germany as soon as possible!

The main problem in my case is that my mother is both getting money from the state because you get it till you are 27 while you still study either a profession or at an university and additional social aid money since my father died (widow pension). Since my mother only graduated from a second class school and did not pursued any actual profession we always had to rely on my father and to her friend after his death, when it came to finances . Though the relationship between those two got gradually more and more unstable throughout the last five to ten years. To the point where they still live in the same house, though in separate apartments.

To cut it short, since my mother doesn't really have a job that is paying her a decent amount of money, and since she didn't worked the last few years at all, solely feeding off the social money we get from the state, me doing something this year is important for her since else she would stop getting the money for me.

As for the movies, I am looking forward for them! :)

Wlad- Aug 6, 2018 6:49 PM
Je vais comme-ci comme-ça.
Incidentally, watching through Nodame Cantabile reminded me how I used to hate France, though now it is rather the opposite, wish I would have stuck with the language, makes the four years I learned it in school really go to waste. Hope I can visit some places in France at some point.

Still have to figure out where to go, and especially in what direction after my graduation.
Wish I could just take a gap year though that is not possible (because of financial reasons). But oh well, it always could be better, right?

Oh, that's all right, take as much time as you need. I wasn't trying to rush you to do anything.

Been quite some time since we last talked wrote. Is everything all right on your side?
I've been meaning to ask you something specific for a while now. Hope I am not bothering you with the following question.

Could you recommend me a few (how many does not really matter, the more the better though) french movies?
I am planning to go beyond just movies originating from Japan and thought why not giving a try to some french ones. Especially since I personally loved Intouchables a lot.

You can just rejoin, it wasn't anything serious lol.