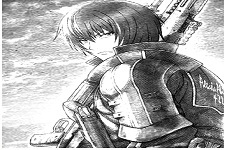 DigiCat 24 minutes ago
Tamagotchi games, i definitely know that the ones for DS got officially translated 'cause i have them, which games were you talking about?

The last Digimon news i heard of was about the new Adventure 02 movie but that was months ago, why... (is there a Frontier sequel, reboot, movie, anything!?!?!?)

🤩 Digimon Survive has already been released where i am... but it cost 50 bucks, used 😭

DigiCat 11 hours ago
Videos discussing Digimon? Not recently, why?

"tomotgachi" ... i can't tell if you mean Tomodachi Life or Tamagotchi ???

The only Data Squad game i've played is Digimon Dawn on DS, it's cool, and did you know, in the game there's a digimon called Coronamon, and she's a virus type digimon 🤣🤣🤣

Calabre006 Yesterday, 8:42 AM
Ahoy there! I've been doing pretty good myself this early summer. I've been chipping away at Hyper Police and El Cazador de la Bruja and I've been enjoying them so far.

Outside of anime, my older Brother is getting ready to move across the country (from sea to shining sea, more or less) so everyone in my family is getting ready to help him. In a month from now he's going to be driving all the way to the west coast, which is about a 5 day trip. I certainly don't envy him!

kihel Jun 27, 11:00 PM
It's cool to have two dominant hands. I imagine that sometimes people who play sports or something are ambidextrous...do you play any sports?

I wonder...your mention of gel pens makes me want to buy one of those gel pens that are good for something.

In the 90's, I think I was reading more of the showjo genre in real time. Now, I'm not so particular about the genre, though, because there are quite a few comics from the 90s that are complete when I read them now, so it's easy to read them all at once until the end.

As for darker detective entertainment, the ones that come to mind are the most recent ones I've read.

And maybe this one... my mom used to read it too, but the story was too heavy-handed and she finally dropped out after the sequel.

🤣🤣 Mosquitos hate me! Once i saw a mosquito which looked likt it was about to barf after it bit me

NeaRetrogamer Jun 27, 10:09 AM
I'm doing fine as well. The weather over here is pretty good too (perhaps a bit on the hotter side but not by too much) so no complaints on that front either.

Other than the seasonals I was watching and which are now finishing (the last one will finish next week), I'm otherwise in a bit of a break from anime rn. I am however looking forward a bit to the release of the new Bastard anime (there's also a 90s OVA, but I think I'll wait to see either from reviews or from watching it myself if the new one is good and will watch the old one only if it isn't), as well as the new installment of Rilakkuma (the previous one was a nice little slice-of-life series). And in August I'm going to watch the Fuuto Tantei anime which is a continuation of the Kamen Rider W live action series.

Manga-wise, I started following weekly this newly translated series, as I feel it has a pretty interesting approach to its premise: most stuff about idols either over-idealise things (making it seem easy) or over-villify things (making it seem like the worst thing in the whole world), so the grounded and realistic approach this one has is rather refreshing.
When it comes to reading in general, I'm also looking forward to the 2nd volume of The Holy Grail of Eris which comes out in July; this is also an interesting series, as it's actually a mystery story with well-executed suspense and good dynamics between the main characters and also lacks any isekai elements, things that are both pretty rare in LNs. And there's also this LN I'm looking forward to (I read the first couple chapters of the manga that were unofficially translated and the premise seemed interesting), but that's still quite a ways away in mid-September (that's gonna be a long wait...).

D_GeekGirl Jun 26, 12:05 PM
Ah okay, I started reading comics way before manga. Batman has some great runs. The Killing Joke was a good story but the movie was not. The Court of Owls is good. It may become a movie, but it has to come after Flashpoint. E-Miller has a lot of allegations right now, not sure if Flashpoint will come out. If not, and you want to read a good Batman story, read The Court of Owls.

As for Manhwas, The God of High School is a popular one and it had an anime last year I think. Check out the anime if you want. I'm not a fan of the red nose art style but some people like it.

Trigun Maximum, huh I may add it to my list. My best friend brought me a Trigun DVD for my birthday, but I lost it when I moved. I've never seen it, but I heard it was good. What do you think of the anime?

literaturenerd Jun 25, 7:00 PM
I'm reading "And Quiet Flows the Don" for all my manly action needs. 1,400 pages of Cossack horse warriors being badass and enduring the sheer misery of both WW1 and the Russian Civil War. It is also incredibly dark and bleak.

Although sometimes they like to do a little dancing. https://www.youtube.com/watch?v=a0fTVnhg7S0

Calabre006 Jun 25, 11:14 AM
I'm chipping away at my PTW and S-Cry-Ed was on the list. It's been there for a few months so it's nice to finally get to it. I've also been trying to find anime that are targeted to a female demographic, which is why I was watching Magic Knight Rayearth. Of course, I don't really like the magical girl genre so it wasn't really meant for me. I also tried watching another show called Libra of Nil Admirari which is a harem, another genre I don't really like. I feel like I've been shooting myself in the foot recently, haha.

LSSJ_Gaming Jun 24, 5:10 PM
My summer's been kinda eh so far, I've not been online too much due to some personal issues and haven't caught up on a lot of anime I was watching, mostly been just playing games to help calm my anxiety. It's been rather difficult being stuck at home for me. Sorry about my inactivity

D_GeekGirl Jun 24, 11:24 AM
Hello, sorry for the late reply. I normally only watch OVAs from manga I've read or from anime I've seen. I've seen the original Tenchi Muyo OVA but I can't remember it that well. I used to watch the TV series on Toonami. Ha, I need to add them to my list. I kinda forgot about it until you mentioned them.

Maybe I'll catch up on them one day.

The first couple chapters do seem quite good ngl, the chapters are short (which is perfect for soeone like me who can't read for shits) and it's written in first person from Kirito's point of view, it actually works really well, especially when there's a lot of technical explanation about the game which is usually something i find really boring to read, but reading it imagining Kirito saying those things knowing how enthusiastic he'd be to tell every detail of the gameplay makes it a fun read

Calabre006 Jun 22, 7:11 AM
I'm doing pretty good this week. I've been doing some house cleaning along with working on my PTW list. I actually finished watching Trigun yesterday and I absolutely loved it! It was a lot more tragic than I thought it would be.
All Comments