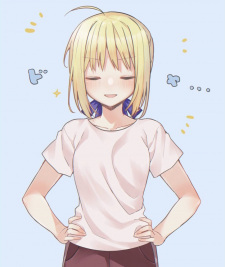 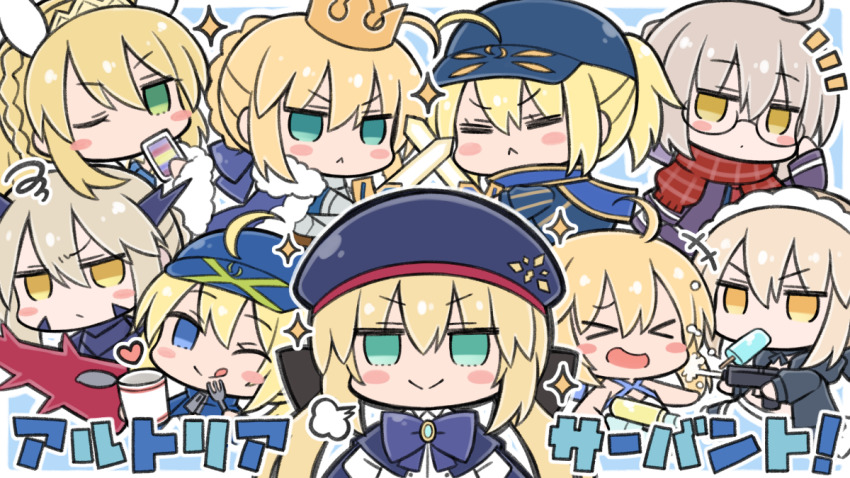 Hey there! Welcome to my humble MAL profile. I’m a fun loving anime connoisseur who will pretty much give anything a chance, so long as it seems interesting enough. Or magical girls, that’s always a plus.

I’ve been into anime and manga since my early teen years and continued in through college where I was in an anime club and met my lovely fiancé.

I’m also into video games and love the Pokemon/Persona/Fate series. If you would like to swap video game info let me know!

If you want to chat about cute girls or action shows or anything really feel free to send me a friend request or message! Have a great day!

iftsistrnn Yesterday, 12:50 PM
Same, I only have the major announcements unmuted too and just hop on every so often see what people are saying (though it's usually just loads of spam).

I haven't seen Pop Team Epic myself but the reviews seem kind of mixed, I'm guessing it's one of those shows that you either like or don't like. For now I've put it on my ptw list, the description sounds good so I might watch it soon if I find the time. Are you asking 'cause you're thinking of watching it?

That's right, I try hard not to fall behind, because once I fall behind I'll find myself virtually buried in chapters until the next time I have lots of free time.

The Blend-S manga is just as funny as the anime (if you like 4-koma manga), the only thing I'd say is that the anime and manga aren't that different, so you'd probably enjoy it more once you've forgotten most of the anime (if you watched the anime recently). That's what I did, I was about to re-watch Blend-S because it had been a while and then thought, 'you know what, why not read the manga instead'.

iftsistrnn Nov 25, 12:21 PM
I mainly use discord for games and stuff related to them, it's nice to join the official server of a game to keep up to date with stuff and more.

I remember watching that, it was really funny. I liked its unique sense of humour, but like Asobi it's a shame that there isn't much anime out there like it.

I used to not read manga that had been adapted to anime, but ever since I caught up with the Blend-S manga I've started to read more that have been adapted. However the problem stopping me now is that I don't want to start too many new mangas because it's already starting to become hard to keep up with the 300+ manga I'm already reading.

I'd say I prefer reading manga even when there's an adaptation. I would watch the anime only if I really liked the manga. Also if the manga it's interesting but has too many volumes, and I don't have time to read it and see if I like it. In this case I'd watch the anime, and only if it's really good, I'd go for the manga.

Don't worry! Yes I have discord, my username is Siyeon18#7352. Feel free to contact me whenever you like!

iftsistrnn Nov 23, 12:23 PM
No problem about the late response. I do use discord but I'm not very active there and I don't use it for anime stuff either, sorry :(

Bocchi is definitely absurd and funny, and by Sakamoto-kun do you mean the cat from Nichijo? If so I also found him quite funny too. And while we're talking about anime like Asobi, Chio-chan no Tsuugakuro comes to mind (although you've probably seen it), the humour in that is the same type as Asobi from what I remember.

Kryskfal Nov 21, 10:29 PM
thanks for accepting!! i knew instantly from your profile pic that you're cultured;;; saber is soo cute

Siyeon18 Nov 15, 8:57 AM
Ooh, interesting. At this point I think every season is going to be like that. Which one did you enjoy more?

It was too good to be true... but I'll check it out and see if it's worth a read. Usually I prefer to read the manga and if the anime adaptation has good reviews, I'll watch it too.

Sylarkz Nov 15, 8:01 AM
ahaha ive always used mouse and keyboard on PC, controller feels too slugish and slow for me at this point so i just use m and k now

fairymaiden Nov 14, 6:10 PM
I haven't watch any comedy recently so not sure.

fairymaiden Nov 13, 7:36 PM
I really enjoyed 'The Crown'. Even if you don't care about British monarchy prior to watching it is going to keep you wanting to watch it. The acting is outstanding.

iftsistrnn Nov 13, 10:34 AM
I think the manga is funnier and definitely worth a read if your enjoying the anime. The other characters also have funny moments from what I remember, including his family, the enemies and others.

I also like this type of comedy, I had a small search a while ago (probably when I first started reading the manga) but can't remember finding much like it. It's also too bad that the person who wrote the story doesn't seem to have written anything else, cause I would have given it a try if he had.

i play just pc! used to have xbox and ps but dont use them anymore :)

LordSozin Nov 11, 12:09 PM
I have seen the announcement on social media regarding the potential movies for the series. Based on what I have read so far, the films are primarily centered between ATLA and Korra--the life after the war, ig--but in all honestly, I'm not that optimistic.

Sylarkz Nov 10, 3:36 PM
never got a switch cos im not a fan of nintendo or many of their games but can see the convenience :/
All Comments