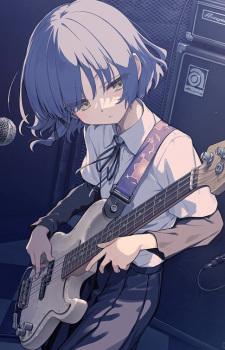 Raideroz-nim Aug 11, 4:04 PM
I wonder what's the age range in Japanese Highschool, because I clearly remember even my classmates in Hs being pregnant, or just having much older boyfriends, LOL. And it's not like I was just accepting that as normal, but it wasn't a big deal either, it's their choice, I didn't fu*king care. I don't know if it's just a cultural difference at this point or what the hell, but if they wanted to do that, then fu*k them, let them do what they want, it's not like after age of 16 they are kids anymore and if someone is gonna suffer in the future it's clearly them, and them alone. Or was that just straight rape or something? Then it's ofc. an awfull thing... Also I feel like each country is going through covid-19 differently. Here in Poland, people don't give a shit anymore. No1 saw or heard about it, so at this point people are questioning even existence of this thing ^^. Perhaps Japan is the same.
So this manga was something like a ''gate'' for you. Then no wonder, that's a sad story.

animejas Aug 11, 3:46 PM
Pretty soon. I'll take my time with it but I do want to see it all eventually. I'll mix in some movies with whatever else I'm watching to try and watch them all lol. Part 3 seems the lowest rated so makes sense that something feels off about it but I still think I wouldn't mind that overall when I actually get to it. We'll see.

Who's your favorite Lupin character overall that isn't Lupin?

Raideroz-nim Aug 11, 2:57 PM
Damn, ''one of the greatest shounen series of this era'' that's a bold statement ^^. I can't even imagine it, especially after seeing that mc is a female, LOL. I will just have to check it out in the future and see for myself. Also WTF with this whole situation, that was really unexpected, LOL. I've never heard of anything like this before. I thought ''those guys'' have no time at all and everything they do is their manga, and now this happened, hahahaha.

RebelPanda Aug 10, 12:47 PM
Nah. I read up to chapter 50 and I realized it was going nowhere. Repetitive, no plot progression, vapid characters, forced fanservice. The anime at least has occasional sakuga, good voice acting, and music.

animejas Aug 10, 1:31 AM
Act-Age officially got cancelled by Jump. Expected but a massive rip for you given how it's one of your favorites.

animejas Aug 8, 8:03 AM
And regarding not reading manga again other than ones you're following, I'd suggest taking a break from them for a short while. Not worth it really reading manga without a healthy mindset. It sucks cause Rurouni Kenshin is one of my favorite manga of all time and when I found out about what the history was with the author with him having owned child pornography, I was pretty sad to see him do those things and I took a week off reading and watching anything since I wasn't feeling reading anything after knowing the truth. The mangaka behind the drawings and dialogue could be much different than what you just read on a weekly basis.

But after that, I accepted it and moved on. Although I can't forgive the author's actions, I can separate the work I love, from the author I hate. Same goes for something like Act-Age. Despite me hating the actions, I can still respect the actual work itself (even if it did enter a meh phase for me) and I hope the illustrator gets back in the game after taking a healthy break from all of this stigma happening.

animejas Aug 8, 7:54 AM
The Act-Age situation is pretty dire and I'm pretty sure it is going to get cancelled since Toriko's manga author was also in a controversial situation that was less extreme than this and still got stopped by Jump with the manga he had at the time. He did manage to return though to make Toriko when the sentence was suspended, but the case is the original got stopped and Act-Age I heard already got its 13th volume release be cancelled in Japan. I haven't enjoyed Act-Age's chapters for a pretty lengthy period but it did have some potential for me with a couple good arcs and was on the verge of really breaking out with the popularity increasing and an anime possibility not too far away before this situation. All that build crumbled so quickly, I feel awful for the illustrator since she was innocent but has to deal with the stigma of what happened and be confident enough to trust in others if she wants to continue her manga career in the future after this incident.

Yeah I saw the Lupin-Conan stuff early morning and loved the hell out of it. They just mesh so well for me.

KingFlayer_ Aug 8, 7:22 AM
A really good series that is going to get axed now.. not to mention that the talented artist’s name is forever tainted now because of that dipshit

I_am_sad_man Aug 7, 4:58 PM
That's great to hear! The Hell train arc definetely stood out because of how much shit happened. Although it was long, I found the plot revelations to be well worth. Compared to the first season, I feel like each season after built upon its world and continued to add mysteries which is partly why I love the series so much.

On a side note, Idk if you've check any of these out, but I highly suggest Imawa no Kuni no Alice (one of my all time favorites. One of my first mangas too so yea lol). Chainsaw Man, Record of Ragnorak, and Blue Lock are some other solid mangas you might like (only read them recently though).

I_am_sad_man Aug 6, 6:31 PM
Interesting to see your TOG rating change over time. I think it was a 4 or 5 initially. What made you change ur mind? Just curious as I am a TOG fan.

animejas Aug 6, 3:16 PM
Literally posted on the Oregairu forum at nearly the same time so good timing lol. It was mediocre for me, not really bad but just felt uninteresting and left me daydreaming a bit at times. That pacing did not help whatsoever (the season having too fast pacing at times and too slow at others is not great signs either).