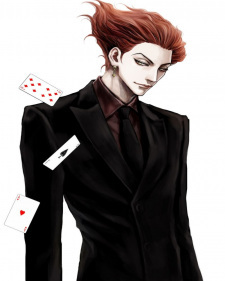 Tsue to Tsurugi no Wistoria
6 hours ago
Reading 6/? · Scored 6

TAKO_DRIP Feb 6, 2:06 PM
Good luck with the military my guy. I am dreading the day that will be my time to go as well. Hope u come back with more excitement about anime and manga or whatever it is once u finish your service!

TAKO_DRIP Feb 4, 8:23 AM
Ah shit, here we go again
Finally found the time and got in the mood to write again after my previous comment was deleted.

My friends dont even know what seasonal anime are 🥲 Its the same here, they have only watched the most popular anime, like aot, naruto, kny, jjk and stuff like that. Mainly whats popular on tiktok, coz I think thats how they got into anime and where they get most of their recommendations.
As for my experience with seasonals, as stated on my profile, I would say I havent been watching seasonals for a long time. I started in spring 2020 with Kaguya sama s2 (very hyped for season 3 btw) and Tower of God (if anyone still remembers that show) and I have been keeping up to a decent degree with every season to some degree. Do I still get excited? I would say, yes and I think its mostly coz I havent been watching seasonals for that long to get bored yet. However I can definitely see my excitement dial down a bit in the next couple of years. How about u, when did u start watching seaonals?

I havent really thought about it myself but anime and manga (as mediums) are tied. If u would have asked a couple of months ago I would have probably said manga but after reading HxH (the latest chapters, after the anime) I wouldnt say so anymore. In fact it I might say the opposite coz reading HxH didnt make me excited to read at all coz it was too much reading man. I am sure u have seen the panel which has even become a meme at this point but in case u havent: 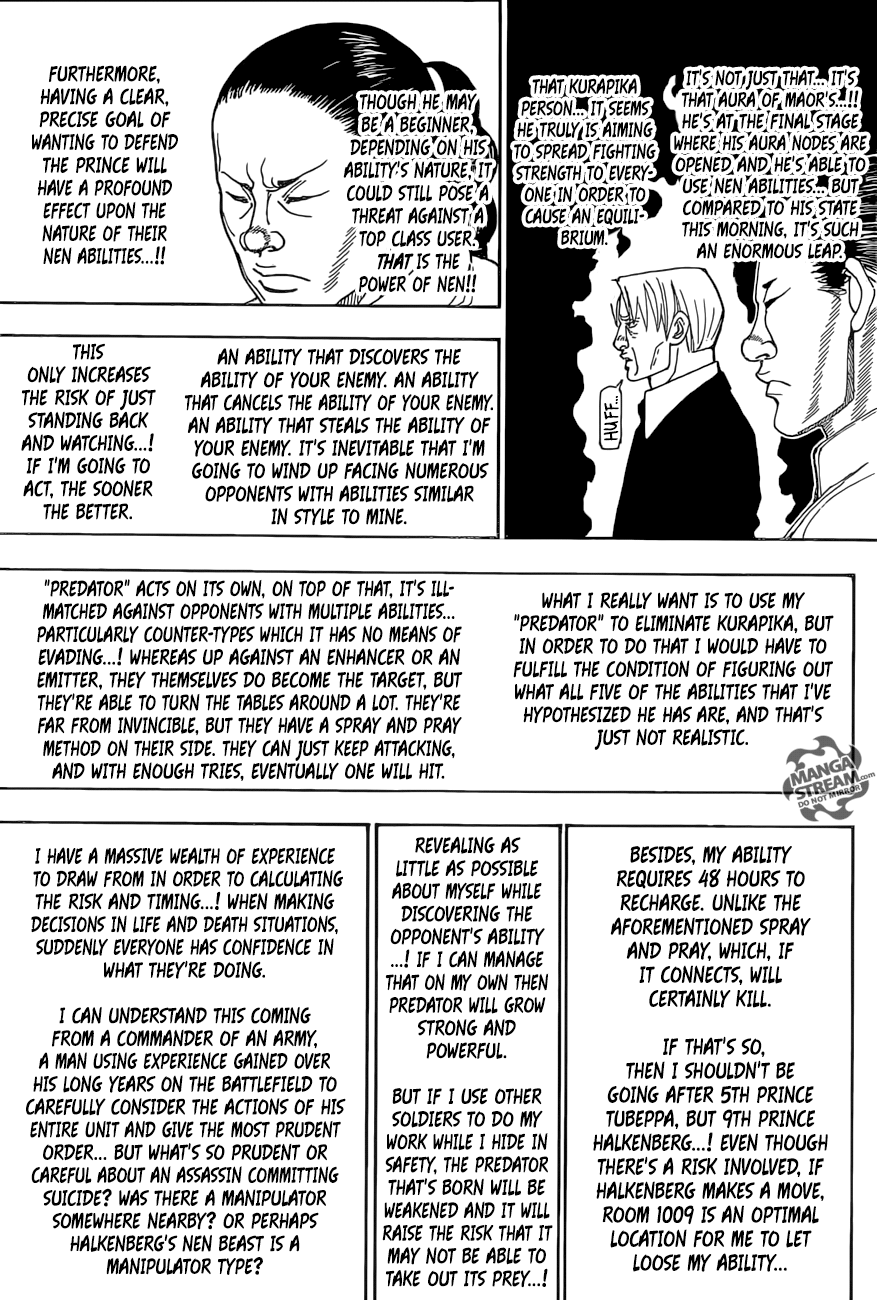 I have read a few manhwas and I cant say I am a super big fan. I much prefer manga but I will say the art in most manhwa I have seen is top tier!

As for what genres I like, well there arent any. I never, and I mean never look at genres coz it doesnt matter to me at all. Its just something I never look at, I prefer to stay completely blind about series so that might be a reason why I dont check genres.

I thought u might know very little about vtubers but u have been watching earlier than me. I mean I havent been watching for that long, I think it was around October 2020 or something. When I started I only used to watch Hololive (JP and EN) and it was mainly clips. Then I got kind of a burnout from anime so I was watching even more vtubers and got super into it, maybe too into it coz around December 2020 to February 2021 I was feeling pretty shit and maybe vtubers played a part into that. Since then I tried to watch a bit less, dont think that I just quit watching vtubers but it was just a a little less. Around Summer 2021 I got a PC for the first time and I could finally have a stream open while playing a game (I mean I only play league of legends) or doing some other stuff and not lagging. That made me watch streams a lot, I would just put them on the background and just leave them there. Lately tho I havent been as much into hololive, especially the JP branch, I am only watching EN and even more than Hololive EN I am watching Nijisanji EN. When the first gen (Lazulight) debuted I was a fan but not super into them, then the second gen (Obsydia) debuted and I was excited for that and then it was third gen (Ethyria) time. I fell in love. I immediately loved mainly Enna and Millie, then I found that Nina was gonna marathon all of Jojos so I had to like her as well. I wasnt a huge fan of Reimu at the start but lately I have been watching her a lot too. I just love all of them, I think maybe too much. I am getting in the same kinda situation as last year around this time, I just havent been feeling too great. I got covid and I missed some exams which then piled up and I had to take like 2 exams every day which was shit and generally not feeling the best. Yesterday was pretty bad but today it has been a pretty good day and I hope it continues like this! Especially tomorrow and Sunday.

Do u have any favorite vtubers? Outside NijiEN I really like Kiara and Ina from Hololive!

TAKO_DRIP Jan 27, 4:11 PM
I WILL CRYYYYYYYYYYYYYY
OMGGGGGGGGGGGGGGGGGGGGGGGGGGGGGGGGG
THIS HAS BEEN HAPPENING FOR FAR TOO LONG AND I HATE IT. I COMPLAINT ABOUT THIS ANOTHER TIME TO ANOTHER PERSON COZ IT HAPPENS TO ME ALL THE TIME HOW THE FUCK AM I SO UNLUCKY..................
I JUST WROTE A HUGE ASS COMMENT AND WHEN I HIT REPLY IT DIDNT SEND IT COZ MAL WAS DOWN AND NOW ITS LOST FOREVER IN THE VOID...........

Just fucking listen to this, u dont need to know anything else
I will rewrite another reply in the weekend coz I am way to frustrated to write it again right now. I just want to know one more thing, where does your vtuber knowledge extend? Do u know Hololive and Nijisanji? How long and how much do u watch? Just asking for when I reply again its easier for me since I'll know how much into vtubers u are/ how much u know about them

TAKO_DRIP Jan 26, 10:45 PM
OHH MY GODDDDD
Idk why but I always get excited when I see a greek person that has watched and read many series since in my daily life I am surrounded by people who have only watched a handful of anime and those people are very few as well. Actually something thats weird is that even tho those few friends that watch anime that I know dont even talk about it, like they have mentioned what showes they have watched and like but thats really it. I have a friend who is currently watching Naruto and another one who is watching One Piece but I have no idea what my other friends are watching, if they are still watching anime or they might have even stopped altogether. Tbf school is getting kinda busy so it is to be excepted but I find it odd that even if its a series they really liked they just mention it once and dont even they really anything that just mention the anime's name. One of my friends said he really likes bleach but he never mentioned that ever again and I see him everyday, we talk everyday, well at least in school (Monday-Friday). It just seems odd to me.
Dont even get me started on manga, I mentioned I read manga and they looked at me as if I said I killed someone. Not in like a super bad way, they were just too surprised.

How is anime at your place? Do u have many irl friends that watch anime? If so what are they into? Do they watch anime regularly and like talking about it or have only just watch a couple and never talk about them?

I see you enjoy reading manga so I'd suggest you read "Tokyo Revengers" asap. Although I liked its plot, the animation & pace sucked for me. So, I decided to give the manga a shot and I was blown away. Plus, the chapters are pretty short so you won't feel bored very easily!

thanks for letting me know by the way

Shinbuk Oct 17, 2021 6:52 PM
Hello I am doing good, how are you?
Ah i seee
I was wondering cause I wanted to start reading LNs but I didn't know which
so I might be checking on those


what is your favorite LN?