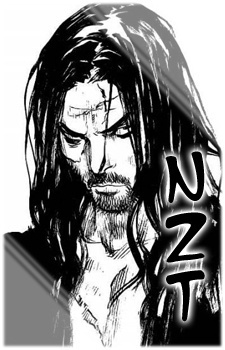 ZetaiSabishii Oct 5, 2012 9:48 AM
recovering, and studying. trying to catch up with the animes I missed, gonna take a while thoughXD
where do you work? is it nice?

Raidanzoup May 15, 2011 5:37 PM
I can actually agree with a lot of that, well, all of it if we're not going into detail, yeah. I've actually tried re-reading it plenty of times since 2008, because I really enjoyed it and all, but a lot of small stuff always keep me distracted from finally finishing the middle school chapters (the first three volumes, I think?).

I'm also borrowing, like, four of GAK's PHYSICAL (what? people buy manga?) copies of the series so I should really get around to reading it.

But yeah. Indeed. Because of what kind of character (archetype in both personality and appearance) she was, I was rooting a lot for Aya in the beginning, but like you said with how things turned out... I wish we had more of an epilogue than just one chapter, though. Even if it might have ruined what we were left with.

Also, I saw your plan to watch Ichigo 100% update and came to tell you to "read the manga!" but then I saw you'd already finished it. derp