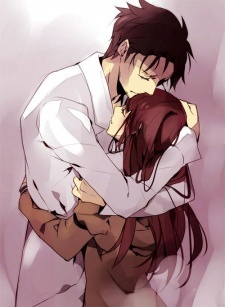 dumd123456 Nov 7, 2015 11:17 PM
What the fuck did you just fucking say about me, you little shit? Ill have you know I graduated top of my class in the Navy Seals, and Ive been involved in numerous secret raids on Al-Quaeda, and I have over 300 confirmed kills. I am trained in gorilla warfare and Im the top sniper in the entire US armed forces. You are nothing to me but just another target. I will wipe you the fuck out with precision the likes of which has never been seen before on this Earth, mark my fucking words. You think you can get away with saying that shit to me over the Internet? Think again, fucker. As we speak I am contacting my secret network of spies across the USA and your IP is being traced right now so you better prepare for the storm, maggot. The storm that wipes out the pathetic little thing you call your life. Youre fucking dead, kid. I can be anywhere, anytime, and I can kill you in over seven hundred ways, and thats just with my bare hands. Not only am I extensively trained in unarmed combat, but I have access to the entire arsenal of the United States Marine Corps and I will use it to its full extent to wipe your miserable ass off the face of the continent, you little shit. If only you could have known what unholy retribution your little clever comment was about to bring down upon you, maybe you would have held your fucking tongue. But you couldnt, you didnt, and now youre paying the price, you goddamn idiot. I will shit fury all over you and you will drown in it. Youre fucking dead, kiddo.

it's good to be nice and chill..
yes, yes
like a dead body that belonged to someone nice
stuffed in a freezer
"chill"ed

sparkls Nov 3, 2015 7:02 PM
Wow, you're interesting! Why have we not spoken before. I feel as if you are the liver that I never had.
That was a lie/hyperbole, whichever you deem more fitting..
because, well, I have a liver. I already have a sister, and liver rhymed. (Because, you know the saying, "sister I never had") and brother wouldn't work at all so that's just completely out of the question no one cares about gender go be a bender

The world of manga? How does it treat you so? I, myself, am not quite fond of it... my eyes are too lazy, my hands too cold. I rather watch silently and eat all the snow.
What is up with me and rhyming today though
Hohoho

I love your story. It was perfectly written. I would like to read more, if you ever do continue these random acts of literature one-line pieces. Simply excellent and time proficient

sparkls Nov 2, 2015 8:04 PM
I feel like my "plan to watch" list keeps getting bigger so I watch the first episode and it turns into a "watching" but then I get bored and find a new anime which turns into several new animes all of which I add to my plan to watch and... the cycle is ever continuous... one day I will have nothing left but the seasonal anime itself

I know exactly what you mean, as I do that too. However, after about twenty tabs, I get tired and lose focus and just end up closing them all out on one big whim of the red "X". So this is what the world will end in.

This is what will cause our destruction.

sparkls Nov 1, 2015 7:11 PM
Ah, yes, my friend from school insisted I give it a go. I plan on doing so.. you know.. after I finish this pile of "watching" and "plan to watch." There's just so much I'm doing at once I get lost in the world of anime and fend off into reality.

This is an interesting story, much like how conversations go. You go, when you start off talking about shoes and then go on into a discussion of why fairies and Santa Clause don't get along well. I was searching for a picture of a cow anime girl (I'll spare you the details that led to this) and then found an interesting picture then clicked on an interesting picture that picture showed me. So I spent about a good twenty minutes clicking picture to picture, jumping from genre to genre and I came across a theme of some nice black and white photos, one of which included this one. I thought that it would fit the dimensions well for a profile, and that my previous one had been on here too long. About a year, perhaps. It was time to change. And I thought, well, this new picture looks perfect for the job. And so alas, tl;dr is fine, as well. I'm in a deep thinking mood, so my answer reflected this.

It's good to see you're alive

Are you excited for Steins;Gate 0?
All Comments