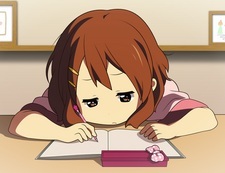 qgqgq Feb 27, 7:01 AM
"Now listen, you rich people, weep and wail because of the misery that is coming on you. Your wealth has rotted, and moths have eaten your clothes. Your gold and silver are corroded. Their corrosion will testify against you and eat your flesh like fire. You have hoarded wealth in the last days. Look! The wages you failed to pay the workers who mowed your fields are crying out against you. The cries of the harvesters have reached the ears of the Lord Almighty. You have lived on earth in luxury and self-indulgence. You have fattened yourselves in the day of slaughter. You have condemned and murdered the innocent one, who was not opposing you."

Zevven Apr 7, 2021 9:56 AM
''12 Complex Psychological Anime to Wrap Your Head Around''
Most of them are just pseudosymbolical arthouse wannabees...

Frozenkex Jan 27, 2020 9:00 AM
The seasonal impressions is just done so wrong, personal subjective opinions on shows that you wouldnt ever watch otherwise, not target audience... Whats the point? Instead of finding someone who enjoys the genre, you just give show a 1 and say "this show is exclusionary for having boobies." That's the whole point, it's the genre, and it didnt pretend to be something else.

ITS EXACTLY the same as someone who would rate a show with anything gay or homoerotic a 1 and say "Hey it wouldve been a decent show, if not for all the gay shit". Like you dont know what the hell youre doing with articles like these, writing for the biggest anime website, and obviously alienating alot of people.

It shouldnt be just catering to those who agree with your personal views or politics, if you cant find a way around that, then you shouldnt do it at all. Write it in your personal blogs, but dont use MAL and your position to signal boost pretty divisive views and attack your own readers.

Pixel_Vapour Jul 26, 2019 11:12 PM
I really don't agree on your score for the first episode of Tejina-senpai. That show is pure garbage.

jamesnbsp Jun 18, 2019 1:54 AM
I actually agreed with the Watch/Don't Watch article. Please do it again to save me some time. Thank you.

Qz_ Jun 14, 2019 2:19 AM
Listen to the community and get rid of the seasonal articles. They're clearly not coming from someone with the proper judgement to take all of the community into consideration and simply using their privilege to push their opinions onto others. The verdicts are not explicit; what the hell is maybe don't watch? At least give a rating if you can't decide. Can we get a clearer synopsis of the anime instead of your watered down opinionated impression? The fact that you couldn't understand the message of Youjo Senki and dismissed it as boring by the first message paints a really shallow portrait of whoever wrote the article. If the person who wrote the article reads it and dismisses the comment going "oh another fanboy" let it be an indication of how unfit the author is to actually write such garbage. Do your research. Actually, just get rid of the whole thing and don't bother. Hire someone else.

No_Regertz May 10, 2019 7:04 PM
Whoever wrote your "Shows to Watch (and not Watch) in Spring 2019" article should be fired/banned. I'm not one to comment on forums and such, but this particular article happened to be so God-awful I snapped out of my casual, read4fun zone, analyzed this article seriously, and make to similar conclusions that other people in the previous comments have made. First thing I want to add is the verdict is awful: maybe/probably watch/don't watch? What does that even mean? Just give a straight answer. The second is how one would even consider watching anime at ranks 4000+. Sure, there may be a FEW exceptions, but regardless of tastes, ranks tend to give an accurate indication of how good an anime is, and the fact that some of the verdicts here even consider recommending some garbage-rated anime invalidates the point of this article. The third is how the writer is clearly biased towards the isekai genre. Yes, it is following a generic formula. Yes, it is isekai. Yes, the protagonist is overpowered. Yes, the world is fantasy, and so on. That doesn't mean it's an awful anime or a complete copy of other isekais. To dismiss it so quickly just because it's following a formula without even taking full considerations or more than a few episodes is ridiculous and prejudicial. If I understand the format of your article correctly, there appears to be a second user named Congress that wrote most of the things that pissed me off. If I'm right, he should be fired.
All Comments