This article was written by Jay-Tookie and edited by Aene and docdesanta of the MAL Articles Club.
Interested in writing or editing for us? Click here!

It's not surprising or even uncommon to come across an anime that you think could have not only been better with a second season, but is actually in need of a second season. Whether this is a feeling brought on by a rushed ending or a lack of good character or plot development, you're always left feeling hollow. Like something that should've been there simply wasn't.

Now to clarify, I'm not speaking of anime that are really good on their own and we simply want a second season of. I'm talking about shows that feel incomplete or unsatisfying because they lack a second season or a few extra episodes to wrap things up properly.

With all of that said, I'm going to discuss three picks from my personal experience. There are some minor spoilers for each of these shows so continue reading at your own discretion.

Starting off with my number three pick, we have Baccano! 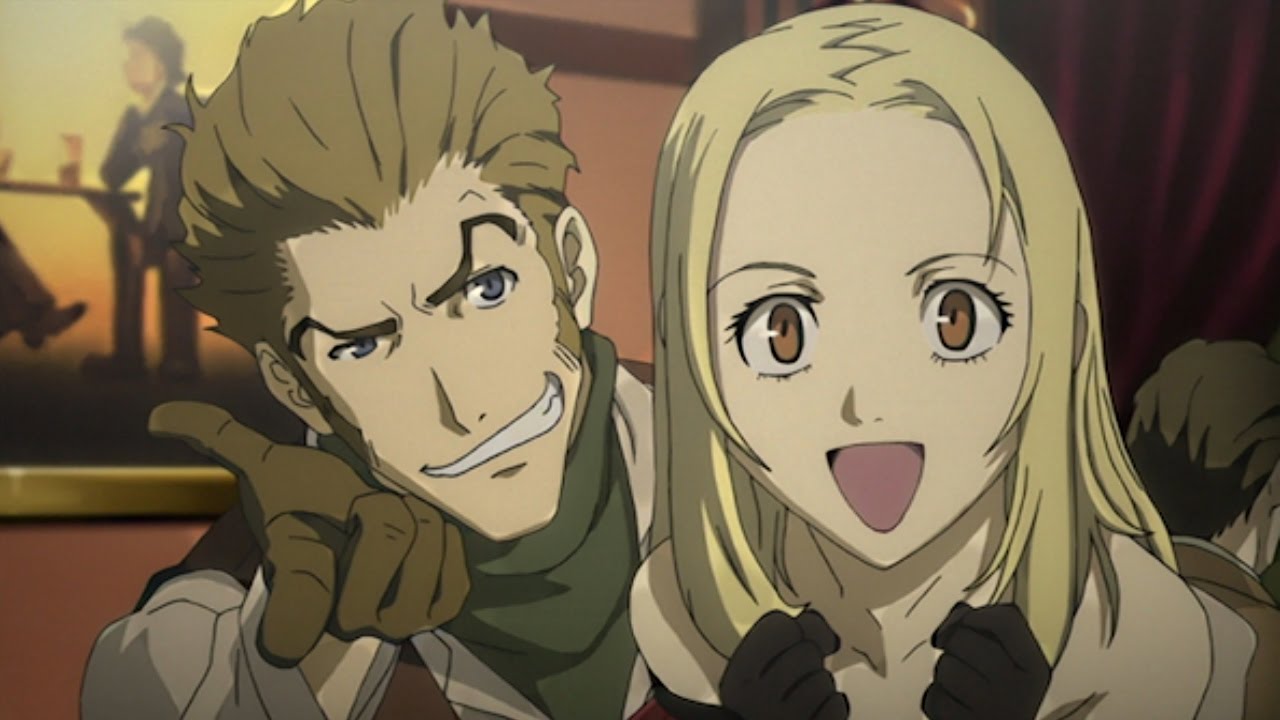 Baccano! is an extremely enjoyable show that has a full cast of wonderfully colorful characters. Everything from the theme to the setting and plot can keep you engrossed for the entire thirteen episode run. With all of that said, you're probably wondering what the real problem is, right? Well, the sad truth is that Baccano! leaves the viewers with many unanswered questions and several character arcs are left up in the air. The show attempts to give a proper wrap up with a three episode special, but even then it leaves you without a real conclusion or feeling of closure. This probably stems from the fact that Baccano! is originally a series of light novels where the plot continues long past the anime's ending. If it was up to me, the entire series would have received an anime adaptation, but sadly that didn't happen. I feel as if Baccano! could make for a really enjoyable, long-running series if it could just get the proper attention that it deserves. Maybe I'm cheating a little bit here as I would personally enjoy seeing more than just another season of Baccano!, but the show's ending definitely leaves a lot to be desired.

Moving on to my number two spot, we have Erased. 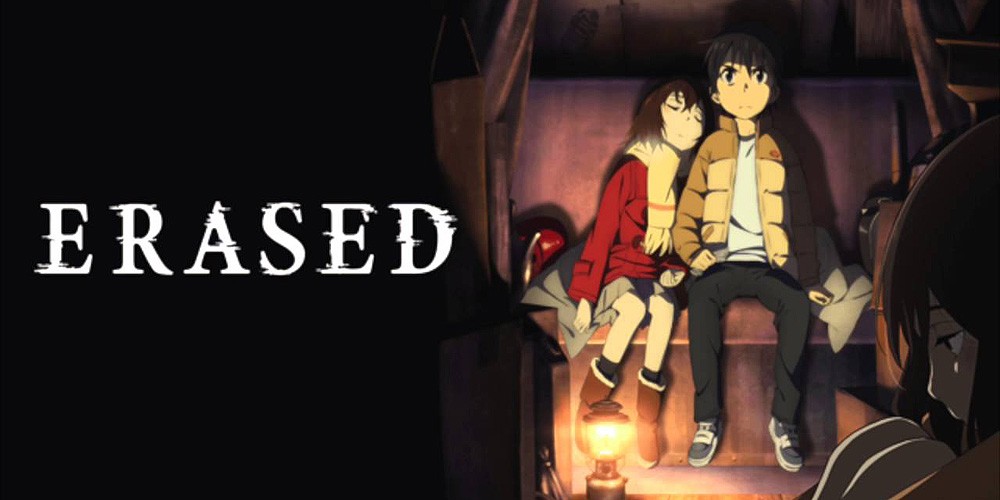 Erased is another show that was extremely enjoyable for me. It has an interesting premise, beautiful art and animation, and an absolutely fantastic soundtrack. However, even to people who praise it, Erased has one major flaw — the ending. The ending to Erased doesn't just feel rushed, it feels like a slap to the face. It ruins the character relationship building we had seen just episodes prior. Furthermore, it felt like it was in need of more episodes in order to flesh out certain characters more than it had the chance to. It focuses on who's important to the actual story, but in doing so it lacks major character development for side characters who are needed for the ending to not leave us feeling so...disappointed. Overall, Erased feels like it was lacking the amount of episodes necessary to properly conclude the series.

Lastly, and possibly the most debatable, taking my number one spot is WataMote. 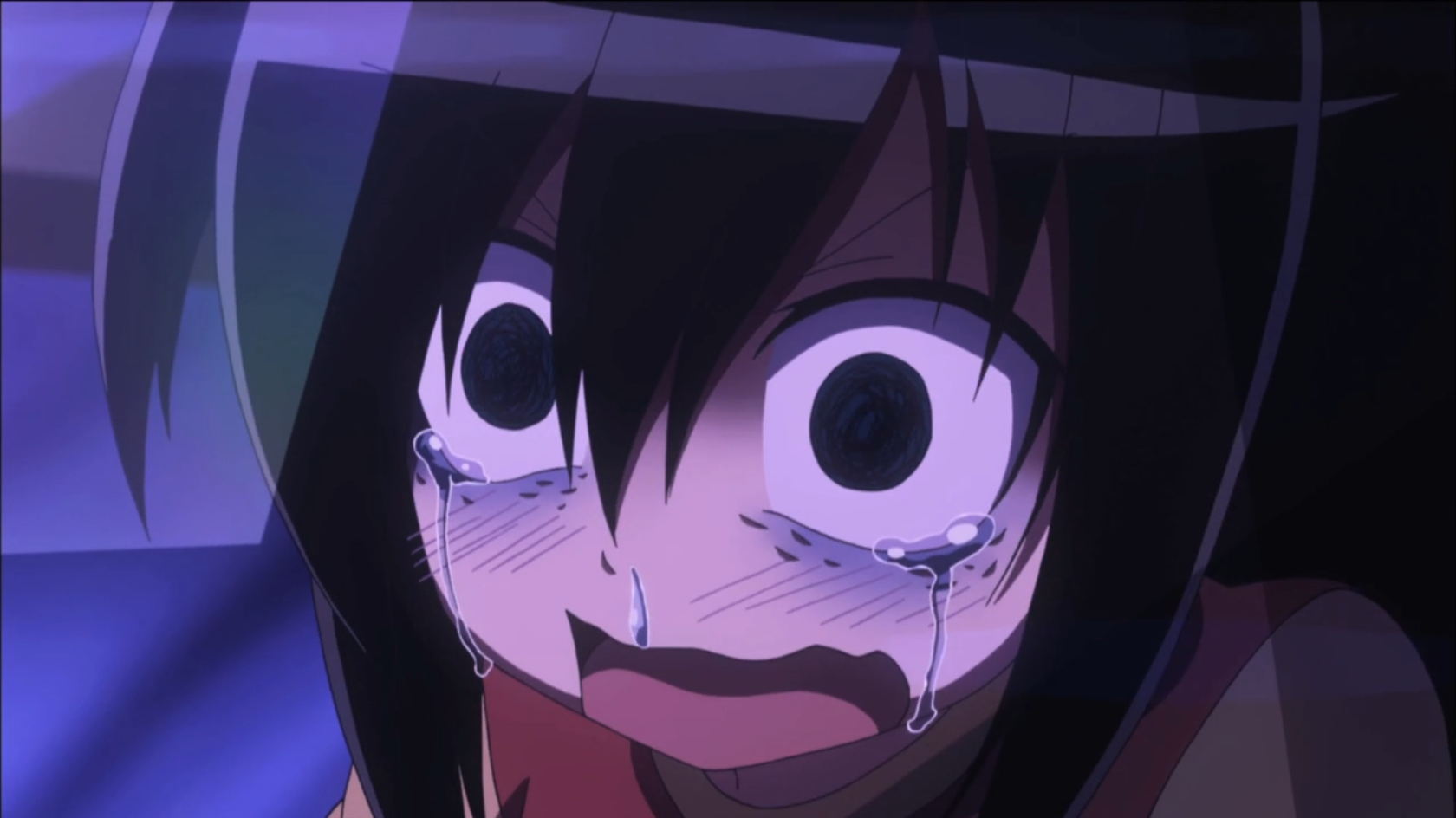 For anyone that hasn't seen WataMote, the show starts off with the first half as your typical comedy, slice of life that focuses on Tomoko Kuroki, a socially inept high school freshmen. The show spends a good amount of the first few episodes portraying Tomoko as a pathetic and sad girl. You know she sometimes deserves what she gets but at the same time, you just want her to catch a break. In addition, some of the scenarios she is put through come off as extremely mean-spirited. For example, there is an entire scene in which Tomoko is riding aboard a public transit system and she suddenly feels something brushing against her. She reasonably assumes that she is about to get sexually harassed. When the transit pulls into a station she quickly jumps off of the train, only for it to be revealed that it was a wooden sword that had gotten stuck to her. In this scene, dozens of people witness this and I couldn’t even begin to imagine the level of public humiliation that a high school girl would feel from this actually happening to her.

The second half of the show takes on an entirely different tone. While several humorous and arguably hateful things continue to happen to Tomoko, the show begins to change your perception of her. You want her to change, and she wants to change as well. The show starts to become very psychological and you begin to think that maybe there's more to it than you would've assumed at first glance. For example, Tomoko tries to form a club as a way to find some comfort through similar individuals. Also, she starts to find some solitude by eating outside of her classroom and enjoying her meals alone, only for that to be taken away from her as she is once again forced to face the fact that she will have to deal with being around her peers. Another good example is when she claims to her brother that she no longer needs his assistance and is ready to move forward on her own. 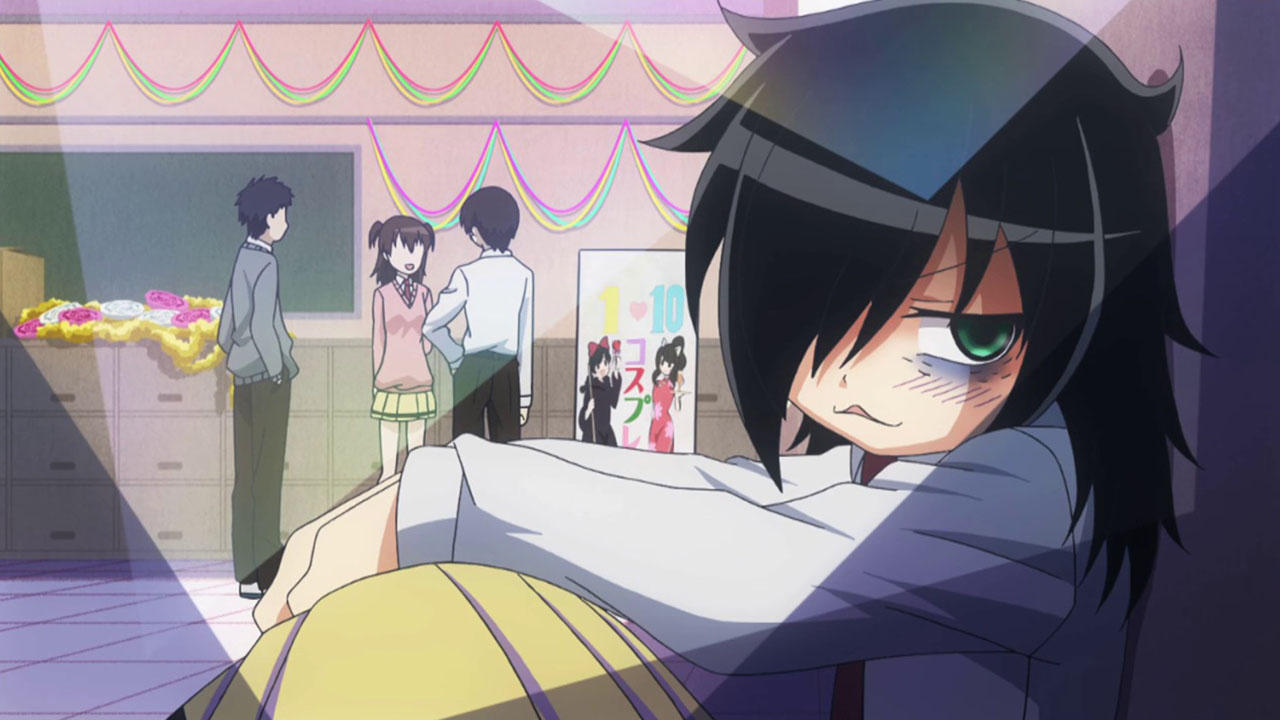 However, after a high amount of anticipation, you are led to believe Tomoko is taking her first step towards improving herself by seeking help from another student she supposedly looks up to, only to be disappointed. Just as the drama reaches its climax, the show ends, leaving the audience unsatisfied. Instead, Tomoko reverts back to how she was at the beginning of the series. Perhaps this is what the creators had intended and this is the way it was always going to end, but I felt very let down.

I believe a second season would have given Watamote the potential to be something truly grand. Instead, what we get is a show that has conflicting intentions. If you don't like the humor then you're left having to suffer through the first half. On the other hand, if you did enjoy the humor, you are left with less to look forward to in the second half because the series focuses more on the serious implications of Tomoko's isolation.

Overall, these three shows are the ones that I feel could have used a second season. To clarify, some of these anime are not bad just because they are lacking another season. However, they do have issues that I feel could’ve been mended with the presence of a second season. So, what are some other anime that could’ve benefited from an additional season? These are just my personal picks and I’m sure there are plenty more out there. Baccano!, Erased, and Watamote are all very enjoyable shows of different kinds even with their flaws. Give them a watch if you haven’t already and see if you agree or disagree with this list!