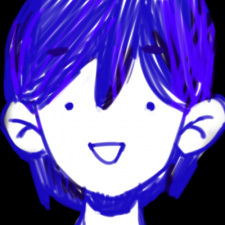 Lord_Dracule Oct 13, 2018 9:37 AM
Hope to see more work, I'll keep an eye out! I'm planning on writing an article myself pretty soon, but it's gonna be super big and super difficult, so I am a bit nervous and clueless. But I'll push on!

Lord_Dracule Oct 9, 2018 9:50 AM
I just read your article about "the importance of Slice of Life", and I am surprised no one has comments on it yet. It was a really good article, It really presented the greatness of the genre, and it made me more interested in it as well. I also liked how you uses several examples to justify your points, and it worked really well. I just hoped it would be a little longer, and maybe focused on the uniqueness of this genre compared to everything else, to make it stand out a bit. Other than that, great work!!!

Alli_ Sep 9, 2017 4:22 PM
i just read your article "Three Anime That Could've Used a Second Season" and i could'nt agree more about Erased and WataMote. :)

Was nice talking to you though. Cya later mate.

pepehands_ May 6, 2017 1:16 PM
By the way,can you suggest me a good anime? Preferably a thriller. Though,I watch all kinds of genres but psychological thriller is my absolute favourite. :)

pepehands_ May 6, 2017 1:05 PM
Ikr! Haha,it seemed more cringe-worthy to me since I have a younger sister. Not to mention,their brainless personalities XD. Sagiri is literally the stupidest character I've seen in my entire history of romance anime. Not like the developers tried to add any depth to her character,other being a cute loli. Well,it doesn't matter anyway because I'm dropping it after the next episode.

pepehands_ May 6, 2017 12:54 PM
HONESTLY DUDE! Your review is well-written and perfectly describes my feelings about eromanga-sensei. I believe it is a disgrace to humanity itself. I'll probably drop it soon XD

Reiraku May 16, 2016 11:28 PM
Oh, I plan to read the manga version of Erased. I hear it's kind of different from the anime.
NHK ni Youkoso is great. I find it's gritty and rather disturbing sometimes. it might be too good to hold you, though. I finished it in 2 days. lol.
So you're the type to do a seasonal marathon, I guess?

Gar_Logan Mar 18, 2016 8:27 AM
Oh yeah, I know. But anime is a super niche form of media (even the most popular series like Love Live sell only about 100k a volume, and the population of Japan is like 180 million). Most Japanese people do not watch anime, especially late night anime, and even less people actually invest money in it. Those that do are those that the anime industry panders to all the time. That is why there are so many anime where the main character is trapped in a game, or is an otaku with his own harem, or something like that. Otaku and Fujoshi are pretty much the only guaranteed market for anime.

I'm not saying the way women in anime are depicted is okay, or that I wouldn't appreciate different types of series being made. I just am cynical about the industry.