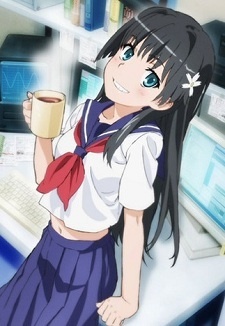 Samu-tan Mar 29, 4:02 PM
Ah okay, will you be going back to Japan after you've finished your masters? April 8th does sound pretty early yeah lol, especially considering the virus spread out a bit later in the States compared to Europe. Shit's going down in Italy and Spain atm, which is just horrible for the people there.

I also haven't seen a lot of recent anime the past year or two. Been mostly rewatching the good old stuff and I especially rewatched a lot of KyoAni when the incident happened. Now I seem to prefer waiting for shows to end to see if people actually enjoyed it, and then just binge-watch it whenever I have time instead of watching it weekly hahaha. But the ones that have stuck with me are:


If I had to pick my personal favorites, I'd definitely go for Shouwa, Yuru Camp, Devilman and Vinland. Would also really recommend getting back into Shingeki no Kyoujin, cause it only gets better and better from S2 on. S1 is honestly my least favorite season, still solid tho. I haven't watched S3 part 2 yet, but my friends have been saying it's mindblowing. S4 is airing this year (if there's no corona delays) which will finish the story.
I hope these will get you through self-isolation hahaha.

I was really looking forward to spring, cause Re Zero S2 was finally supposed to air, but it got delayed :( Still definitely gonna check out Kaguya-sama S2, Oregairu (after I've rewatched S1 and 2) and also curious about that new Trigger show, BNA. But I think I'll wait till it's finished airing.
Are there any new favorites of yours I should be checking out?

Samu-tan Mar 29, 7:29 AM
Hey dude. Yeah, I've been self-isolating since March 13th (first day the Dutch government came with the first set of anti-corona measures) and it's rough tbh lol. All of my workplaces are closed and I just finished my thesis as well, so I literally have nothing to do but watching anime/films and playing Animal Crossing New Horizons. A short film festival that my committee organized was supposed to take place on March 26-28, but that got canceled so I'm also really bummed about that and the fact that life in general has been paused until at least June 1st :( At least AC is helping me with anxiety lol. And there's enough anime to catch up on hehe.

How are you doing? Is Japan taking any heavy measures? I see you've caught up on Oregairu, which is smart since the final season is dropping in April. I've been meaning to rewatch it as well since it's been so damn long hehe.

Samu-tan Aug 14, 2019 5:38 AM
Are you properly watching everything from Endless Eight or are you skipping a few episodes? No judgement if you are skipping lol

I haven't visited yet sadly... I am currently finishing my bachelors and saving up for a trip to Japan and Kyoto is definitely on my list of destinations. I've always wanted to visit KyoAni's studio (also ufotable), but it's too late for that now :(
I'll be contacting you again in the future when I'm ready for the trip so you can hook me up with some good tips hehe.

Samu-tan Aug 2, 2019 5:19 AM
Hey dude. I see you're also rewatching Haruhi. Been watching and rewatching KyoAni shows now too cause of the incident... Losing Takemoto Yasuhiro hit me harder than expected. I hope you're managing through these tough times. Have you had the chance to visit Kyoto?

Same here man, I digged the wannabe-SHAFT style that the show was going for.

That's good to hear man. Seems like a really cool job. I'm going into the final year of my bachelors after the summer. My summer vacation FINALLY just started, so that means catching up on all the anime I'd been wanting to watch for the last year lol. Have you still been watching anime in the meantime? I did notice we both have been way more inactive on MAL than we used to in the old days hahaha.

But yeah, I'm finally finishing Sankarea after I've owned all the volumes for years now. Bought it as a teenager since I really liked the anime back then.
The manga is pretty good, but the anime adapted most of the good parts already. The anime missed some flashbacks and backstory which the manga does get into, but frankly the backstory is very predictable and not that great. The reveals weren't whoa-worthy.

Aside from that, it's a nice manga. Sanka Rea is a cool character and I honestly don't think I've ever seen a zombie this cute. I did enjoy reading most of it, so I'm curious how it's going to end.

How have you been the last few years? Last time we spoke you were teaching English in Japan, if I recall correctly.

ZettaiRyouiki May 22, 2018 1:43 AM
I know that this post was made a month ago but saw it tolday and gotta agree with basically everything xD. The thing with the friendship is very true, especially Mahiru who randomly hanged around Yume and friends despite lacking any decent reason for that. That said they probably noticed because Friends is handling this a million times better xD. And for Yume's ridiculous voice power I have this silly theory about that: basically the staff saw PriPara was popular and they poorly copied elements from it without handling them properly and that ends showing with things like that. Laala does have a Prism Voice that helps her popularity and raises the dead but she still must work hard and doesn't troll other people for dumb reasons! The second Stars season also feels like a big ripoff from the second PriPara season down to Elza being basically Hibiki minus the crossdressing though otherwise the same character. Not sure how much you know about Stars S2 thus will stop here xD.

ZettaiRyouiki Apr 21, 2018 12:12 PM
I see then, time is not the problem though xD. That said I did buy the Switch PriPara game recently! That isn't Aikatsu but involves idols xD.

ZettaiRyouiki Apr 21, 2018 8:04 AM
I see then, awesome for that xD. Sadly nope since I'm not much into phone games. I like the art from the game though xD.

ZettaiRyouiki Apr 21, 2018 7:48 AM
I will say S2 does have more brands if nothing else since they're actually a plot point xD. Cool mentioning Spicy Ageha since loved Ran and for fair reasons was my favorite alongside Juri the passionate idol! Though being fair I'm from Spain and that biases me for the latter xD.

ZettaiRyouiki Apr 21, 2018 7:41 AM
I agree about her brand and now wonder if you liked Yurika and Sumire from the original xD.

ZettaiRyouiki Apr 21, 2018 7:38 AM
I can keep you amused if nothing else xD. And indeed the second season has issues, but think it has more Lily and Rola and the other great girls too thankfully! I like Lily the best case not obvious xD.

ZettaiRyouiki Apr 21, 2018 7:00 AM
I appreciate the posts about Aikatsu by the way xD. And cool you're watching Stars right now, though watch outs since it seems that we have the same issues with the show and the second season only makes these actually worse! I obviously won't spoil anything though, just curve your enthusiasm for the season for then everything will look better xD.