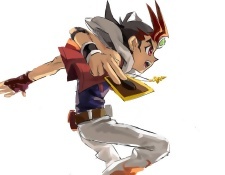 FlamepriesT Oct 1, 2020 2:44 PM
Well, I guess I got a little excited in my message and wrote a massive wall of text. My bad lol

Yeah, the car scene in chapter 3 is huge. You can be pretty much certain Takano killed Tomitake based on her line that "2 demons met" that night... so long as you can actually confirm that it truly happened.


Ryukishi put that hint there, then made readers ask themselves whether those things actually happened. But there clear signs if you pay close attention. For instance, Keiichi can't find the bat later. And if they're not enough, the discussion between Mion and Shion (arc 5) about being too late to lie in order to "protect Satoshi" gives away they did that with Keiichi in arc 3. Let alone the hints in the console arcs.

The possibility that Takano faked her death is also huge. And it's possible to know she didn't die if you carefully consider what happened in chapter 2. This suggest she's involved with some really shady stuff... to the point of confusing someone like Ooishi. A regular person wouldn't ever pull that off, so it's clearly a scheme involving officials and whatnot.

The fact the police couldn't even point out who Tomitake really was or where he lived also indicates he was no regular citizen... and the most logical answer to me is that he had to be some sort of special agent. Why kill someone like that? There must be a serious reason. And that makes her more likely than anyone to be involved in the disaster. It's just way too fishy.

When it comes to Rika, I feel it's something we shouldn't even consider in the first place. Once you resort to supernatural explanations, then everything goes. There aren't enough hints that justify that. Ryukishi's recommendation is to basically ignore chapter 4... so yeah, what can we do, right? lol

As for the syndrome, I can't say I agree. I was actually convinced things were due to some sort of virus. The characters would go from normal to straight up insane at times, their eyes looked different, the steps and noises they heard, etc. That alone is enough to think some isn't right in their heads. On top of that, Rika went after Mion or Shion with a syringe in chapter 2 (this one is confirmed to exist by Ooshi, as opposed to the one in chapter 1). Rika didn't have diabetes. That means she was either trying to medicate someone... or infect someone with a virus of sorts.

But yeah, obviously we can't know it's exactly the true nature of that "virus". Just like we can't know exactly why Takano would want to do all of those things. I feel we were given just enough hints to figure out most of the basic mysteries, but not expected to know the details beforehand.

FlamepriesT Oct 1, 2020 1:02 PM
Hi there! I noticed one of your posts about Higurashi that left me wondering which mysteries you actually considered solvable or unsolvable in the VN... but since the thread is about the episode itself and not the VN, I thought it'd be more fitting to ask you directly here.

Personally, I don't think it's possible to answer most of the mysteries in detail... but I feel that goes a little bit beyond the idea of "solving" things. So, how was your experience in that regard? Were you able to figure anything out? Is there anything that seemed impossible to solve?