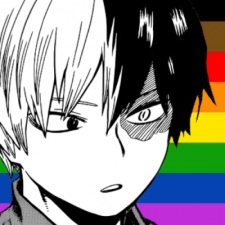 lmao i can relate to your update. i havent been on here in awhile either. and you havent been watching any anime lately?

So today I finished Kimi ni Todoke Season 1 and NanaKo Robin. :D :D
I loved Chizu-chan and Ryuu :D
I loved Kazehaya-kun and Sawako too :D
And I loved Kurumi and Pin :D :D

I honestly didn't think I would like Kimi ni Todoke but I thought I might like it if you liked it too. I'm glad I watched it. Thanks. I'll probably start the second season today too. Haha. :D

I started Kimi ni Todoke. I was just going to watch the first episode but before I knew it, I finished 6th. I really liked it. Thanks. :D

By the way, one of your favorite anime is Lovely Complex, right? I watched it and I really really loved it. If you know any other anime like that too, it would be awesome. ( I'll probably finish Kimi ni Todoke in less than a week anyway. ^.^ )

I hope you had a great birthday too. Take care! ;D

Akira_951 Aug 24, 2012 12:42 PM
Hi :D
Thanks ^.^ I want to get the ending myself, (one of my hobbies is to create walkthroughs to otome games and I normally have huge confidence in my otome game skills) but Kanata really is driving me crazy so I'll probably use it. So thank you again. :D
I'll try Seven Days. It seems interesting. ^.^
But what should I watch as an anime? Any recommendations? ^.^

Akira_951 Aug 23, 2012 10:58 PM
Hii!
I can't get Kanata's 5 year later ending. I think I tried every combination possible except the correct one. I'll watch the anime soon, after I finish his route. ^.^ But I have no idea what to watch after that. :D
Gahh... I'm really sick so I should be sleeping right now but since I just returned from my internetless 2-week holiday, I can't seem to let go of my laptop.
By the way, who is the last couple in on your profile, "favorites", "couples"?
Thank you :)

meticulousJoker Jul 24, 2012 8:37 PM
It goes on and on with shenanigans, but then the plot hits, and everything goes crazy while the comic remains relentlessly lighthearted. Yess, give it a second chance, I really like talking with different people about it :'D Well, to emulate games, you need to download an emulator first. I use Visual Boy Advance for Gameboy and GBA games, and I have another one that just does SNES games. And then the ROMs are surprisingly easy to find with a quick google search. EarthBound is kind of sad at some parts, but the sequel is the really sad game. I literally cried at the end of Mother 3, omg. EarthBound is more humorous and then the horror elements kick in. It probably would have terrified me if I played it as a kid, but now I just think it's cool. I mostly took more credits than I had to because there was a lab course that was a prereq for a third of the classes in the psych major and then the science building is undergoing renovation so they'll only have lab science for science majors... so I decided to take a lab science to fill the Gen Ed requirement this year instead of waiting til senior year and hoping that I find one that fits with my schedule. And then it was suddenly like I was taking a whole extra class in terms of credit hours. Little did I know that they would change things so that another lab course required for the psych major would fulfill the lab science requirement. Little did I know. I really liked Korra, but I feel like only having 12 episodes limited what they could do with the character development and plot, and the ending left a bad taste in my mouth. But other than that, I really liked it! I got a Tumblr last semester too, and it's always great whenever something happens in a fandom that I follow blogs from, because then my dash is covered in screaming and freak-outs and it's great. My internet at home is kind of crappy though, so I've been having trouble logging in ;_; I miss Tumblr, I'm going to reblog so much stuff when I go back to school. Pffft, I love Johnlock though. Actually, I ship Holmes/Watson in most adaptations, but seriously, Johnlock. I'm usually too lazy to go looking for fanfics though ^^;

meticulousJoker Jul 24, 2012 7:35 PM
Hey! :D It's okay, I'm kind of the same way, and intended to talk to you more too ^^;
I've admittedly really gotten into Homestuck for the past few months, and I started watching Doctor Who recently. I also started downloading some ROMs of old video games, like EarthBound, which is pretty much my favorite video game right now. I'm trying to play the Gameboy Color Pokemon Card game now, but I seem to have forgotten what winning is :'D Last semester was bad for me doing cool stuff, though, because I was almost overloading on credit hours and the Social Problems class I was taking was pretty much hell. I kind of dropped out of the honors program so I could focus on scheduling classes for the psych major, since the honors seminars were really restrictive on my schedule. So what have you been up to?

Mmh, been watching a few things. Fafner, Juuni Kokki, Fate/Stay Night among others.

TheLlama Apr 18, 2012 6:58 PM
Since when did you become YakuzaDog? I can't remember you having that username before P:

Well, see ya!
All Comments