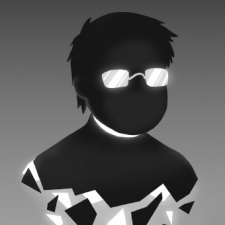 ShinyShinigami Jan 2, 11:04 AM
I can understand your way of doing things. It's a lot more efficient than my own, and it makes a lot more sense. I guess I could credit my own stupidity and the fact that anime has become my hyper-fixation over the past few years. Without anime to keep me busy, I don't exactly have much going on in my life. I might start dropping shows or being even more selective with what I view (or both) when I eventually get an actual job, as right now I have a bit too much time on my hands after graduating high school while deciding not to continue on to college.

ShinyShinigami Jan 2, 10:25 AM
I don't drop any anime due to my own personal obligation to finish everything that I start. Even the anime that I rated 1/10 were "worth watching" just to see how bad they really were, in my own opinion. There are a lot of bad anime, yes, but I enjoy digging around and searching for titles that stick to me, so I tend to try to finish whatever I can just to have the experience under my belt, if nothing else.

zieek Sep 10, 2019 1:51 AM
The anime I drop are sequals, pequals, spinoffs, alternative versions and alternative settings of anime I actually liked and finished.
I liked Barakamon, but it's prequal Handa-kun I couldn't enjoy, so I dropped it.

I have indeed dropped many more anime, however no series connected to them is in my completed list, so they don't deserve to be added on my list in any way.

zieek Sep 9, 2019 4:24 PM
Shigurui is among your favorite anime, that makes me smile.
Kino as well in your favorite characters is a lovely sight.
Princess Principal is an anime I am happy to see so highly rated.
Shame you liked 3-Gatsu no Lion s2 more than s1, but, your profile is clear and to the point.

Hibbington Jun 27, 2019 1:41 PM
Thanks for participating in the Anime and Character of the Season Nominations!
Sarazanmai is actually second right now in the Toriyama Class. I know you were saying before that your taste doesn't tend to show in the PRC. Dororo is about to win the Togashi Class twice in a row and that has been my top show for the last two seasons. Sometimes it just comes and goes.

Peaceful_Critic May 19, 2019 10:34 PM
Thanks for the request. You are, of course, free to exchange opinions any time you like. It's the main reason why I'm on here.

fuyuki Jan 5, 2019 1:57 PM
Thanks a lot for the Secret Santa recommendations! I finished Shigurui yesterday and I'm impressed. You were right, the directing was just top-notch, and the atmosphere was great. It was slow-paced, but intense. Too bad it's unfinished, but well at least I know what manga I'll be reading next. I'll be watching the other 2 shows soon too, I'm sure they're great (I've been postponing Samurai Champloo for years now, it's time to stop lol).

Hibbington Sep 18, 2018 10:35 AM
Nice, cities always have a large variety of different areas of food to eat. My favorite reason of going. Though I do not know how I was able to handle all the noises of New York City when I had an apartment there. I stayed at a hotel last year and could barely fall asleep XD.

Hibbington Sep 17, 2018 4:11 PM
Thanks for participating in the Anime and Character of the Season Nominations.
Hope to see you participate in our coming Fall Line-up!
So you've been participating in the PRC for awhile now, but I haven't really seem to have talked to you yet. You have any good plans for your birthday next month?

I donno why they did not make it this year..

FelipeSchiffer May 24, 2018 4:49 AM
HelloHello, I'm sorry for the inconvenience, I'm a Brazilian, I found you by one of your reviews, anyway could you help me?