Kemono Friends was the surprise sleeper hit in 2017, almost being completely ignored by the Western anime community while being loved in Japan from the day it aired. What is the secret behind its success?

This article was written by Bagira20 and edited by TheCobraSlayer and Skittles of the MAL Articles Club.
Interested in writing or editing for us? Click here!

Kemono Friends was the most popular show of Winter 2017, but only in Japan. One look at its MAL popularity ranking and it becomes clear that this show failed to grab the attention of most western anime fans. Why was Kemono Friends such a hit in Japan while going relatively unnoticed in the rest of the world?

Let's examine the animation first. Kemono Friends uses 3D character models in front of 2D backgrounds. To put it bluntly, the animation is amateurish at best. Most of the time, the characters don't mesh well with the backgrounds and appear to be in front of their world rather than being part of it. This is a big turnoff for most people in the anime community since 3D anime aren't exactly well-liked by fans of the medium. However, this isn't the case in Japan because 3D animation isn't nearly as looked down upon as it is in the West. The fact that a show has 3D animation, regardless of animation quality, isn't an issue for the Japanese audience. Considering this trend, the main reason why this show went unnoticed in the West becomes clear: 3D rendering turns many people away.

If animation was the only thing that counted, Kemono Friends would be a complete failure. However, everything in life has two sides that balance each other out. Balance between work and free time, between time with friends and time alone, and between being lazy and working out. Thus, it should come as no surprise that such a balance also exists within anime: the balance between writing and animation. 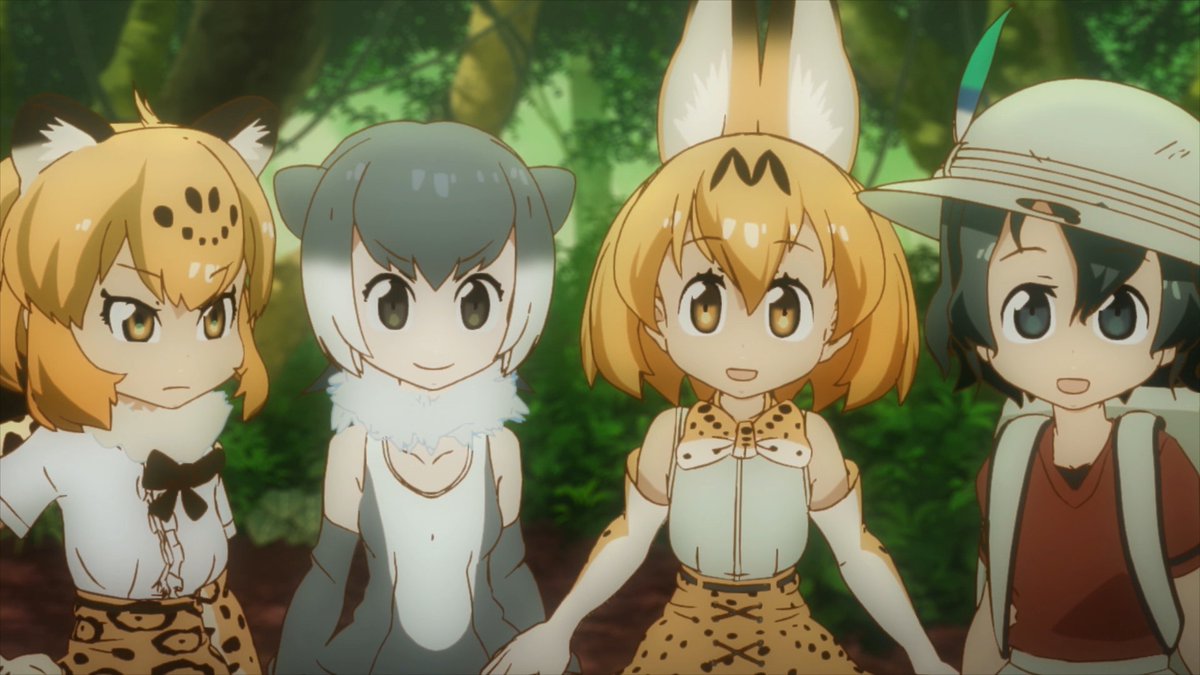 Since the animation isn't the main draw of Kemono Friends, the writing needs to be very strong in order to make up for the show's drawbacks. In the case of Kemono Friends, the writing delivers and even manages to incorporate the amateurish animation into its narrative. The premise of Kemono Friends is that a long time ago, all of the animals in Japari Park were transformed into half-animal, half-human beings called "Friends". One day, an amnesiac girl named Kaban wakes up in the savanna area of Japari Park and meets a cat girl named Serval. Together, they go on a journey to the Japari Library in order to discover Kaban's identity, all while meeting many different Friends along the way.

On the surface, this sounds like a standard setup for a fun adventure for kids filled with educational undertones about animals—and that's mostly what it is. Every episode features one or two new characters that either need help from Serval and Kaban or help them get closer to the library. What actually elevates this series to something greater than that, however, is its setting and presentation. 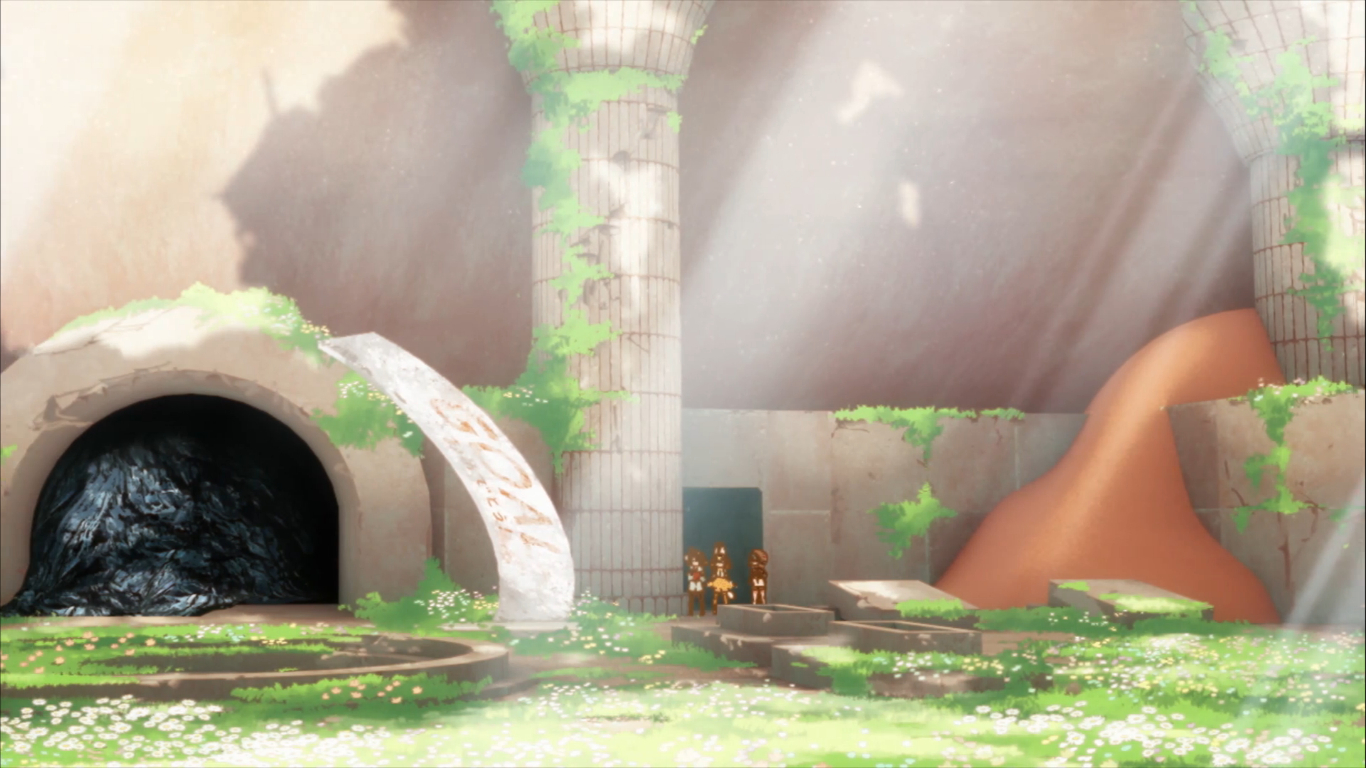 Japari Park is a giant amusement park built by humans long before the beginning of Serval and Kaban's adventures. However, something happened that caused the park to lie in shambles and erase any trace of its human inhabitants. The ruins of this former park are then explored by Serval and Kaban, giving the whole show a dark and unsettling atmosphere that contrasts with the cheerful adventures of the two heroines. The cast's childlike ignorance towards their surroundings further enhances the atmosphere. Here, the animation adds to the strangeness because the characters do not blend with the world they are supposed to live in. Apart from the lore surrounding the setting of Kemono Friends, there are also other mysteries which Serval and Kaban encounter during their travels. While there are still many mysteries that remain unsolved until the end, the show never loses focus on what it wants to be. It makes it very clear that the fun adventure through Japari Park is the main event, which makes the show enjoyable for both kids and adults. However, this is the exact reason Kemono Friends didn't catch on in the West. For the first couple episodes, the eerie atmosphere of the series isn't present yet, leaving the animation to rob the spotlight. Because of this, many people simply judged it as a kids show with bad animation.

Lastly, there is another aspect that draws people to this show: the characters, or more specifically, the character designs. The Friends are based on animals, but they look distinct while still resembling the original animals they are based on. Cat and fox girls are already proven to be popular, so throwing more animals into the mix seems like the logical choice. And while fondness for particular characters is always subjective, the cute and memorable designs of the Friends effectively help cement the show's appeal. 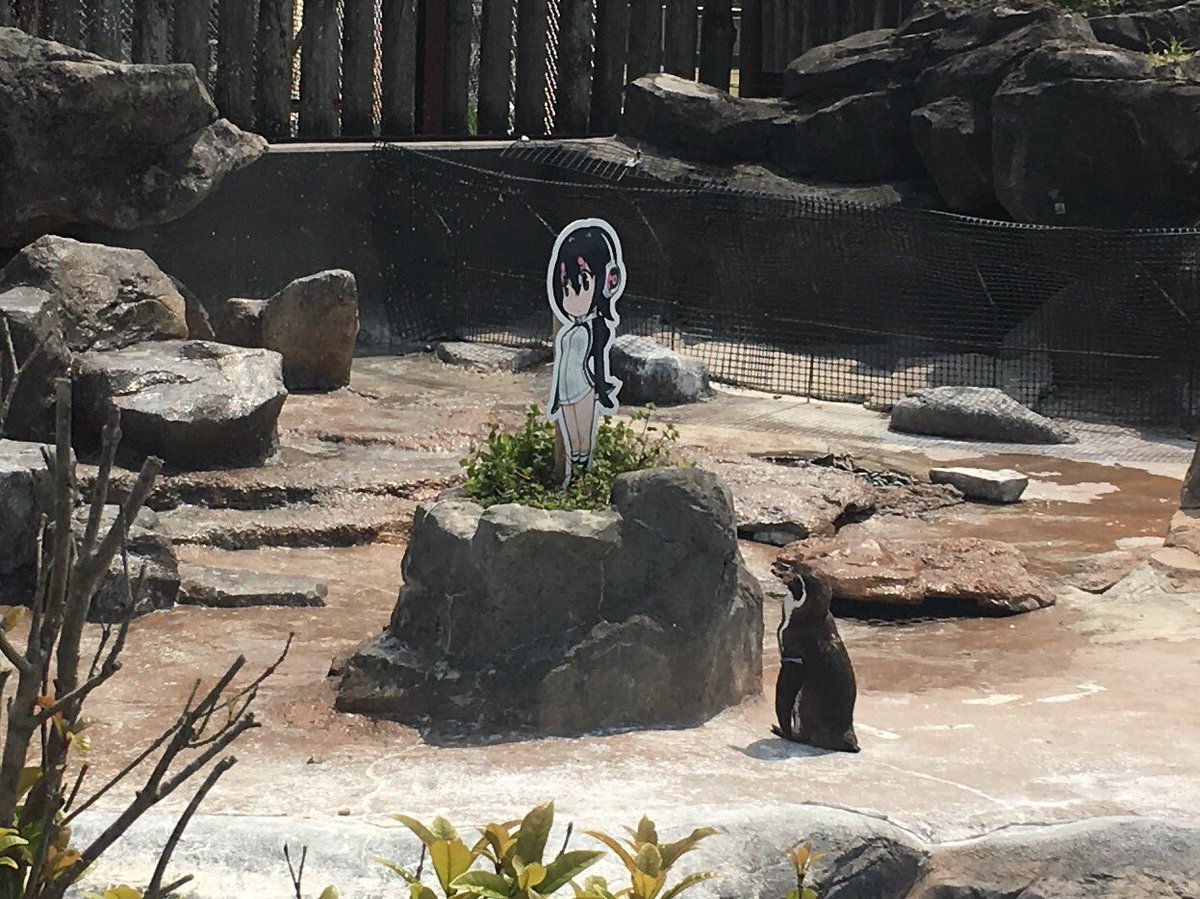 Let's return to our initial question. While Kemono Friends' popularity in Japan has something to do with the Japanese anime community being more accepting of 3D animation than western fans, it's also because of its other positive elements that keep viewers engaged and wanting more. Thus, Kemono Friends' success shouldn't come as a surprise since it's the natural consequence of the show being good.

The Art of Time Skips: When, How and Why

With flashbacks, plot twists and foreshadowing often being the most analyzed narrative elements in anime, time skips get ignored quite often. However, they offer just as much potential, for better or for worse.

Popularity Vs. Quality: Different by Definition

It's not uncommon for popular anime to receive scores way lower than you would expect, given how trendy it seems to be. But what is the cause for this difference between a show's quality and its popularity?