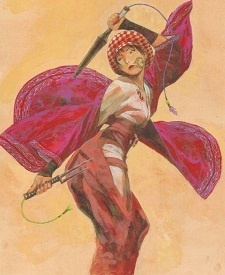 Dhruv_ffs Aug 2, 12:43 AM
Really loved your profile and favourites!!

Osumare Jul 7, 7:15 PM
Thank you very much, I don't know if I ever told you this before but I love the artwork in your pfp and profile bio!

Mercury-Lamp Jun 12, 3:35 PM
Ah, Blade of the Immortal, I see! Thanks for the compliment, I really like Dezaki, though I've watched just a little by him, aha. I'm planning to start Ie Naki Ko any day now, so something more from him. Yoshitaka Amano is a very good illustrator, it's true, though I've never looked much into his work so I wouldn't exactly consider myself much of a fan. The anime films he's worked on I've watched were interesting, though. And right back at you about the taste, your lists are great. :)

Mercury-Lamp Jun 4, 2:38 PM
Hey, what manga is the illustration on your description from? The colours used are wonderful!

brianwuzhere Apr 5, 5:44 PM
It's been a while, just wanted to say what's up. Do you still use Skype?

MisatoMyMommy Mar 11, 5:04 PM
Thank you ^^
If you want to, can you can recommend me any manga to read?
Have a nice weekend!