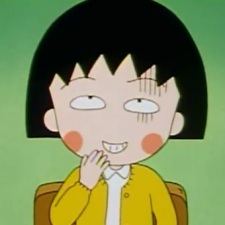 LoneWolf Jan 1, 2021 5:32 PM
Happy New Year!
I'm staying with my parents rn, but I was living alone for a bit.... didn't rly like it much tbh. Anyway It's glad you had contact with them. I have some friends from the Philippines too, theres a big population here in Toronto. I'd really like to visit there someday, seems nice.

LoneWolf Nov 7, 2020 8:38 PM
Yeah I loved Devilman, reminded me a lot of Kemonozume my personal fave. I just wasn't really feeling Eizouken and Japan Sinks. They're probably worth giving another shot, but maybe when I'm in a different mood. I've been having some weird moods lately where I don't even wanna watch anime. Eun Young Choi is dope, I wanna see her back in the director's chair. Sad to hear Yuasa is taking off his director hat, but hopefully he'll be involved in other ways in future projects. I'm hoping Koike has some new projects too, I really liked his Lupin III run and ofcourse Redline is fucking legendary. That reminds me Kawajiri was supposed to help with another Vampire Hunter D project. The books are actually really awesome. I was reading them a few months ago and yeah it's some epic shit. I think its just gonna hard to live up to Bloodlust... that movie is just like visually perfect.

Yeah Dorohedoro totally slipped my mind, the cgi put me off initially, but dam its a fun and crazy series. Also I loved Beastars and the cgi did not take away from that at all. Kaguya was great, I was actually going back and watching shome shows and that was one of them that I passed over the first time. Like I said I just have these moods sometimes. Oh I loved Great Pretenders too, those backgrounds are just too good and also everything else was just so solid. Can't really go wrong with Dezaki. I'll look into some of the other stuff you suggested.

LoneWolf Oct 29, 2020 1:44 PM
Congrats on the graduation! Glad you actually got to have a proper graduation. My one wasn't too eventful tbh I just walked on a stage for 5 seconds lol .
I've been decent myself, holed up with my family and my dad is doing and online business.

You watch anything good lately? I saw the newest Yuasa movie Ride you Wave and it was pretty solid. I haven't seen a lot of his newer work though like Japan Sinks and Eizouken. Maybe I'm just nostalgic for his older stuff like Kaiba and Kemonozume. 2020 films have kind of been a bust too. Do you have any recommendations though? I'm actually having a good time with Blood of Zeus (Netflix "anime").

I saw the remaster of Millenium actress in theaters not too long ago, even grabbed a poster... such a great movie. I was planning to buy the Perfect Blue remaster as well, idk things have been a little strange with me. I haven't been watching much anime. How are things with you?

LoneWolf Jan 19, 2016 7:09 PM
Just wanted to check up on you and say Happy New Year and stuff (late I know). There's a guy on my list with the same Profile Pic as you and it keeps confusing me >_< http://myanimelist.net/profile/AironicallyHuman

Anyway just wanted to know how you've been and stuff, drop by the skype group some time. We miss you man, take care.