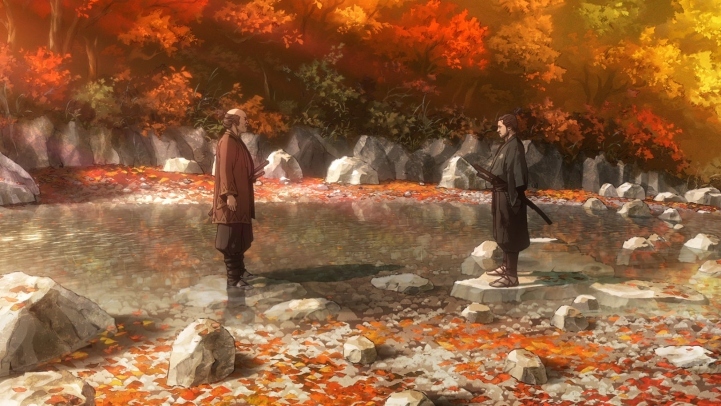 Capcom developed and published the first game in the series in January 2001 in Japan for Playstation 2 and released an updated version for Xbox in 2002. Onimusha received seven other entries in the following years. An HD remaster of the first Onimusha released on Playstation 4, Xbox One, Nintendo Switch, and PC.

I will keep this on my radar; it could be interesting.

Bayonetta has an anime movie. Gravity Rush has an anime short. Parasite Eve has a live-action movie but it's not very good. Some of these have manga too, like Siren.

A Baroque anime would be great though.

yeah it was kind of in the back of my head that bayonetta might have something, i dont count shorts tho. And no thanks for live action, i'd rather choose anime. I want an animated version so mangas don't count either tho, but it is a plus still.

ahhhh damn it, it had to be CGI, that aside whast with that pic? those guys dont look like any of the characters from the games

only played a bit of it but i liked it quite a bit maybe it could work who knows?

I thought the new Tekken Netflix anime was pretty watchable, so maybe I'll check this out.

Bayonetta has an anime movie. Gravity Rush has an anime short. Parasite Eve has a live-action movie but it's not very good. Some of these have manga too, like Siren.

A Baroque anime would be great though.

Lol in the announcement, they said "from the legendary director of Blade of the Immortal" which got me hyped up for a fraction of a second to get my hopes absolutely shattered instantly when it's actually the director of the live action movie and not Hiroshi Hamasaki.

Good news, we have Onimusha anime version
Bad news, there isn't announcement for this game, either reboot or remake

Yes I know I took the if only too far but there's so many great ps1 and 2 games (and other systems) that would fit for an anime. As for later ps stuff, well hmm, Gravity Daze.

Now where's Adi Shankar when you need his skill and influence :)

Getting the director of Dragons Dogma is a very cursed sign.

Another video game adaptation, but sine I played the Onimusha games I'll probably watch it.

Good, but without 3D CGI it would be amazing. I can't understand why add 3D.

This isn't the Vagabond anime that I wanted :')

DatRandomDude said:
ZXEAN said:
Is this a 3D CGI anime ?
Its Sublimation studio, everything they do is CG so yes.

I will finally get an Onimusha anime and it will be CGI?!

This is great news, hopefully it works out.

Whaaaaa? That's siick! Hopefully the dubs just as legendary as the games

Never played the game, but looks like my sort of thing.

This your type of stuff @JokerVentura?

DatRandomDude said:
ZXEAN said:
Is this a 3D CGI anime ?
Its Sublimation studio, everything they do is CG so yes.
Ok then I am not watching this.