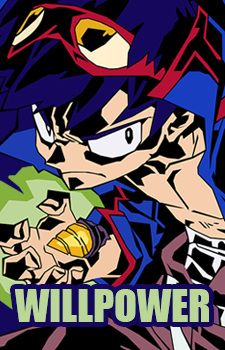 Adnash93 3 hours ago
If you like that kind of games, have enough of time and will to learn its mechanics and learn how to play various heroes, and you have a fine group of friends to play with, then I believe it might be entertaining. But lacking even one of these elements I mentioned will make playing this game if not hard, then pretty much annoying, in my opinion.

One could say that most of multiplayer-based games are like that. I agree, but it's a difference between games rather easy to play, hard to master, and games in which even moderate knowledge, skill and teamwork might not be enough to win or even lose a game being satisfied afterwards.

Adnash93 3 hours ago
Yup, Dragon Knight used to be my favorite for a long time. I knew he was called like that , but I wasn't sure if he had an unique name or something.

While I'm not a fan of MOBA games, Dota 2 was pretty fun to play. Most of my friends didn't play it, though, and playing with random teams was becoming more and more annoying and boring, especially if a leaver was on your team or a toxic kid who couldn't cope with teamwork at all. xD

Adnash93 4 hours ago
Yeah, I kinda figured out he was from Dota 2, because I used to play this game several years ago until I got bored with it, lol. I did not like that Bristleback dude to be honest. I preferred that knight who could transform into a dragon; dark elf archer; and that sorceress using fire (I think her name was Lina).

operationvalkyri Yesterday, 10:43 AM
Lol. See ya!

operationvalkyri Yesterday, 10:16 AM
Yeah she's quite popular but I hadn't been really struck by any of her songs until that Sawano one.

operationvalkyri Yesterday, 9:54 AM
Yay! Only Sawano could get me to like a Lisa song.

operationvalkyri Yesterday, 9:39 AM
Have you heard this rare combination (Sawano + Lisa)? https://youtu.be/Z94UDFeA-9I It's lower on the hype scale though.

operationvalkyri Yesterday, 9:23 AM
I just mean that I enjoy the melody and how the instruments come together to produce it. The rock style is great in the 2nd link you shared (No buts) and I really like the electronic/piano (with synths) in the 3rd. The vocals are definitely better in the first.
And I'm listening to the Shakugan ED (full version) lol.

operationvalkyri Yesterday, 9:03 AM
Lol you go for hype and I go for composition; we're bound to diverge somewhere.

Oh well that's always a great time to go on a music binge!

operationvalkyri Yesterday, 8:54 AM
Aren't you usually asleep at this time, deg?

operationvalkyri Yesterday, 8:54 AM
I didn't like the first one as much as the other two in terms of composition. I'd check out the full versions of the other songs. Thanks for sharing.
Yeah those Shakugan no Shana songs are great hype fests. This too: https://youtu.be/a2rYDQux-Zw

operationvalkyri Yesterday, 8:34 AM
I had hear her Shakugan openings, not the Toaru ones. I like the electronic compositions in the 2nd and 3rd links.
I used to like this of hers: https://youtu.be/7KFsP26QK0A

Korishi May 27, 10:10 AM
ugh dude I'm not in the mood to make a thread and honestly I don't care enough about Facebook to start the conversation.
go ahead if you wish, the article doesn't belong to me lol

Korishi May 27, 9:55 AM
"societal good over individual value" according to them lol

Korishi May 27, 7:05 AM
Facebook reportedly had evidence that its algorithms were dividing people, but top executives killed or weakened proposed solutions
https://www.businessinsider.com/facebook-knew-algorithms-divided-users-execs-killed-fixes-report-2020-5?IR=T
All Comments