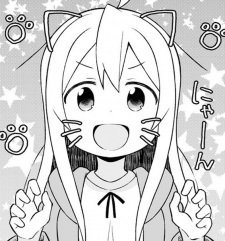 AbsurdTurk Jul 25, 11:31 AM
Hey, what's up? It's me, RealTheAbsurdist. I decided to change my name because there were others who had The Absurdist in their name, so I didn't think it would work as my artist name. Anyways, how are you? I wanted to ask what you think of my new favorite video games list, which is in my profile.

"unless its a very nice box ;D" ahahhahahahahahhah,I loved that comment!

deg Jul 20, 11:41 PM
ah i see thats a relief i thought the mods are sniping profile comments too now

deg Jul 20, 4:17 PM
dude did you deleted some of your comments on my profile? or did the moderators deleted it? lol

Safeanew Jul 20, 4:24 AM
What I mean by rational egoism is that people should think rationally about how to improve their life, because what helps one the most often helps other too, for example fighting for worker rights or other political problems, more personally this means taking all the money one can get, there is no problem spending money on oneself.

It seems objective vs subjective mostly confuse people, it is really not a divide but an element of thinking itself.
Because thinking is subjective, but objectivity comes from grasping the whole thing, the historical and politcal progression that determines and sustains the current and immediate social relations, for example why it is possible to smoke right now.
So objective and subjective is not opposed to each rather objectivity comes from having a complete grasp of what subjectively only is experienced as an opaque reality of getting stuff from somewhere beyond one's direct experience.
Objectivity means grasping the conditions that sustain one's reality in it's completeness.

Example of universals is the subject and the I, the I is the collective I that comes from stories that everyone is reflected in as it is the universal I. The subject is closest to Decarte with his 'I think therefore I am', but a divided subject, as the subject is only name of thinkings inherent impossibilty, it's own incompleteness.
In art classical works of art are universal, for example Shakespeare, as each period of time have their own Shakespeare, what makes a work of art universal is how it moves over boundaries of culture and time, being recognised by everyone as universal by the disposition towards it as an universal event.

In Lacan everyday reality (as in one's conscious awake experience) is imaginary, while the Real appears in dreams and fiction.

Zizek describes the difference between the three Lacanian levels of Imaginary, Symbolic and Real by relating them to chess.
The imaginary is how the game looks like the shape of the pieces or the name of the pieces, something is still chess if one change the imaginary.

The symbolic is the game rules of chess, how the pieces moves, that one takes turn to move and more.
The symbolic in reality/society is the language and the social game of society, all the rules of the game instructed by language.

The Real is the most complicated part, it is everything that affects the game without being part of it's rules, like how good the players are or if something stops the game midgame either by one of the players flipping the table or something forces them to end it early.

The symbolic is the language and reality, this is why the limit of one's language is the limit of one's reality, while introspection is part of the imaginary, as in having no real effect.
The symbolic is intersubjective as language is intersubjective, sort of like a hivemind, everyone must play the game, because the game is the only reality, language is the only reality.
But this is where fiction and dreams come in, while the symbolic is played by taking symbolic roles in the game of reality, what determines one is the Real of desire, as in one's true desire is shown in full form only in dreams and fiction because they are too hard to admit in reality.
The Real is the things one do not know that one know, that determines one's actions.

There is a difference between the aim and the cause of desire, the Real is the object cause of desire, while one's ideal is the aim.
So one mistake is to try to fulfill one's ideal, because it is only one's aim, if it is fullfilled the aim switches target, as desire is sustained by lacking what one desire.
The point is rather to fail, because the good can only be found after the fall from good, because the good is only created retroactively from falling from it.
Love is one example of the fall, an ethical event that disturbs one's daily life.

Time and space is abstractions of reality, as probably the next breakthrough in science is only reached by dropping those as categories, not that it is simple.

deg Jul 19, 8:47 PM
ye i really like that CE rule about reliable sources

deg Jul 19, 8:24 PM
welp i did not know that another case of selective enforcement i guess

Safeanew Jul 19, 5:55 AM
Another fun note is that time and space could be considered social constructs as Kant mentions that rationality adds those concepts to reality, it does not exist for itself.

Safeanew Jul 19, 3:38 AM
I respond here a bit late from the locked thread:
"I haven't read too much into philosophical egoism and Max Stirner I just have a general idea of what it's about and can work from that.

Yes I already implied that actions still have consequences but not everyone acts rationally at all times so you still will have people do things against you and while same occurs under how things are as is there isn't much of a reason for some outside third party to get involved since often it's someone will never see you again so they will unlikely get a benafit in intervention as no morals or expectations of reward could guide them since the concept of rewarding people in gratitude is a social construct, is it not? And same is true that no enemy shal be made for not intervening because the expectation of intervention is a social construct, is it not? So in short some social constructs are needed or benificial but of course not all are needed or beneficial."

I don't know anything about Max Stirner myself, my use of rational egoism should be compatible with a more rational common sense, so not really philosophical.

I spoke a bit too much out of context in the thread as what I said have nothing to do with the premise of the thread.
I am opposed to the concept of social constructs, because it asks the question of who constructed what, when? Or is it just emergent from social interaction, if so is it really constructed when it comes by itself?
Rather I am for universals, that there are ideas that survive through time, that are not simply constructs, but rather the substance of thinking itself.
This is what Lacan means when he says the structures he uses is Real (as in lacanian Real), compared to the previous structuralists that only see structures as models of reality.

Luchse Jul 17, 1:45 PM
There is also the problem with borders and many ethnic groups which in turn makes all of the prior mentioned stuff much harder. Sorry for not expanding on this. I'm playing Battlefield and having some really good games, so I don't feel like ending it but I will leave you with a video.
https://youtu.be/LvKONiRHgkU?list=LLeNyJHAKocPY6n869XjFidA

traed said:
QPR said:
Silverstorm said:
Traed kinda pointed out the issue with your idea of "no-harm". But you also wanted to target a continent, regardless of those countries actual population sizes or risk to genocide of countless cultures who aren't "breeding like rabbits", so that you could live more comfortably while alive in Britain.. How very "developed" of you.

And Marxist, ethnic nationalist-- hell, even PC SJW are conceptions and labels with changing definitions, so mean close to nothing w/o actions. Shame you cannot see that.

It's got nothing to do with you or me personally, these issue are going to be a problem long after both you and me are dead. Nice attempt at painting me as selfish, shame it failed totally.

Then you should be fine if Africans forcibly sterilize Europe, North America, Oceania and the Slavic nations, right? That would bring down population too. Interesting you chose the continent of Africa when China and India alone contain 37% of the world's population which is more than all of Africa which is like 16%. All of Asia is 60% of the world's population (remember Russia is part of Asia geographically)...yet you only chose the second most populous continent Hmmmm

The issue with your absurd proposal is you would be targeting specific nations and a whole continent which is literally an unscientific eugenics. It is just lazy because it ignores any reasons why those conditions exist in the first place.
Where does this unwarranted separation of Slavs from Europe come? Most of us live in Europe so despite the majority of Russian lands being in Asia it still fails to warrant such a separation. The proposal is far from absurd. Most of the Asian nations are losing out on their population numbers except for India obviously. African nations on the other side are predicted to increase their populations despite all the shortcomings portrayed by their economic inefficiency. More numerous populous will only bring more people closer to starvation than ever before on that continent. Therefore, a possibility of an all out war is there. It need not be said that a war will only push Africa back in time and disintegrate all which was done so far. In my honest opinion a full economic rework that will be capable of sustaining the furthering of population is required before the latter happens. And of course a full disconnection from certain European countries. Khm khm looking at you France.

deg Jul 11, 3:57 PM
haloperidol is the cheapest welp there is another one Thorazine the oldest neuroleptic but it has a eye problem side effect though

deg Jul 11, 11:11 AM
so i have to consider changing haloperidol to a better one?