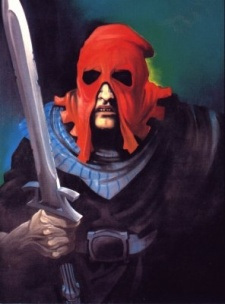 ChadAznable0079 Aug 2, 2020 11:26 PM
good to hear things arent to bad over their. i can find ammo mostly at smaller gun shops interestingly enough... pistol ammo is difficult while rifle isnt to bad.

i havent seen much armed militias or PMC groups, the police presence here is still fairly good... even so most LTC /Concealed Carry Courses are full and the one time i did go to the range recently their was a fairly eclectic crowed which i glad to see with the riots and unrest many people from all walks of life having their OH SHIT moment and realizing they may have to defend themselves... more gun owners is always a welcome sight.

when was the last time you got to shoot? i went about 2 months ago... not sure when ill be able to go back between money and working 2 jobs.

good to hear things are starting to loosen up in VA, TX isnt to bad other then the mandatory masks and capacity restrictions... could be worse. ive been back at work since mid may so i've been back awhile my other job never stopped.

ya idk how the remake stacks up either compared to the original, the mid 2000's cgi is never great and while the animation is fine it lacks the charm of 80's and 90's cell animation which i will always be fond of.

ChadAznable0079 Jul 31, 2020 10:25 PM
hey man, everything going ok were your at, riots have things pretty tense down here and the local shops cant keep AR's Pistols or shotguns in stock...sadly ammo is a pain in the ass to get... how are thing in VA, all things being considered Houston got off lightly but not unscathed.

also ive been meaning to watch the old area 88 ova ive seen the remake some time back and liked it but never did get to around to checking out the original.

ive previousy owned a Beretta 1934 so cool you mentioned it, i owned one for a few months, got it last year at a pawn shop in college station texas for 200 dollars, it was produced in 1943 and was in decent shape, i fixed it up with new springs and it was a slick gun liked the look of the gun and handling, wasnt in love with shooting it as much, it was a bit snappy and i got hammer bite a few times . i got an opportunity to sell it in the January and it did, used the money to get my makarov. if you want one id say beware of hammer bite but if you want one its a slick little gun and you can do alot worse. on a slightly related note, the same pawn shop had a Beretta 1951 for 250 dollars and i wish i could have gotten both.

i do want a m44 mosin, either a polish or chinese model. sady ive never fired a shotgun, i need to get one and try that out at some point.

are their any action anime you'd recommend? currenty watching golgo 13 and enjoying it and looking for something for when its over, noir looks good and youve mentioned it so ill give it go in the future, dirty pair looks pretty good also. ive seen gunsmith cats which is excellent as is black lagoon.

ya 7.62x39 is significantly cheaper and surplus is still available. thank you i wanted to run it by someone else i was already sort of leaning in that direction but wanted a second opinion.
as for the mini 14 i guess i could do mini 30 if i want 7.62x39... sks would be cheaper though and more historically interesting given the conflicts they got used in ,everywhere from Vietnam to Rhodesia

are their any historical guns you have your eyes on (milsurps)... if not today then one day?
given my first long gun was a Finnish 91/30 rework i would like to go through all of the Finnish mosin variants, ill probably start with a fin m91 since their not too terribly pricey. m39 is cool but getting pricey for a mosin... even if its the best one.

ChadAznable0079 Apr 19, 2020 9:47 PM
more or less the same here, the local stores seem to have some TP at long last. but ya most stores are still shut down and im currently home from work for going on week 5 or so, i want to go back to work, also im super jealous you can shoot in your back yard... i live in the suburbs and would get the cops called on me for shooting in my backyard, i tend to shoot at ranges... which are closed currently. so ive been doing alot of dry fire practice lately.

hope your uncles ok man, sorry to here he may have been infected. hopefully he'll be ok.

cool man, nice to hear your taking up gardening during the crisis, ive tried to learn more about cooking since im not confident enough to cook for others.. for now though im improving. also trying to watch more movies mostly Acton movies from the 70's and 80's.

curious about your opinion about something, my first semi auto rifle though i likely wont be able to afford it for some months, especially with the crisis. i would like an AR or AK but my parents dont much care for assault type weapons, given that i live with them i have to take that under advisement for now, so i was thinking of my options, m1 garand, sks, mini 14, fn 49, or mas 49/56. i was thinking sks or m1 garand but was curious your opinion.

ChadAznable0079 Apr 18, 2020 7:13 PM
ya governor blackface seems totalitarian wank, sorry yall have to put up with him and god i hope the situation improves their before June, governor abbot is talking about trying to get things moving here by may which im certainly in favor of given my currently being unemployed and all... god i want to get back to work soon.

ya i watch a fair amount of misha's stuff, he seems like a cool dude.

hows the covid19 crisis in Virginia? is everyone you know ok? are you out of work right now?

ChadAznable0079 Apr 15, 2020 11:45 PM
cool the comblock had great weapons design... excluding the mosin and 1895 nagant but their czar era guns anyway. but they generally build tank like guns that will most likely outlast you or the end of the world. 7.62 tokarev is a great round and id like one too at some point ill probably go polish or Romanian tokarev but wouldn't turn down a m57 by any means... i also would like a cz52 just cause their rather weird operating system.

cool man the south and the western are fairly chill about guns which i guess helped both of us out. are you still in VA? if so keep fighting the good fight against Northam and his cronies bollocks.

ya i need to hurry up and get my permit, but back home in Kansas were my family's from i dont need one and even keeping one in your car is legal in the state of Texas.

good idea getting your ak before 2016, in terms of ak's i really want a Galil in sort of Angola bush war R4 clone pattern, longer stock and 50 round stick mag and such.... one day.

ya apparently manurhein got walther pp tooling post ww2 when germany wasnt allowed to make guns for awhile ,mine it was marked for the Viennese police... god i miss that gun i hit hard times and i sold her :(

i like the yugo duo, you did a good job with the m70 furniture. i too have an affinity for communist block guns, i really want a yugo sks.... Albanian sks would be cool but pricey.

when did you get into guns?

my parents weren't gun people but being from the south they were always sort of around and i thought they were interesting but i didn't shoot a gun till i was 19 when my dad finally got one we took it to the range, so early last year when it looked like i was gonna be moving out and taking an EMT job on Kansas i though well Topeka sort of a shit-hole i and their a constitutional carry state i should probably buy a hand gun just to have, and i bought of all things a Manurhien wather pp in 32acp... it was a good little gun and though that move fell through i got bit by the gun bug.

nice to meet you as well. and thanks for the FR

do you have any guns?