Pycha Today, 7:22 AM
sadly haven't gotten her yet, i believe im like 20 pulls away from a guaranteed 5 star so i'm grinding those primogems.

GhostViBritannia Sep 21, 6:24 AM
Indeed, you can even say that it's the best forum set on MAL because I created it

Royal-Guard-Reli Sep 20, 6:47 PM
I’d argue that in a certain age group it’s THE gateway drug. And the funny thing to me is - Death Note isn’t even that great. O-o I mean, it is, but there’s way way way way way more interesting stuff out there, the fact that that is just the tip of the iceberg amazes me and it really shows how strong that show was and still is at the time.

I’m really glad you’re enjoying it! >:D ….. I’m just sad I don’t like Higurashi myself xD plot twist lol: It’s not my kind of show and I find it to be super repetitive in a SAW-esque way, but it does have some good story arcs later on if you ask me. For some reason I just can’t… vibe with it. o-o Are you a fan of Junji Ito? I think you’d love his work!

Royal-Guard-Reli Sep 18, 5:11 PM
Honestly, I can’t tell if shounen has gotten “better”, but it sure has changed - I can’t believe we live in a day and age where filler isn’t acceptable anymore, and it’s one of the major turn offs for revisiting past anime lol.

Wow, our backstories are kinda similar in this regard! Tbh I always knew anime was something different from cartoons, but I didn’t really know, as a small kid, why. I remember saying: “Oh anime, it’s that thing where they talk in their heads.” Lmao. But as I got older I eventually realized what anime was, but fell out of it/still considered them cartoons. When i was homeschooled however, I exhausted everything on hulu. :/ All live action comedies, all movies, just everything - so I gave Soul Eater a chance, and it was really cool! But it just didn't hook me, ya know? It had some messages I liked, but it wasn’t something that got me into anime - Death Note was. I watched that entire show in two days. And said to myself afterwards: “I want more.” It was the most gripping piece of animated media I’d seen up to that point. And, here I am now lmao. Been apart of the cult since 2010. ^^

You should have saved HIgurashi for October! ;__: Would have been even more fitting. Are you enjoying it?

Man, it’s kinda crazy how shounen is getting popular again - at the start of the 2010’s shows like SAO, Attack on Titan, and Tokyo Ghoul sort of dominated the medium and shows tried to emulate them hard, but it seems now that more shounen appeal to teenagers is spiking, with stuff like Jojo’s and Chainsaw Man. It’s kinda refreshing and nostalgic lol.

How did you get into anime? :O

GhostViBritannia Sep 15, 10:11 AM
Mirai said:
None, my heart only belong to Xinil 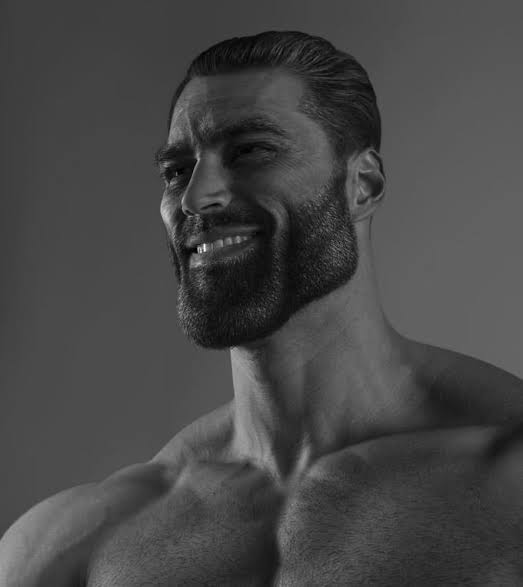 Pycha Sep 14, 9:29 AM
have faith, he'll be out at some point!
i can imagine the hype for when he does eventually come out.
i'm hella hyped for the kokomi banner though and will probably start playing again when she's out

Pycha Sep 14, 8:50 AM
thank you :)
my favourite character atm is albedo because i love his playstyle and character a ton. sadly, i haven't been playing too much recently though

Royal-Guard-Reli Sep 13, 5:47 PM
I’m of the same opinion, I think she’s just a bit stubborn. Trying to talk to an older person about nihilism or any other thematic philsosophy shiz is kinda like trying to teach a square to fit into a circle… ya force it, it can maybe work, but often times you just end up looking dumb lol.

Alright - Chainsaw Man. It’s getting hype, I need to get back into anime and manga after a long ass break, and people everywhere keep talking to me about it. Why do you like it so much? Can you go on about it a bit for me? I’m sort of out of the age demographic but love giving everything a shot.

Royal-Guard-Reli Sep 12, 4:32 PM
Ikr? I'm pretty bummed about it and that season 2 hasn't even been announced yet. So I can only hope they're taking their sweet time making it the best damn run it can be.

Ya know me and my grandmother watched all of Monster together and she loved it all the way up until the ending. She said it was stupid and it was a waste of her time lmao. What did you think of the ending?

Royal-Guard-Reli Sep 11, 5:25 PM
Sorry for the random comment: but want to say sweet Invincible worship in your forum set! Have you read the comic? >:D

Ninachu Sep 10, 10:53 AM
Lmao yeah that scene was amazing. I have been reading hypmic manga and definitely want to see some of it animated. So I hope that at some point we get season 2 or something x)
All Comments