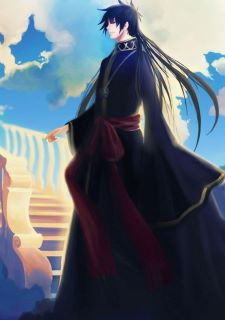 Adnash Feb 15, 10:29 PM
Hello, what's up? Have you heard that apparently the new date for Next Dimension's new chapters is "early summer"? So if nothing changes, I think between June and July there might be new chapters at last. ;p

Tomorrow will be a GREAT day in America.

I guess it can't be helped. It's always tragic when a mangaka has problems with his or her hand. Healthy and functional hand is crucial to draw beautiful pictures and be able to do it fast enough if a mangaka is not popular enough to have a privilege of publishing his or her works without the need to go with a strict schedule. By the way, if you want you might to share the informations in a thread that I created some time ago about Next zdimension's new chapters: https://myanimelist.net/forum/?topicid=1858167

Yes, I'm afraid that Next Dimension most likely is not going to be ever finished, at least not by Masami Kurumada, but I hope he will be able to finish it one day, even if it takes several years to do so. Although from what I read his hand is not getting better and it will be really hard to conclude the story without rushing it. It has huge potential, especially after 13th Gold Saint appeared, and rushing everything just to finish the story would be equal to wasting that potential that lies in Next Dimension's storyline (which is not perfect, of course).

Sad to hear that there a political crisis in your country that mixes with the whole madness caused by the pandemics. Let's hope everything will at least stabilize as fast as it is possible.

I had rather alright New Year's Eve. I celebrated it fully as I wanted to. I hope you had a good one too! Happy New Year, by the way! :)

tiestosdh Dec 29, 2020 9:49 AM
hey there, how are ya i was just going through some forums when i saw you checked your profile and boom impressive and the request was sent

Oh, Peru? I know some people from Peru. Only in the Internet, but we talk from time to time. :)

Yes, I heard that recently the situation in Peru was rather bad to put it lightly. Political and social tensions, problems with the national economy, and problems with healthcare struggling to fight with coronavirus. I hope everything is gonna get better soon.

From what I noticed, Poles were disciplined in the first month of this coronamadness. Now my nation seems to be less and less disciplined, unfortunately.

I hope you are having a good day as well! Take care mate.

Adnash Dec 17, 2020 2:47 PM
I also heard that kind of rumors saying it will be a short manga full of comedy elements. Many rumors mentioned the manga you have mentioned in your comment as well, the one about Yamcha I mean. I can't really tell much about it since I have never read it, but I heard it is a pretty fine, funny and lighthearted story set in Dragon Ball universe. Perhaps this new Saint Seiya manga will be something similar.

I just really, really don't want it to be another silly and generic isekai manga with harem. I know it most likely won't be like that if we look at the informations revealed so far, but there is still a possibility...

About Next Dimension, hmm. Is it not pretty much certain that the next Champion Red will have the new chapters of it?

Thanks. I'm from Poland. Recently we've been struggling with coronavirus as well. Our government missed the opportunity to prepare medical infrastructure for the second wave and fall in general (during this part of the year many people are sick, from mere cold to seasonal flu or pneumonia), especially when we had rather stable spring and summer with not that much daily infected rate. I see more and more people starting to ignore the restrictions, however most of Poles are disciplined.

Where are you from, by the way?

2020 was indeed a weird year. Not the worst in my life, though. But the weirdest? Perhaps yes.

By the way, sorry for some typos from my previous comment. Recently I've been responding many messages on my phone and sometimes I didn't notice making a mistake before posting a reply. Now I see I made some typos (writing on a keyboard is way more comfortable, lol) and I can't edit my comment, therefore I apologize.

When I heard that there is gonna be a new Saint Seiya spin-off, I was positive, since I really enjoy reading Saintia Shou. My initial optimism, however, has faded away after I read that the new manga is going to be an isekai. I don't like this genre in general and there are only few exceptions among animes that were enjoyable for me despite belonging to the isekai genre. What's more, I just can't imagine a good story that would mix Saint Seiya universe with the concept of isekai.

I'm waiting for the new Next Dimension chapters anyway. They are going to be released this month after 2 years without nlany new chapters, so I guess I should be hyped, lol.

I am doing fine, thanks. How about you?
Indeed, this year's been really crazy. Let's hope that the next one will be better.

Adnash Dec 8, 2020 12:37 PM
Hey mate! Long time no see. How are you doing? Have you heard those rumors that there will be a new Saint Seiya manga, but this time this is gonna be an isekai...?

Silverstorm Oct 1, 2020 4:57 PM
Thank you for explaining in a quick way what we were talking about in the thread. Its informative and sounds like it was a s*show at the time-- poor Peru was my final thoughts.

Adnash Aug 31, 2020 8:11 AM
Yeah, and imagine what would it be if Saint Seiya's sequel was not a separate manga series (subtitled as "Next Dimension"), but it would be a part of the main manga. Like, imagine starting reading one manga title and hen imagine waiting 15 years for a new chapter, lol. That makes these 2 years without any new Next Dimension chapter look as nothing big.

Adnash Aug 24, 2020 8:18 PM
Sorry from double post from before (I deleted the first one, 'cause I made one mistake in the title of Saint Seiya: Origin manga and forgot to edit it out before ;p small mistake, but still I didn't like it, haha).

Adnash Aug 24, 2020 8:13 PM
Yeah, we should be actually grateful that Masami Kurumada returned to Saint Seiya manga after such long hiatus. There were exactly 15 years between the end of Hades arc and the beginning of Next Dimension.

From those shorts, I read Episode 0 and Origin. They were okay and indeed expanded the story, however as you said they also opened unnecessary plot holes or modified some elements of the plot that should've been left untouched since they had been already closed back when Saint Seiya manga's last chapter was released years ago. Still, they are definitely worth of at least checking them out.

I haven't read Destiny yet. It's the newest short, this time about Kanon from the times when he served under Poseidon.

Yup, I heard about it. Very good news, because it's been around two years since Kurumada-sensei released some new chapters for Saint Seiya: Next Dimension. While I really enjoyed side stories like Episode 0 or Origin, I would love to not wait sever years for Next Dimension's new chapters. I prefer to see the main series getting new content more frequently and I guess many Saint Seiya fans feel the se way, haha.

I even created a thread about this information on Next Dimension's forum on MAL: https://myanimelist.net/forum/?topicid=1858167
All Comments