by arsonal
Apr 1, 2015 9:41 PM | 74 Comments
Each year, April Fools' Day gives a chance for creators in the anime, manga, and games industry to showcase their creativity. With the popularity of social media in recent years, many of these expressions of creativity become viral easily. We shared some of our favorites on our Twitter account, but we also want to share them with the rest of the community.

Dance with Devils
On the official website, creators of the series announced the anime Wanko to Odore: Dance with Dogs. 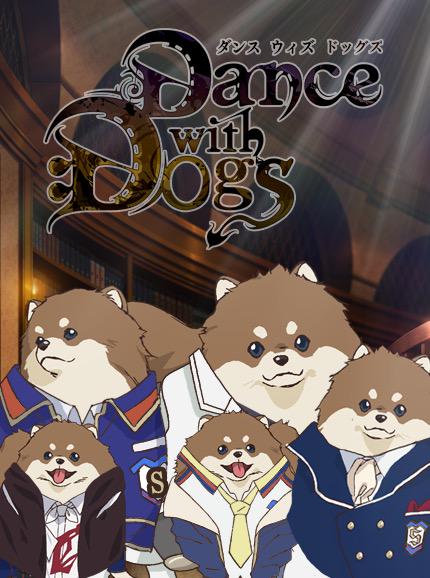 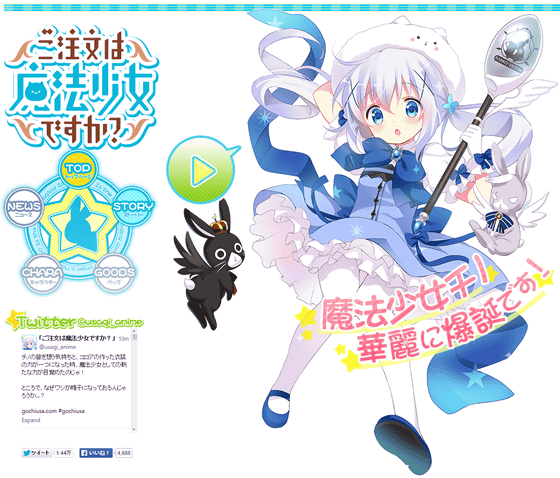 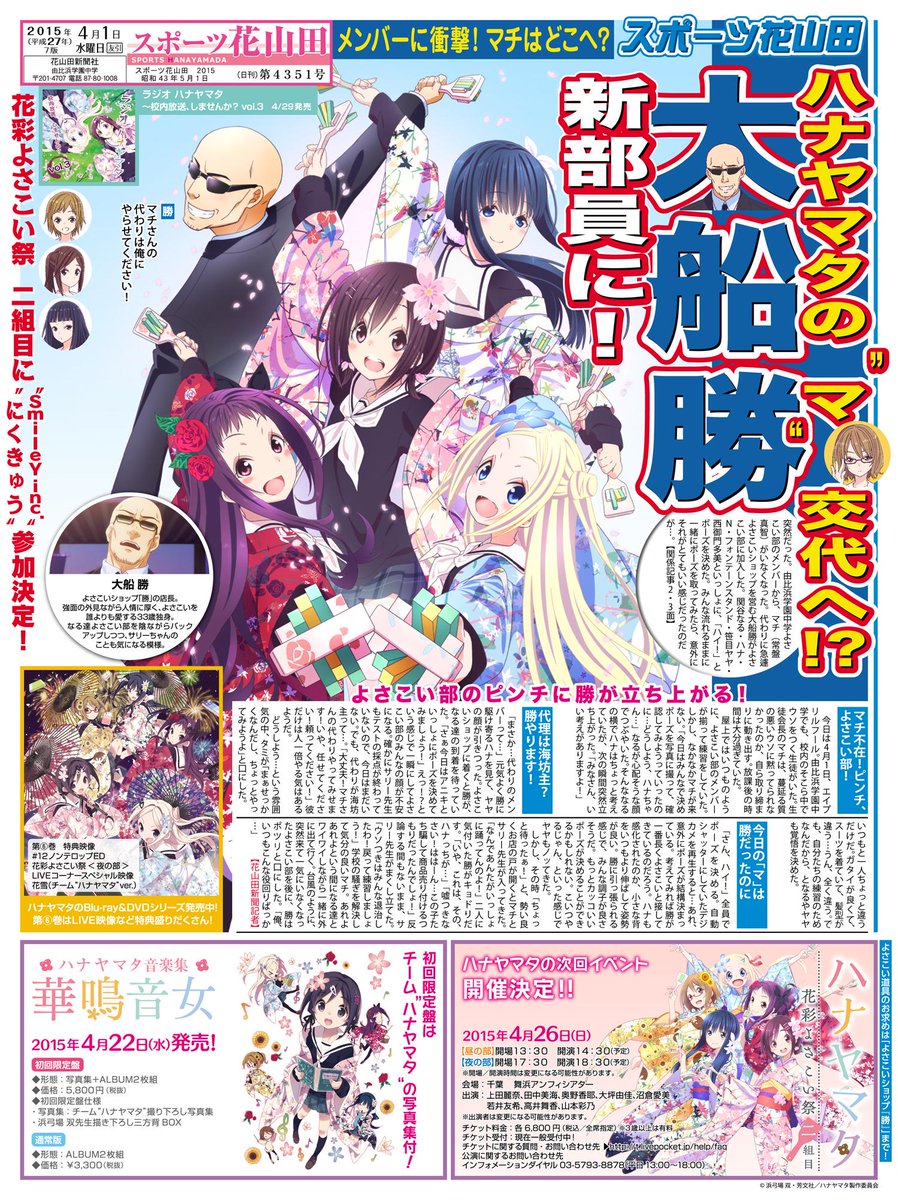 Hello!! Kiniro Mosaic
"Our daily lives will shine in blond!" The key visual of series was edited with all the characters having blond hair. Kimi ga Nozomu Eien
On its official website, adult game creator Age Soft announced the TV anime Kimi ga Nozomu Eien Next Generation (Kari), slated for 2017, and a live-action adaptation in order to celebrate the 15th anniversary of the title. A teaser trailer was also uploaded to its YouTube channel. Mushishi
The official website of the series announced an upcoming movie, Mushishi: The Perfect Love. 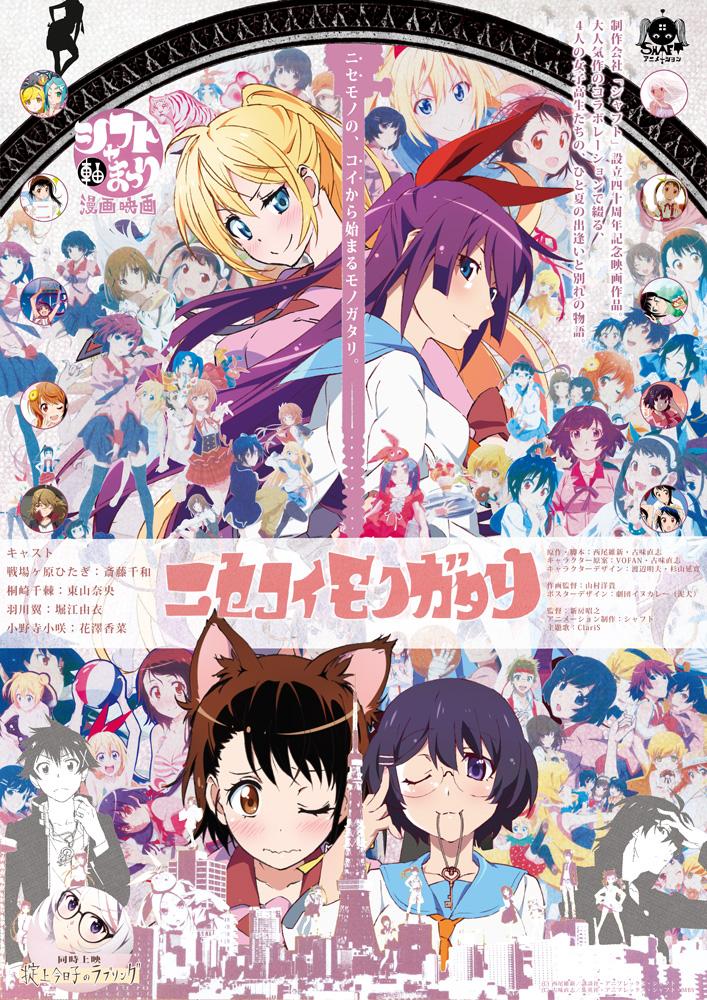 Satin Loeb
The Studio Ghibli fan site Ghibli Communication Hiroba posted an exclusive look into the animation studio's next work, Satin Loeb, scheduled for release in Summer 2015. The announcement claimed, in order to produce the movie, Studio Ghibli moved its production base overseas and was renamed Sahara Ghibli. Satin Loeb would be based on Rie Asami's fantasy novel of the same name, which is set in the fictional desert kingdom of Satin Loeb. Selector Infected WIXOSS
The official website of card game maker Takara Tomy announced a live-action movie adaptation of the series. It also featured a trailer on its YouTube channel, but the trailer has since been removed. 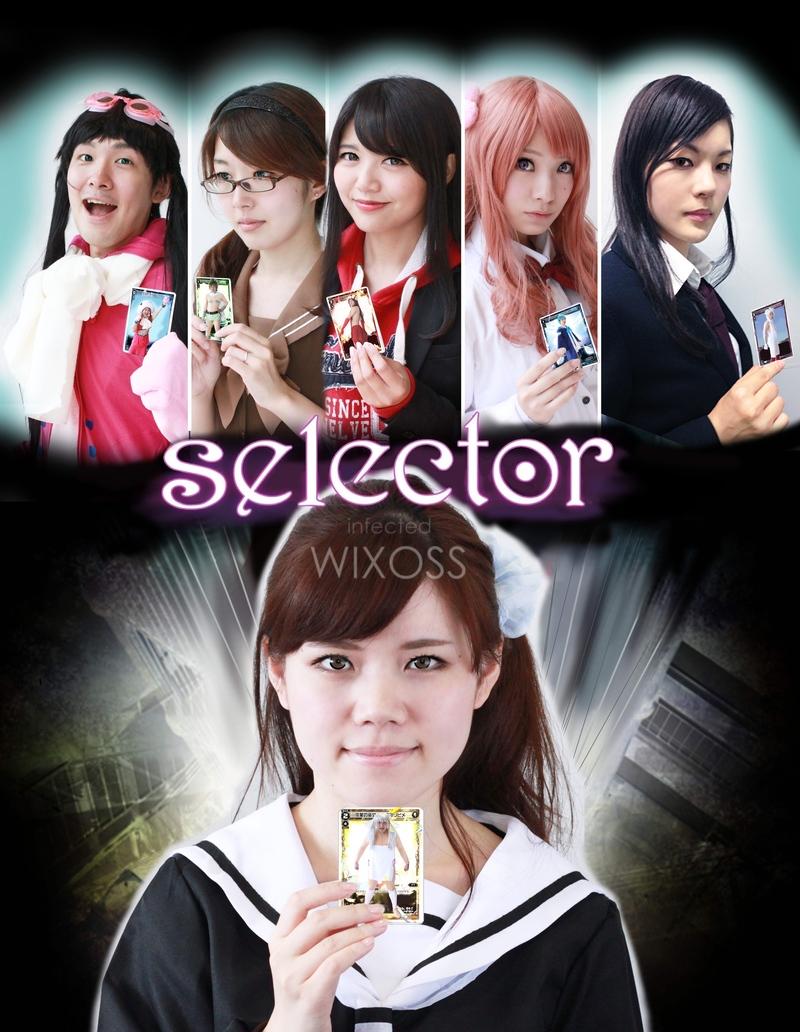 Shirobako
The Twitter account of mangaka Takeshi Nogami, whom the character Takezou Nogame is based on, announced a TV anime adaptation of the fictional manga Dai San Hikou Shoujo Tai. The tweet has since been deleted. Episode 1 of this fictional anime will be bundled with the seventh Blu-ray and DVD volume of Shirobako on June 24, 2015. 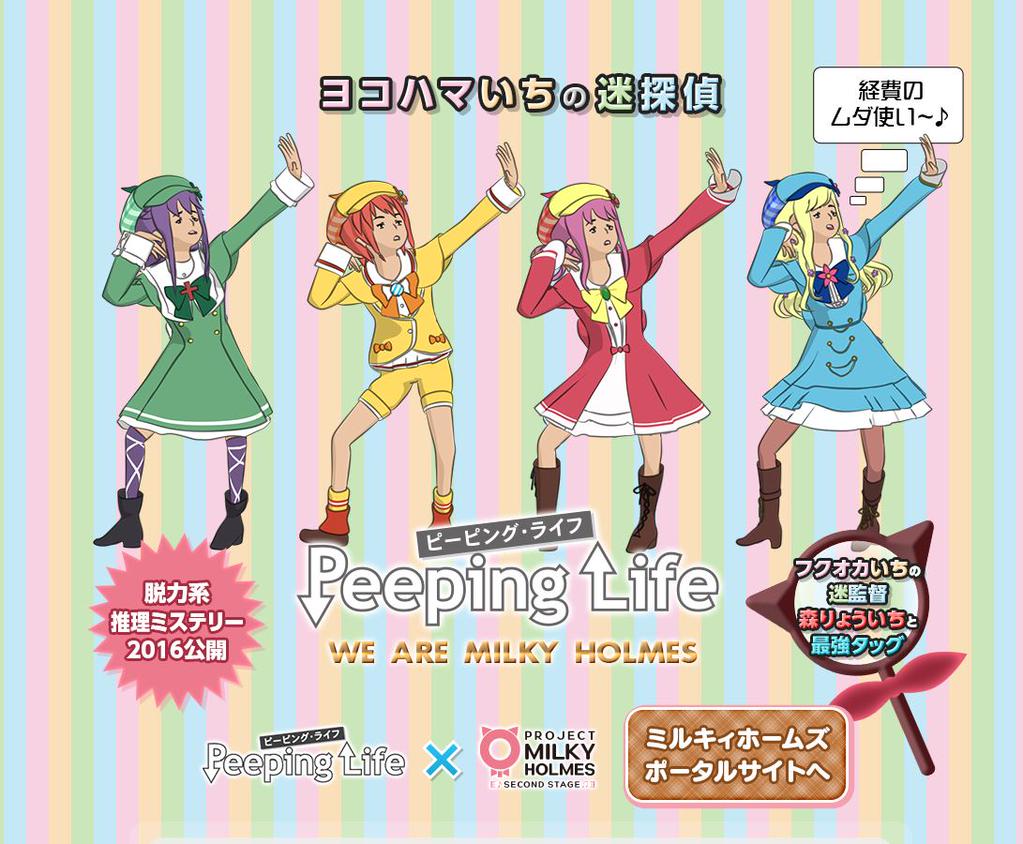 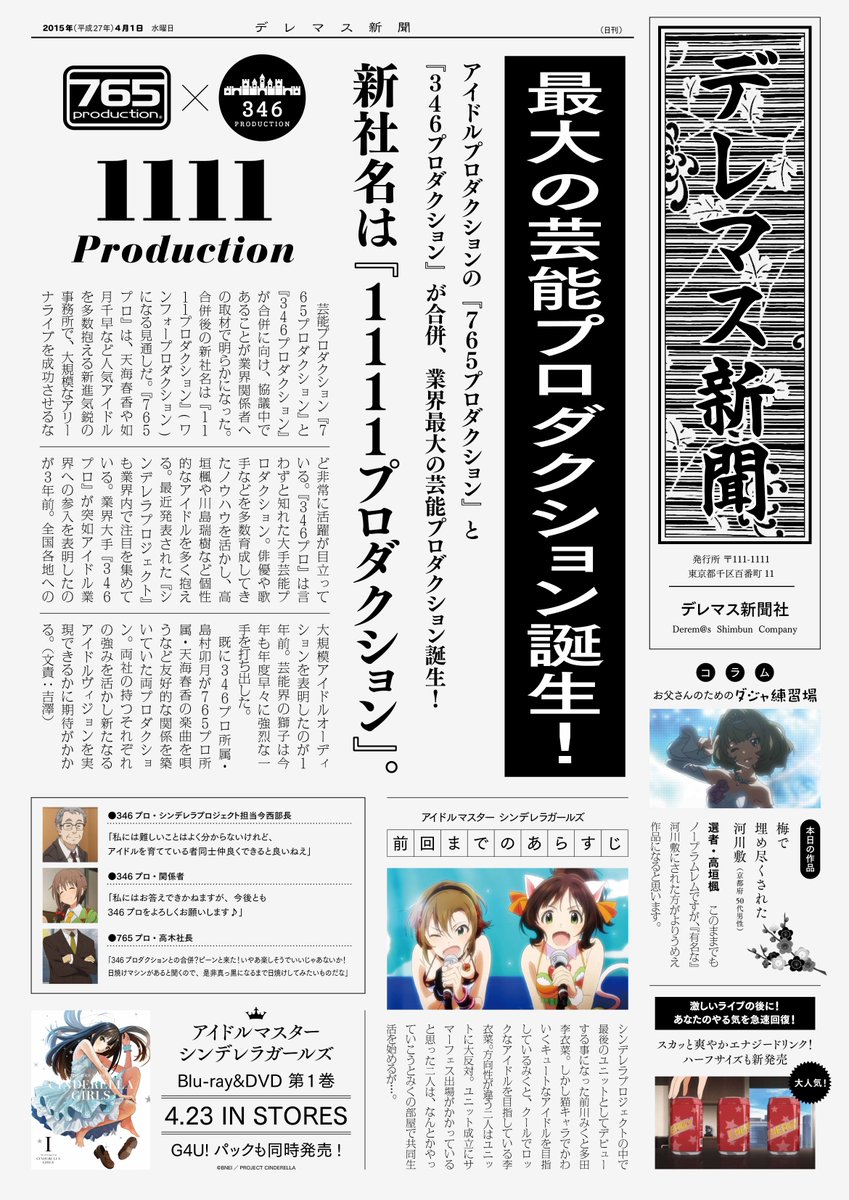 Wake Up, Girls!
The YouTube channel of distributor Avex Pictures uploaded an edited music video of the theme song "Tachiagare!" It featured an extended clip of seiyuu Minami Tanaka, who voices the food-loving Minami Katayama, eating sandwiches. The new music video was titled "Meshiagare!" ("Let's eat!") and has since been removed. Working!!
The official website of the series announced the new video game Wagnari Untouchable!! to commemorate the franchise's 10th anniversary. It features 100 million ways to raise each of the main characters. AKB84
The six-person seiyuu unit AKB84, composed of Kenji Akabane, Marina Inoue, Ryouhei Kimura, Toshiyuki Toyonaga, Yoshino Nanjo, and Yuuki Ono was announced. AKB is derived from Akabane's name, while 84 refers to the year in which all six seiyuu were born. 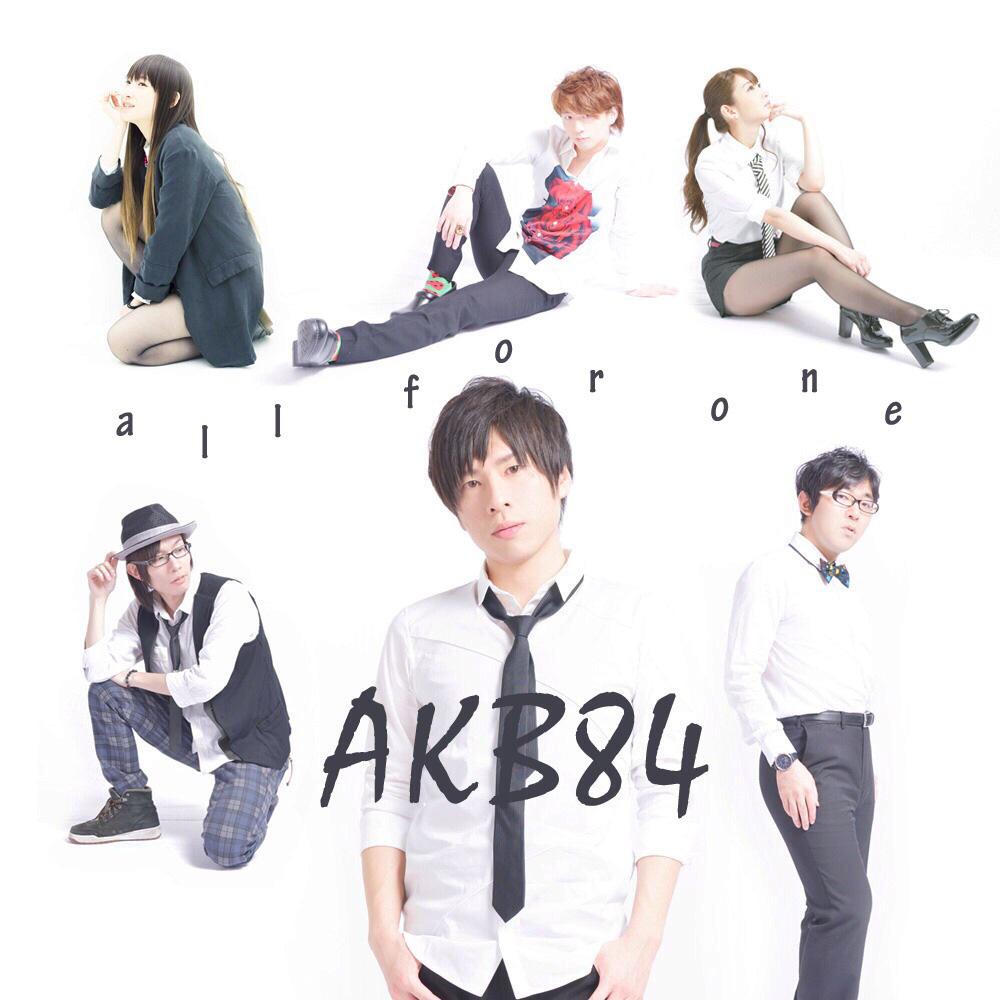 Kagawa Prefecture Tourism Association
The official website of Kagawa Prefecture posted an advisory that 800 of the Pokémon Yadon (Slowpoke) have escaped from the prefecture's secret research center. 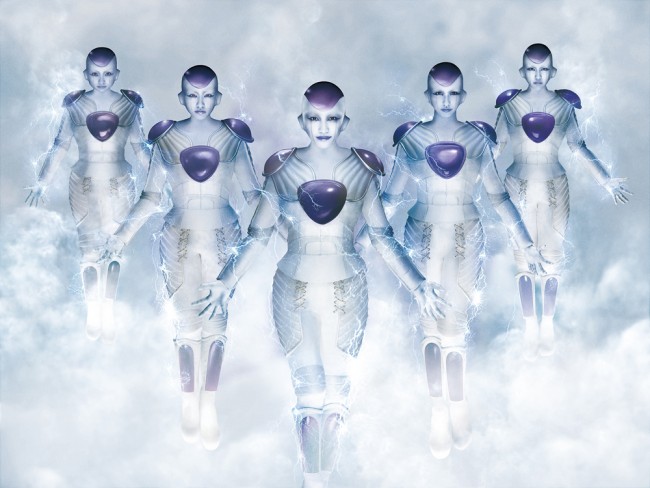 LONGLONGPhone 4.1S
"The era of scrolling has ended." Manga reading app Comico announced it is giving away 100,000 free units of a foldable long-screen smartphone that allows users to read manga while cutting back on scrolling.

LOL. These April Fool's jokes are damn funny. Gochuumon wa Mahou Shoujo? Wish that is real. Mushishi & Toaru also LONGLONGPHONE exceeded my expectation. Next year I will be sure to scroll through the official anime websites for a laugh.

that Accelerator trap though o.o

Omg that pv for toaru kagaku no suzushina yuriko. That was priceless xD

And the udonken shinbun's one with the slowpokes. Lol at the whole explanations about a secret project which started 50 years ago on an island and so on xD

EDIT: as specified in the article about slowpoke, those spotting a slowpoke on the run posted their pic on twitter. here's the result : https://twitter.com/search?f=realtime&q=%23sanukiyadon&src=tyah

I didn't even notice Machi disappeared in that Hanayamata pic the first time I looked at it.

I didn't know Inoue and Jolno are both 31 this year. I thought Jolno was pushing 35.

Fem-Accelerator would have been pretty goddamn weird.

I really love the Nisekoimonogatari one. That was cute, wish it was real.

The Mushishi one was funny.

Antearion said:
I knew Nisekoimonogatari had to be a joke, because the budget for all those head tilts would put Shaft out of business.
Tilt ALL the heads![/quote]Nisekomonogatari could also technically be Nisemongatari + Koimonogatari lol

Ginko looks hot in this one (nearly looks like Gintoki in that cover lol), my sexuality is wavering again

Shirobako
The Twitter account of mangaka Takeshi Nogami, whom the character Takezou Nogame is based on, announced a TV anime adaptation of the fictional manga Dai San Hikou Shoujo Tai. The tweet has since been deleted. Episode 1 of this fictional anime will be bundled with the seventh Blu-ray and DVD volume of Shirobako on June 24, 2015.

Not gonna lie, this should not have been an April Fools joke.

I want them to be like "hahahaha jks" at first but then eventually realize that Shirobako fans would actually watch this if it happened.

...but they'd have to credit the actual Shirobako characters as opposed to themselves to stay in character. XP

I lost all of my shit at Mushi-shi: The Perfect Love.

Haha, Nisekoimonogatari and Peeping Life Milky Holmes really got me. The Touma and Accelerator one was quite funny, too.

And I really feel like a folding long smartphone wouldn't be a bad idea... It'll bring in the stubborn flip phone users and add even more of that screen space that people just can't seem to get enough of.

smileyboyrocks said:
Lorihime said:
Does anybody know if the news about Noragami second season are true or not?

That one was true, from what I can gather. I think it was actually announced before April Fool's Day, and I can't imagine Bones joking about that. That's the kinda stunt that can potentially alienate fans (see also, the Kokoro Connect "scandal").

Okay, thanks a lot! Looking forward to watching it, first season was simply awesome >.<

OMG the Hanayamata one! I didn't like Machi so...
And I would watch a Live Action Wixoss movie... Real life Aki-Lucky and Iona!!

Wonder how long it will be before someone starts a petition to get Shaft to make Nisekoimonogatari a reality. That would be awesome, even if it is just an OVA (for starters).

I would really watch Gochuumon wa Mahou Shoujo Desu ka?, damnit. While Hello!! Kiniro Mozaic is the ultimate dream of Shino, lol. Nisekoimono was as cute as it sounds, Shaft knows how to tease.

Shirobako was quite tame and more of a self reference fanservice. Milky Holmes is quite believe-able, lol. After all we are talking about Milky Holmes here, nothing sacred. To aru index is quite cute, we all know Accelerator x Touma is just waiting to happen, and that Accelerator troubled face is gold.