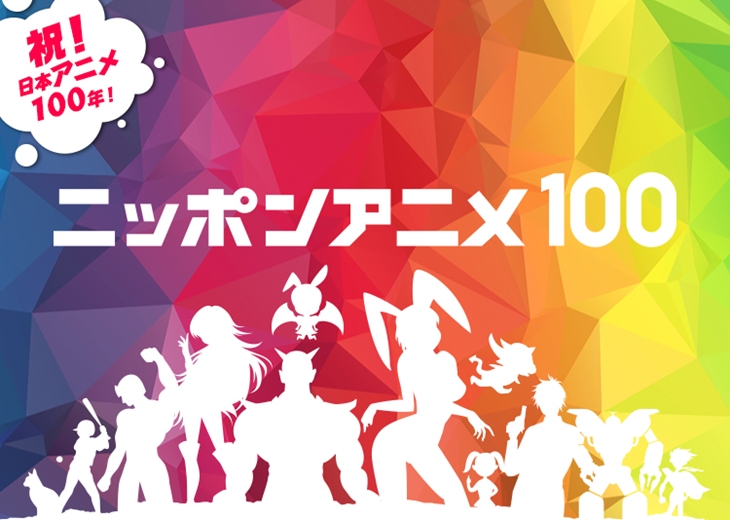 To commemorate one hundred years of Japanese anime history, NHK has announced a list of 100 Best Anime on Wednesday at NHK BS Premium. The list is based on the audience's votes regarding their best anime that aired until September 2016; which was held between January 8 to March 31, 2017. The 3-hour program featured seiyuu interviews, promotional videos, polls, anime clips, commentaries, and talks about the industry in-between rankings. A variety of anime were also honorably mentioned but are not ranked such as Kono Sekai no Katasumi ni and Yuri!!! On ICE.

The list for ranks 101 to 400 has also been announced on the official website prior to the announcement.

ImSorryUrWelcome said:
Taizaki-han said:
I only have 1 question, Where is KONOSUBA?

Thanks now I feels better.

Taizaki-han said:
I only have 1 question, Where is KONOSUBA?

To anyone about to complain about this list ----> it's from actual Japanese taste, it was made with profit in mind, and it's from 2017. Dont forget that and have a look at this current list to see if it meshes more with your vibe

xdiogo630 said:
Horrible list. Whoever made this has the taste of a 5 year old

Japan has great taste for having Madoka in the top 3

I only have 1 question, Where is KONOSUBA?

Ok, I am gonna fall into a midlife crisis. Why the hell is SAO above Clannad: After Story? Why is Love-live so high? Why is Tiger & Bunny so high? Is this like a popularity vote or something?

Great to see my One piece in the list. :)

Hraktuus said:
The responses to this list are pretty hilarious. Of course the Japanese aren't going to have the same tastes as weeaboos. The top anime on MAL just plain aren't the top anime over there. Yes, believe it or not, FMA:B is not the masterpiece many of you think it is, and SAO is not the lowest piece of crap many of you think it is. And I'm not saying the opinions on these are entirely wrong, but the overwhelming love or hate of many of these shows has more to do with groupmind that actual objective analysis.

Take a look at this site. It's sort of a MAL equivalent:

Note the positions of shows like Steins;Gate, Bakemonogatari, Attack on Titan, and SAO. There are many similarities to the rankings on MAL, and some of the same shows are in the top 10/20/100 etc. But it demonstrates very well how the Japanese don't think FMA:B is the god of all shows and just how many more them love SAO than hate it like here.

Now, I'm not acting like that site is the end all site for all Japanese anime rankings, but it does prove a point. Their group taste is significantly different than MALs group taste (and IMO they have better taste).

I also think one of the huge flaws in MAL that has to be accounted for is that ratings for subbed and dubbed versions of anime aren't separated. An anime that is an 8 subbed can easily become a 7 dubbed. MAL has nothing to compensate for this problem. It's no different than how the PC version of a game might be terrible due to being a bad port of a console game (or visa-versa), even if that game on console was fantastic and highly rated. Sites like Metacritic separate the ratings based on platform. I really think MAL should do the same based on subs and dubs. You could still have an overall combined rating, but it would be interesting and possibly enlightening to see the separate sub and dub ratings.

The problem with separating rankings for dub and sub is the elitists who only watch sub because "sub is always better." They are already biased against the dub and would probably always rank the dub lower no matter the quality or just never rank the dubs. Generally speaking modern dubs tend to be of the same quality as the subs. Even if you see a difference in quality it usually isn't very bad. You may have a preference for one voice actor over another, but we don't have the bad dubs we had back in the 80s and 90s.

It blows my mind that some of the same people who almost worship Japan and it's anime like :I only watch sub, I'm learning Japanese, the West should have zero influence on anime, I watch anime because I'm bored with western shows, are throwing a fit over Japanese tastes. You love the culture of Japan until you don't agree with it.

TheLonelyCynic said:
What an interesting list...
WHAT THE ACTUAL F IS THAT PROFILE PICTURE DUDE YOU NEED HELP

Horrible list. Whoever made this has the taste of a 5 year old

I would've loved to disagree but I haven't even seen 85% of the animes here so here we are..

Happy to see Cardcaptor Sakura in some top 10 list

What about any of that is the best? The top 10 got me like

Tiger and bunny is the best superhero anime ever.,..worthy of top10 because of the banter alone...but cowboy bebop not being higher is strange and was death note or monster on this list...didn't see bleach rather(guilty pleasure of mine) and man SAO haters annoy me...it's like a fanboy group of haters