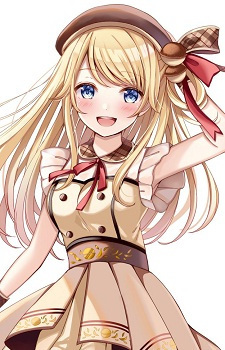 -Aquamarine Jan 28, 9:21 PM
Alright thank you for the info. Best of luck during covid!
Take care and stay safe during the pandemic.

I am following your forum recommendation and rewatching Inuyasha Final Act since my memory is foggy.
I will get a better understanding of the series and the facts straight.
But will Shippo show up in the sequel?

itanna Aug 25, 2020 12:35 PM
Hi! Can I ask where you have been reading Kyokou Suiri? I have been looking where to find chapters for while with no luck.

todd2580 Sep 21, 2019 3:48 PM
so you're putting the angry face emoji on J.C.Staff for rushing UQ Holder and that's actually Kodansha , Lawson HMV Entertainment and GYAO's decisions for giving them 12 episodes only to adapt the source material you better check the production committee of each anime instead of just blaming studios who're just works for hiring also it's the anime industry we're talking about here lmao

hazarddex Jul 15, 2019 7:15 PM
you know somthing that's been bothering me with newer nanoha stuff in general is where the hell did arf go?

Vi- Apr 26, 2018 6:05 PM
Yes, I would say 'I will watch a second time" but when I start to remember the various scenes I disliked I start to feel uninspired to do so.
I would do that to make sure of my feelings and correct a possible score vies =P
Well, I can do it when the second movie release, so I watch again the first and then the second.

Vi- Apr 25, 2018 9:13 AM
ye... actually I was waving from 5 to 6 and vice versa.
I didn't like the fact that Nanoha and the others looked so weak and incapable, that bothered me... also there are other things.
if possible I would give it a 5.5 ><
on mydramalist it is possible to give scores like that... could have be the same here.
Oh well... I... don't know +((( When I start to think I disliked more than I liked, so I think 6 wouldn't be right.... I probably gave 6 because how I like the franchise in general. But giving 5/10 wouldn't bother me since indeed I got disappointed =/

-Elevate- Mar 15, 2018 10:06 PM
oh okay thanks man, also I am not japanese and can't read it either :[ but thanks for your efforts anyway. I heard that the manga of index kept out two important arc that were originally in the LN which is the parent resource material of the manga. That's why I decided to read the Light Novel instead.

regarding the picture. The card falls in the category mentioned by me of: "The ones who actually have the duo chromia illustrated is in a darker shade".

Lo mate, the point is not whether asuna has duo chromia or not. The point is that in UQ holder adaptation they went with the original negima adaptation shade and colors instead of the manga one.

If you remmber in the negima anime adaptation (first one), Asuna's eyes were a brighter, shiny shade. Same in the anime of UQ holder.
While in both mangas, Asuna has a darker bare noticeable shade. Which is why in many other artworks of her (Including other akamatsu ones because before I made the post I searched every art of asuna in google to compare), most times she appears with dark blue eyes and some rare ocations shows the duo chromia, but in a darker shade, barely noticeable.

But the point is not whether she has or not.
Is that UQ holder when with the anime design, and if it means its a direct link to the anime version of negima.

because like with dragon ball, both manga and anime are their own universe canon version.

ThatRandomDude Dec 18, 2017 11:18 AM
sigh....
first of all my comment of asuna was not for you. it was a general topic to go back to the episode 11 discussion.
Second, Asuna's duo chromia eyes is random in the original manga. some manga covers showed it, but the shade of her eye color is so dark is almost unoticeable. Also the colors were not green and blue. It was a gray shade of blue and a dark green on the other.
The anime is the one who makes this more noticeable by brightening the shade.
The gray-tone pages of the manga does not show her duo chromia and most color manga covers, her magistra card and another appearances shows her with blue eyes instead of duo chromia.
Go check it. I already did on google search/images. Most cover arts doesn't show Asuna's duo chromia in manga version. And the ones who do show, its a dark shade barely noticeable. And the panel pages doesnt make a difference at all.

they are not selling their physical copy that have been translated into my main language or english...

and lag is also quite far, more than 50 chapter