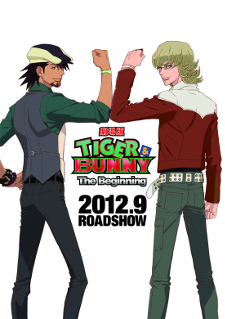 According to the official website, a special program called "WEEKLY HERO COUNTDOWN" is currently being held, where those who have bought an advance ticket may use the inscribed serial number to place one vote for the hero that will shine in the last scene of the movie. The vote rankings will be announced weekly until the end of the program on July 3rd. The top 5 heroes will be considered prize winners, and each hero will be granted time on-screen at the end of the movie, respective to their rank. The site states 5th place will have 15 seconds, while 1st place will have 3 minutes. 1st place will also be granted the title "KING OF MOVIE HERO", as well as a probable separate event dedicated to that character.

lol obvious popularity vote is obvious.
Surprisingly, Blue Rose is last at 8th with Dragon Kid at 7th, looks like the fujoshis are on to this..trololololol

haha .. agree with this

lol obvious popularity vote is obvious.
Surprisingly, Blue Rose is last at 8th with Dragon Kid at 7th, looks like the fujoshis are on to this..trololololol

Tiger-san because that blonde faggot got too much screen time.

c'mon, he needs an episode.

Lauriet said:
Sky High or GTFO.
wild tiger or gtfo, he is the true king......king of fuck ups but still a king

Sweet, I wonder who will win.

I shall support and let's make this hero emotionless-loli-tsundere!

You have my condolences, sir...

I shall support and let's make this hero emotionless-loli-tsundere!

He is awesome, yet one of the least popular heroes.

They should have held a voting back then on who wins the Anakin vs Obi wan fight, with possible choice Anakin beating everyone but still jumping into the lava on his own as he's an emo pussy.